A post on the great blog When Topps Had (Base) Balls! about the 1973 Gerry Moses card got me to thinking about the number of pictures in that set that show the Orioles playing at Memorial Stadium.  After looking through the set, I realized that there are a number of Orioles and Indians cards that appear to have been taken at the same game.  Doing some research on Baseball Reference.com, it looks like 10 different cards in the 1973 set came from a Sunday afternoon game played at Memorial Stadium on May 28. 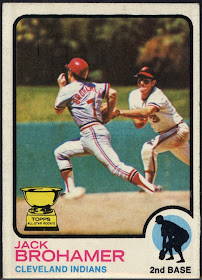 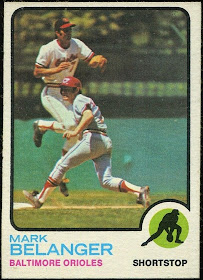 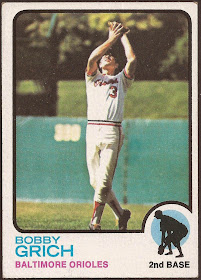 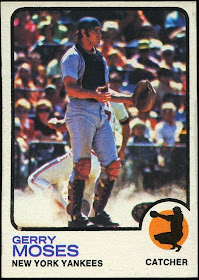 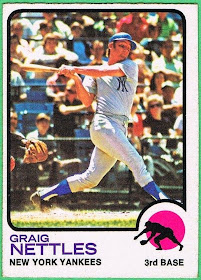 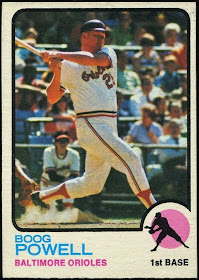 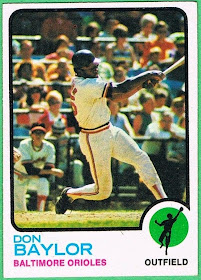 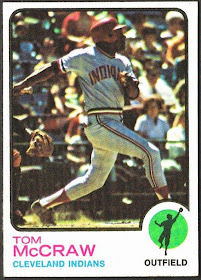 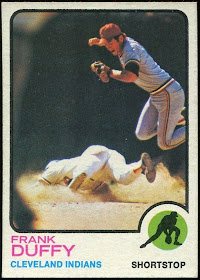 And finally, we have Jim Palmer's 1973 card which shows him pitching at Memorial Stadium.  While there is nothing to confirm that this was taken against the Indians, Jim did pitch a complete game against the Indians on May 28, and got the win 5 - 1.  Given all the other pictures that seem to be from this game, I would say the Palmer card is from that game as well. 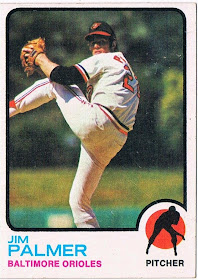 I'm not sure what the record might be for number of game used photos from a single game being used in 1 set, but having possibly 10 cards from the 1973 set coming from one game is pretty impressive!
Fleerfan at 4:53 PM