Today we cover yet another release from Fleer during their very productive period during the early 1970's.
In 1970, and again in 1971 Fleer released a set of cards depicting each year's World Series matchup. The artwork for the 1970 set (at least some of it) can be traced back to a set that was originally released as a privately marketed set by artist Robert G. Laughlin a few years earlier.

Using the 1966 World Series card as an example, lets take a look at the various cards.

In 1967, the Laughlin set was produced in B&W, and featured a cartoon highlighting each World Series: 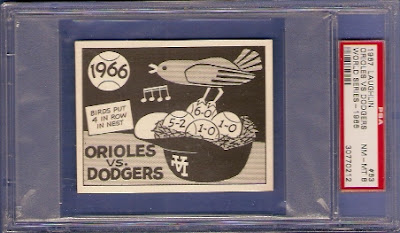 Then in 1970, Fleer worked with R. G. Laughlin to produce a color version of the set. Many cards retained much of the artwork from the earlier set like the 1966 card (although there are some minor changes): 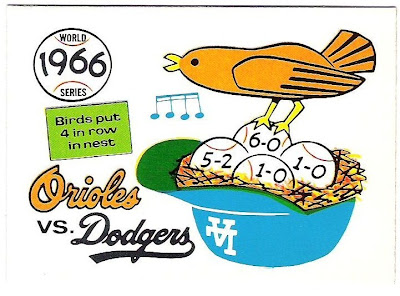 Some designs however were completely changed, such as the 1943 World Series card: 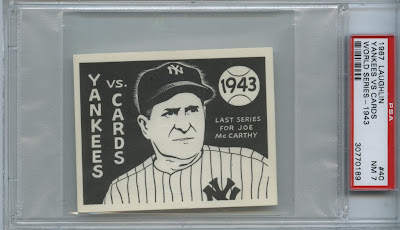 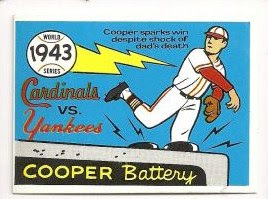 In 1971, Fleer issued a new series of World Series cards, with completely new artwork and added the MLB logo: 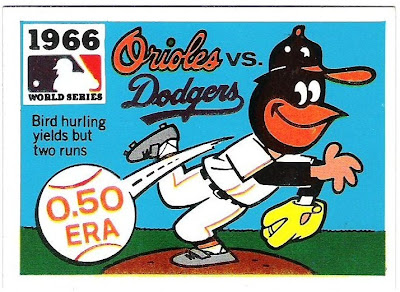 The backs also changed significantly. The card on the top is the 1970 card, which has blue writing on the back. The 1971 card is pictured on the bottom, and has black writing. The text is completely different, and the 1971 card also summarizes the scores from each game: 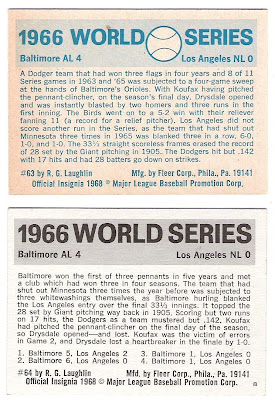 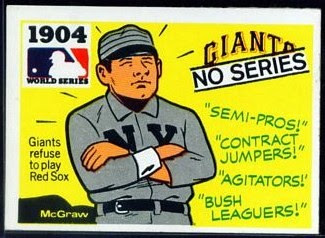 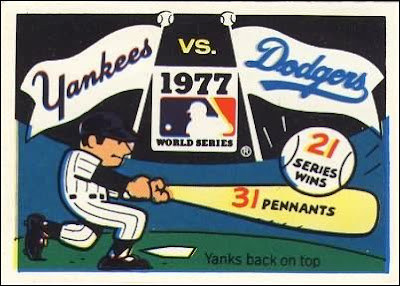 and included the same back design and continued the numbering from the 1971 set: 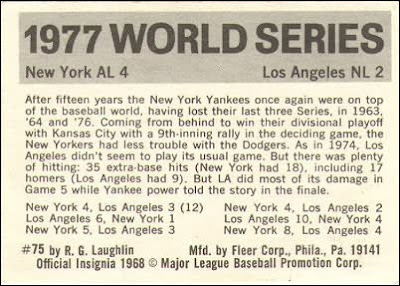 Many collectors are familiar with the 1971 designs as these later appeared on the back of the 1980 Fleer Baseball Stickers (although the set only went back as far as the 1940 World Series it did add the 1971 through the 1979 Series): 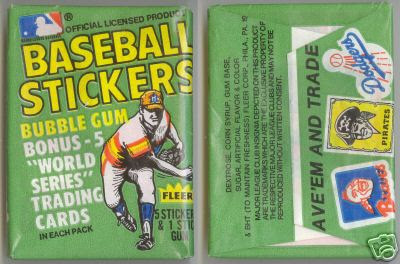 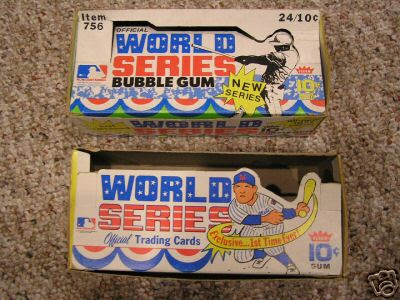 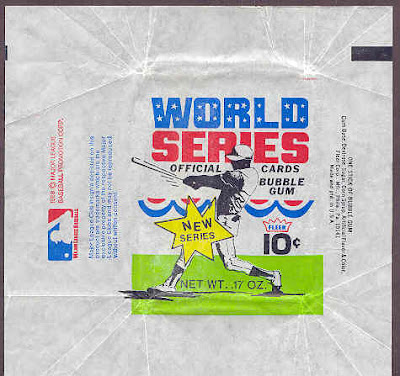 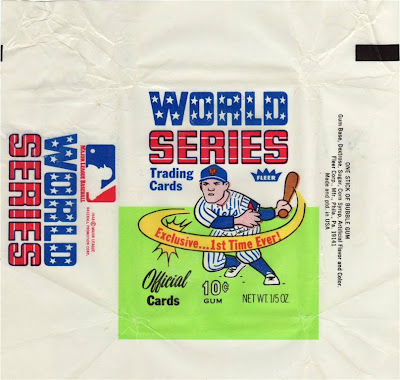 To wrap up the review, here is a sample of some more of the 1970 cards: 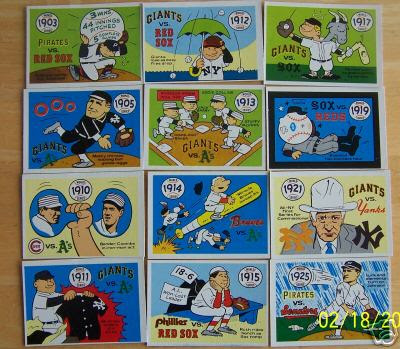 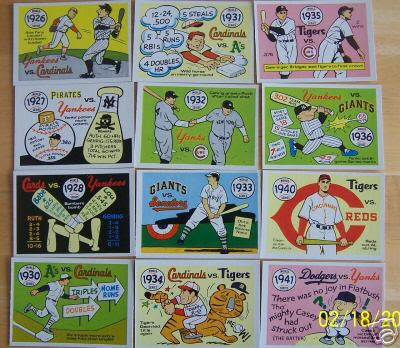 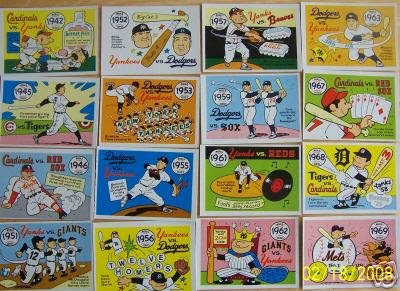 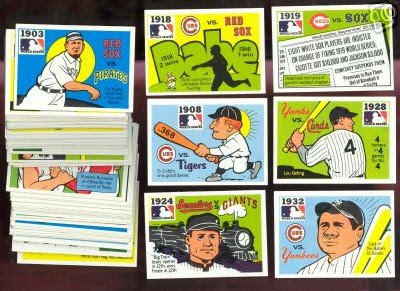 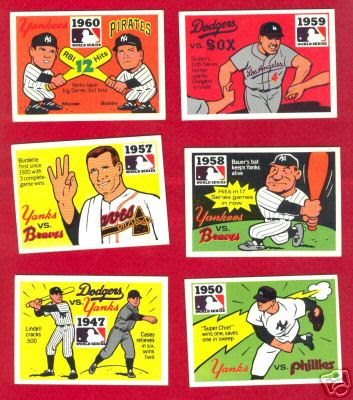 Updating a set like this to add the last 28 years worth of World Series matchups (has it really been than long since I was buying those 1980 Fleer Stickers with the World Series backs!) would make a great Fleer insert set for an upcoming Fleer release. They could even, dare I say it, put a logo sticker on the other side and make it one of the best retro inserts of the year!

Upper Deck - are you listening?
Posted by Fleerfan at 8:07 PM

I just stumbled upon your blog. Thank you for the detailed information, I have always loved this set and one day I plan on putting it together. I would love to see them continue the set with WS from 1980 to present.

My father in law just gave us the 1971 set of cards last night and told us to see what they were worth. I know NOTHING about baseball card and Ebay isnt much of a help hahaha. The set isnt comeplete, it is missing the 1936, 1939, and 1955 cards. The rest are in mint condition. Just wandering if you know where I could go to look for the value of these cards. My email is kyewatson@bellsouth.net
Thanks,
Angie

I have quite a few of these cards as well. Can you also tell me where I might turn to find out if they are worth anything. My email address is Preconman@live.com. Thank you.

I would like to know the value of a 1968 complete set of the laughlin world sereis cards. I have three complete sets,and five incomplete sets.I was wondering if it was worth my time to complete the sets for a possible sale..my email is blue_oysterc@hotmail.com Thankyou,,Perry