With the Buffalo Bills, we get to see the first example of a significant helmet design change. The 1972 / 1973 design with the single bar face mask has the standing red buffalo 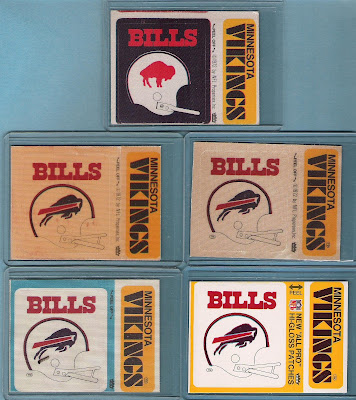 There are 3 logo cloth patch variations as the same logo patch was issued for 1972 through 1974 as seen below on the left: 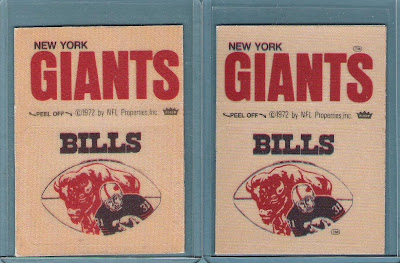 with the 1975 version with the TMs on the right.

The 1976 Fleer cloth patch (on the top) and the 1976 Hi-Gloss sticker (on the bottom) both have a green border around the Bills logo: 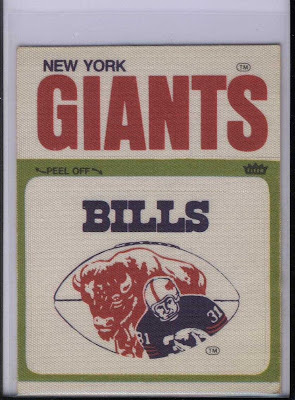 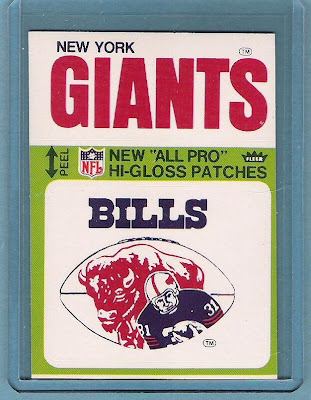 Thanks once again to Craig for sharing his scan of the 1976 cloth patch.
Posted by Fleerfan at 8:30 PM