Since I first wrote about the 1967 Fleer Baseball Emblems Cards & Cloth Patches almost 10 years ago, I have slowly been making progress on finding images for this extremely rare set.  That process was helped greatly when John recently contacted me looking for some Emblem cards to complete his set, and was kind enough to share the cards in his collection: 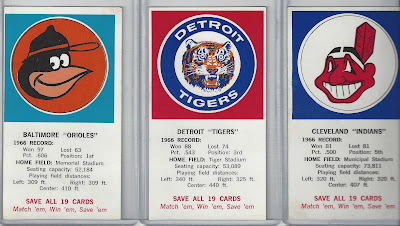 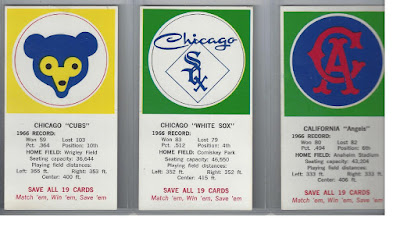 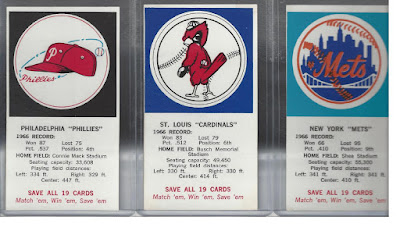 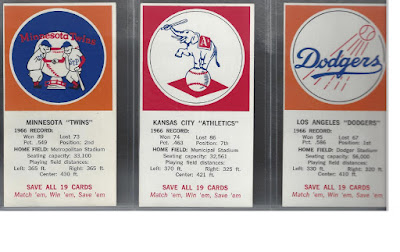 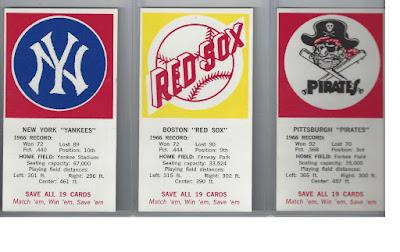 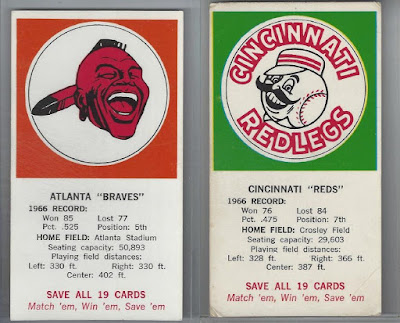 John has done a great job in tracking down these rare cards, and is now only looking for the Senators and the Giants to complete the set. Even though there were 20 MLB teams at the time, there are only 19 team emblem cards and team cloth patches as the Houston Astros did not have an Emblem Card or Cloth Patch for either the 1967 or 1968 sets, as there were licensing issues that impacted not only Fleer, but Topps as well. 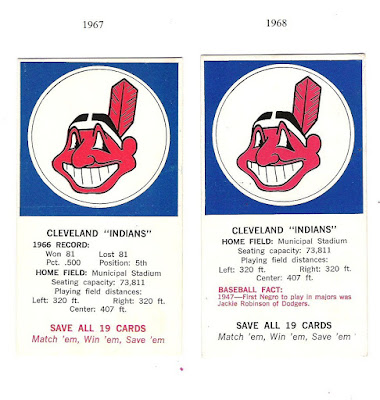 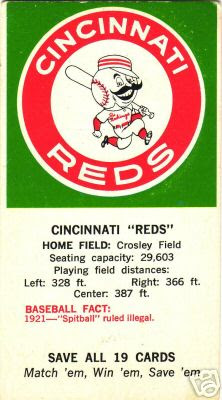 The other team with a significant change is the A's, who are in Kansas City in 1967, but in Oakland in 1968, although the logo remains the same.

For a more detailed look at the 1968 set, please see my review of the set here.

As for the Cloth Patches, the 1967 patches are almost impossible to find.  In the nearly 10 years since I first wrote about these, I've only been able to find pictures of 8 of the 19 teams.

The 1967 Cloth Patches are nearly identical to the 1968's except for the fact that the 1968's include the directions "PEEL OFF HERE" and dotted lines around the logos while the 1967's do not.

Here is a comparison showing the differences on the cloth patches between 1967 and 1968: 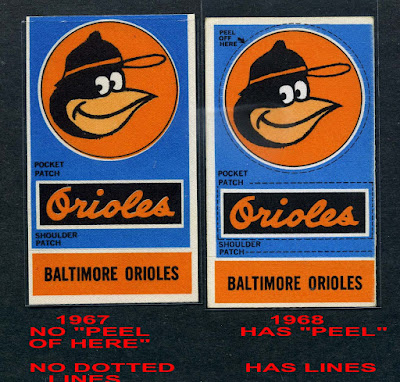 In addition to the Orioles, I've only been able to find pictures of the following 1967 cloth patches: 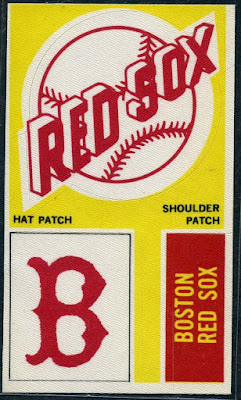 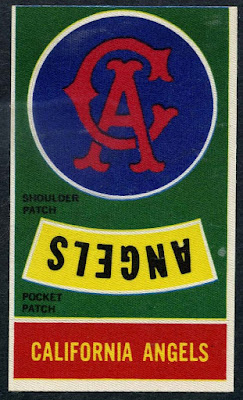 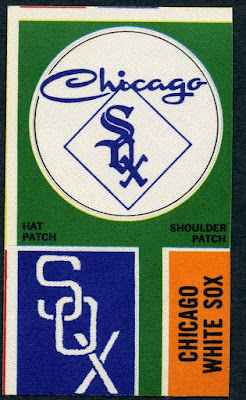 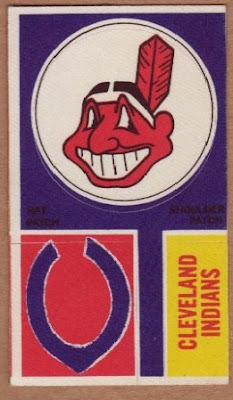 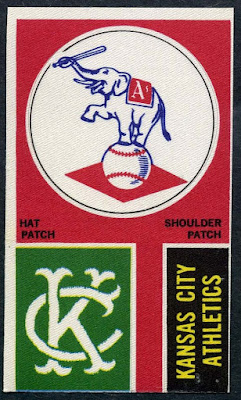 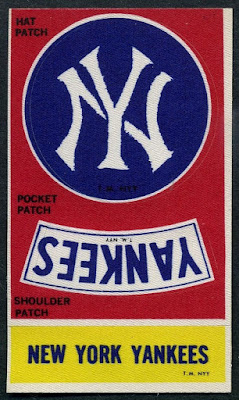 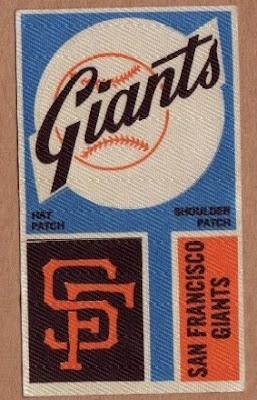 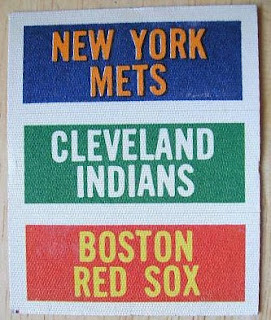 I have no idea of how many variations of these there may be, or if there is a way to distinguish the 1967 patches from the 1968 patches (other than the fact that any patches with the A's would either say Kansas City in 1967 or Oakland in 1968). 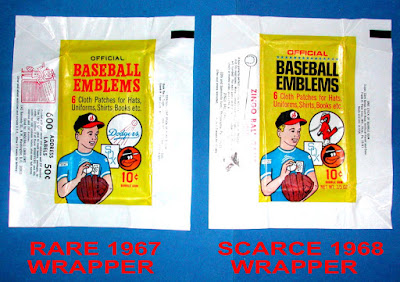 In each pack, there was one large team Cloth Patch sticker (consisting of 3 patches), and one of the smaller trio stickers (with 3 team names), which make up the 6 cloth patches in each pack.  In addition to the patches, there was also one team Emblem card in each pack, which was included to give the pack some stability, but it is not mentioned on the pack (as were none of the other various cards inserted with cloth patches over the years for some reason).

Finally, here is a look at the box the packs came in: 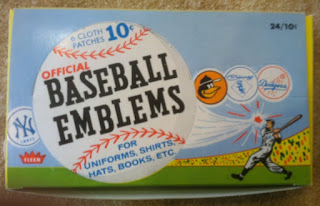 Many thanks to John for sharing his collection of team emblem cards, and for giving me a great reason to update my review of this set.
Posted by Fleerfan at 10:53 PM

Great post. I've never seen these before, but I'm a huge fan of the cloth patches. I've picked up some of the 70's ones over the years.

Wow. The more I learn the more I realize how little I actually know on some of these issues. I am struggling to complete the 1968 cards, let alone the stickers. Now there are 1967’s to find as well.

Thanks for the information.