After the 1962 Baseball Decal Stickers, Fleer did not issue any logo related items until 1967.

In 1967 Fleer produced what are sometimes considered "test" issues of 3 different items:

The first 2 items are sometimes called "Tallboys" given that they are larger than a standard size baseball card. The Logo cards are 2.5 x 4.5 and the Cloth Patches are 2.5 x 4.2.

I have no information on how these were sold. I'm not sure if all three came together in a pack, or whether there were different packs for the various issues. Presumably the Logo Card was inserted with the Cloth Patch to give support to the pack - otherwise the pack would be very flimsy. I know for a fact that Fleer inserted some type of card with each of their cloth patch issues in the 1970's, so I assume the Logo Card and Cloth Patch came together in a pack. I assume the "Trio" patch was in the same pack as well, but I have no confirmation of this.

The Emblem Cards, Emblem Cloth Patches, and "Trio" Cloth Patches would be issued again in 1968 and would look very similar (another Fleer Variation !). I will cover the 1968 set in my next posting.

Here are the 2 Team Logo / Emblem cards that I have seen: 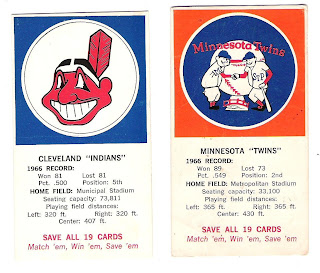 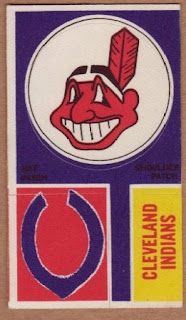 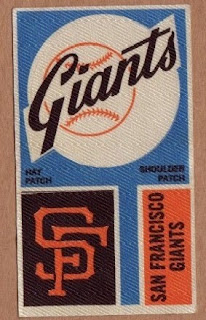 Little did Fleer realize at the time, but with the production of this issue they would go on a 26 year run of producing baseball team logo stickers in some form or fashion. The Cloth Patches would be issued from 1967 - 1975, with glossy stickers taking over after that until 1992.
Posted by Fleerfan at 9:22 PM

fOR THE 1967 CARDS -- PRESUME THAT THERE WERE 20 CARDS FOR 20 TEAMS? I AM MISSING KC/OAKLAND AND HOUSTON -- WERE THESE EVER MADE AVAILABLE?

There is a KC Athletics Emblem Card and Patch, but no patch or card for the Astros.

There apparently were issues with licensing the Astros logo in the late 60's, which is why the 1968 and part of the 1969 Topps sets didn't show any Astros logos and referred to them as Houston instead of Astros. Fleer must have had the same issues as Topps in not being able to license, so there are no Astros cards or patches for 1967 or 1968.