Here is a picture of what I believe to be a 1972 Fleer Baseball Cloth Patches uncut sheet: 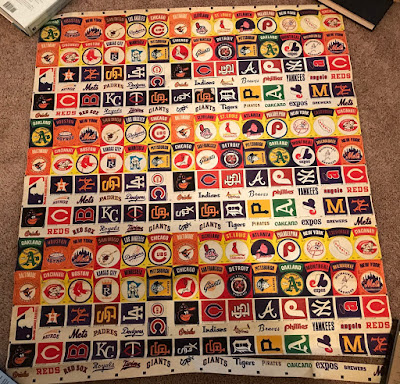 The reason I believe it is from 1972 is that there are no Senators or Rangers patches, so this would most likely be from the season when the Washington Senators moved to Texas to become the Rangers: 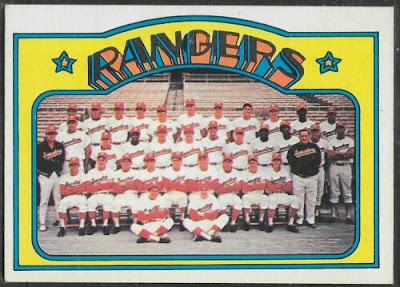 This sheet comes from the same person who provided a picture of a framed uncut Fleer Baseball Cloth Patches sheet from 1974 which I profiled previously: 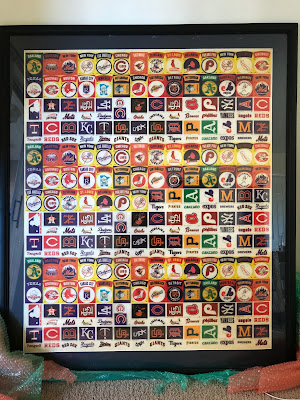 I dated that sheet as being from 1974 due to the lack of Padres patches as this would have most likely been from the year that they were planning to move to DC.

In comparing the 2 sheets, we can see that the Orioles replaced the Rangers on the 1972 sheet for both the logo patch as well as the cap patch. Presumably the Senators would have been in those positions on the earlier sheets.  The 1972 sheet also allows us to see the Padres, which were replaced on the 1974 sheet by a Yankees logo and a Cardinals cap patches, making those effectively double prints.

Other than these changes, the positions of the other teams all remain the same between the 2 sheets.  We can also see some of the logos that changed, such as the Indians logo and cap, the Braves cap (from a capital "A" to a lower case "a") and the Angels (from the lower case "a" in 1972 to the capital "A" in 1974.

I would like to thank the person who reached out to me and provided these pictures as they greatly enhance our understanding of these cloth patches and some of the changes that occurred over the years.