When Were the 1962 Fleer Baseball Decals Issued?

Thanks to some information recently provided by Ray from Cardboardgold4u, I am beginning to question whether the Fleer Baseball decals that are normally referred to as being from 1962 are actually from that year.  Based on decals that Ray has found of the Reds and the Senators, it appears that the decals with the red backs that are usually identified as being from 1962 may in fact be from 1960 or early 1961.

Lets start with how the sets are currently defined: 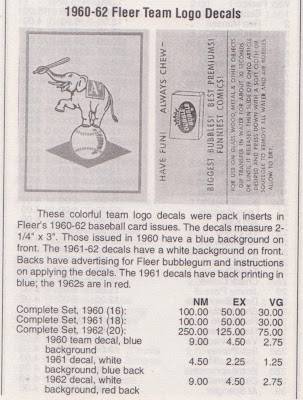 According to the SCD, the 1960 set has a blue background, as seen on these Reds and Senators decals: 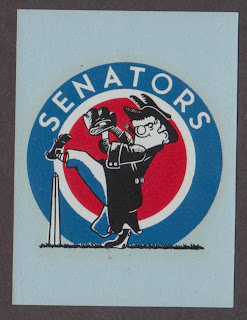 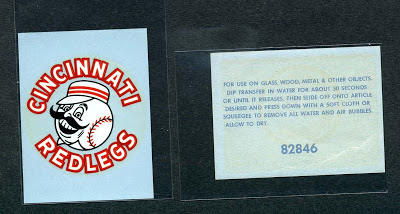 For 1961, the decals have a white background, and a blue back: 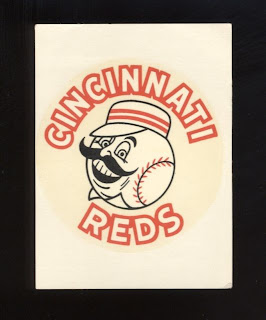 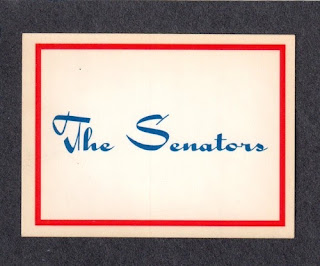 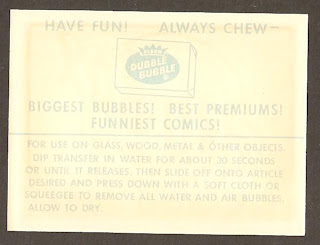 The "blue" back refers to the blue text for the Dubble Bubble ad.

Note the Reds decal has changed from Redlegs to Reds, and the Senators have a new logo since they were an expansion team in 1961 as the old Senators moved to Minnesota and became the Twins, which is why there is a Twins decal in the 1961 set. 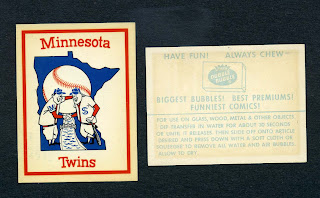 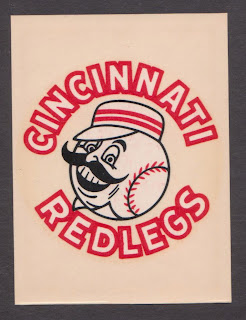 Why would the Reds have gone back to Redlegs in 1962? 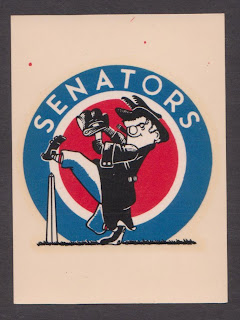 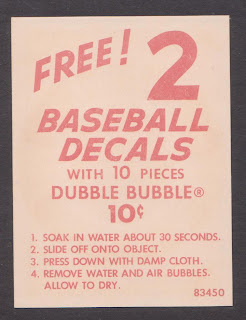 And finally, why has no collector ever come across a red back sticker of the Twins or Angels?  No Fleer collector I've spoken with has ever found a red back decal for these 2 expansion teams, and PSA has never graded a single example.  There only appear to be 16 decals with the red backs, so it certainly seems like this set would have been issued prior to the 1961 set given the lack of the expansion teams.

The SCD indicates there are 20 decals in the red back set, which would imply that there would also be decals for the Mets and Colt .45's that joined the league in 1962.  However, no Mets or Colt .45's Fleer decals exist, so this shows that the information in the SCD guide is most likely just a guess.

Since the SCD guessed there must be 20 decals in the set since there were 20 teams in 1962, I have a feeling they also guessed on the year.  The red backs are much more difficult to find that the blue backs which may have been why the SCD decided to identify them as 1962 since the 2nd series of the 1961-1962 Baseball Greats set is harder to find than the first series.

Another interesting thing to note is that the 1960 set has a number on the back (82846) and the red back set has a similar number (83450), perhaps something like a product code.   However, the 1961 set has no number, so that is another detail that doesn't seem to make sense that the red back set followed the blue back set.

The thing I can't figure out about the red backs is the promotion for 2 free decals with the purchase of 10 pieces of gum.  There is nothing on the decal explaining how to get the 2 decals (no address to mail the gum wrappers to to collect your decals), and I have not found any Fleer Baseball card wrappers that advertise sending in Dubble Bubble wrappers to claim the decals.

So, another possible explanation is that these were sold with Dubble Bubble gum, and did not come in Baseball card packs.  Perhaps there was a 10 pack of Dubble Bubble that came with 2 decals, or the decals were included in the gum display at the store, and if you bought 10 pieces you could get 2 free decals.  Or perhaps there was something on the Dubble Bubble gum wrapper or the Dubble Bubble comics about the promotion.  I have no information to back this up, but it would make sense given the different product # on the back of the decal and the fact that there seems to be no information on how one would go about getting their 2 Free decals by spending $.10 on Dubble Bubble.

Another possibility is that the red backs were initially prepared for the 1961 Baseball Great series based on the same design as the 1960 set, but were replaced after a small run once they were able to create decals for the Twins and Angels.

While we'll likely never get a definitive answer on when and how the red backs were issued, the Reds and Senators decals (and lack of Twins and Angels decals) show that it appears the red backs are almost certainly not from 1962.
Posted by Fleerfan at 9:03 PM 1 comment: