Reggie Jackson in the All Green A's Uniform

I came across this shot of Reggie Jackson in the rarely used green jersey & green pants combination worn by the Oakland A's: 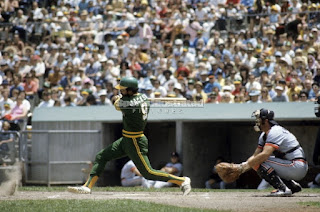 The photo credit indicates the picture was taken on June 6, 1973 (http://www.gettyimages.com/detail/news-photo/oakland-athletics-reggie-jackson-in-action-at-bat-vs-news-photo/108898985)

While SI did not use the Reggie Jackson photo, two pictures from that day were included in a Sports Illustrated article in the June 18, 1973 issue: 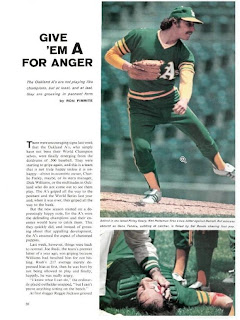 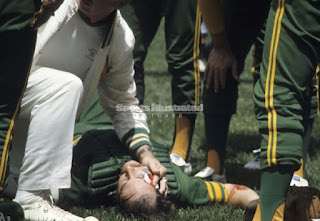 and here is a shot of Ray Fosse that was not previously published: 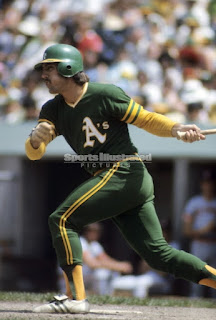 According to Dressed to the Nines, 1973 was the only year they wore this combination:

Along with the Orioles all orange uniforms 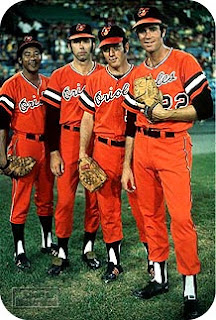 and the Indians all red combination 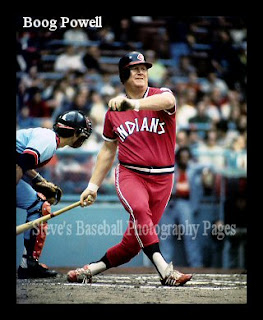 the 1970's provided some very memorable monochrome combinations that we rarely ever see today.  Love them or hate them, they definitely stand out.