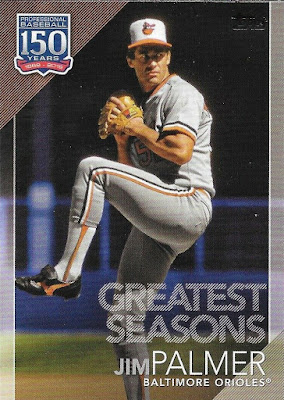 
So I'd like to ask the player collectors out there - if one of the players you collect ended up with a card picturing someone else, would you still feel it needs to go in your collection?  And if you also chase the parallels, would you try to track those down as well?
Posted by Fleerfan at 7:05 PM 8 comments:

I came across a great item on Pinterest where someone designed USFL helmets in the style of the 1977 - 1980 Fleer Team Action stickers: 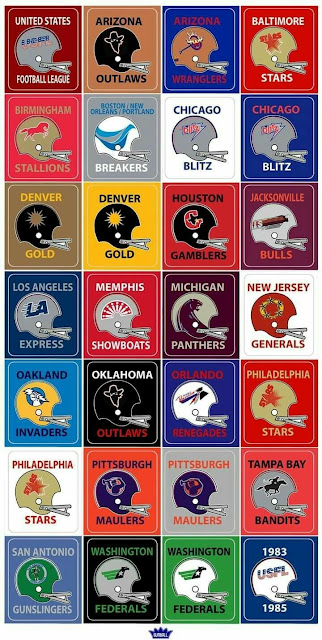 I also like that the creator (Gumball) uses the Fleer logo for their name.  Very nice touch.

I never saw a USFL game in person, but do remember watching some of them on TV.  Since I was not born when the AFL formed, and too young to remember the WFL, it was exciting to see the start of a new league.   Its a shame the league wasn't able to survive.

If you haven't seen the ESPN 30 for 30 documentary "Small Potatoes: Who Killed the USFL", I'd highly recommend you check it out.  Its a great look back at the league.
Posted by Fleerfan at 8:26 PM 4 comments: