Recently an item came up for auction that I thought I'd never see - a 1968 Topps Test Real Cloth Football  Patches wax box: 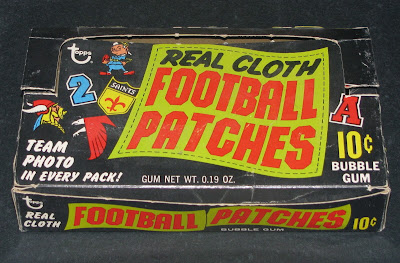 Up until now, the only picture of the box I had seen was the proof sheet that had been offered for sale by the Topps Vault, which I included in my review of the set back in 2010. 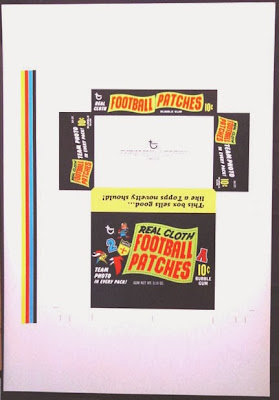 Given how scarce this test issue was, I didn't think I would ever see a wax box, so I was very pleased to see the seller posted a number of pictures of the box: 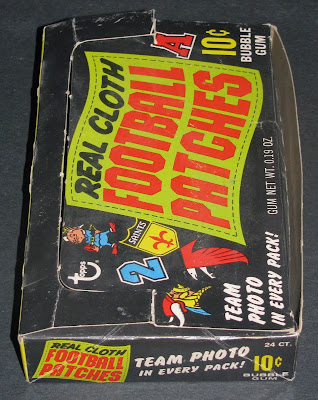 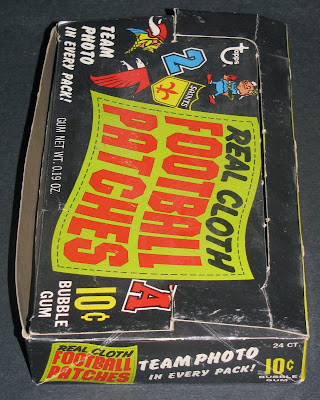 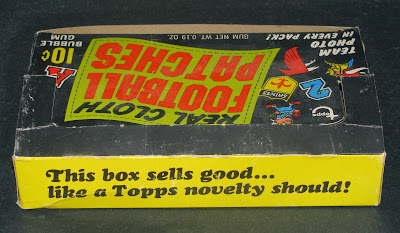 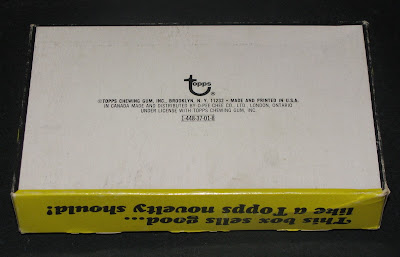 This is one of my favorite Topps test sets, with the colorful team patches and the oversized team cards, 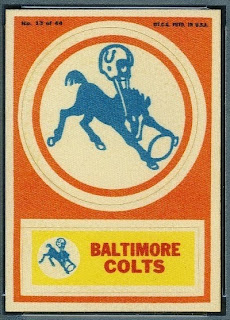 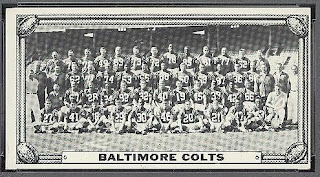 but unfortunately it was done on such a limited basis that the cards and patches are very hard to find, and therefore very expensive.

To give collectors a chance to put together a modern version of this set, I think it would be a great idea for Topps to incorporate this set into next years Archives Football release.  Just as they did this year honoring the 1971 Topps Greatest Moments (my other favorite test set) in this year's Baseball Archives set, 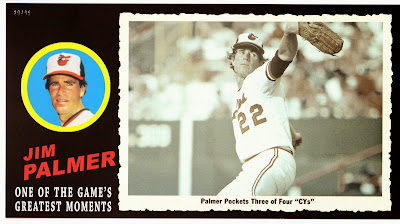 they could make the team cards box toppers (as they are the same size as the Greatest Moments), and include the cloth team patches a an insert set.  Are you listenting Topps?
Posted by Fleerfan at 8:16 PM 2 comments:

Since my original post on the 1988 Fleer NFL Team Action Football Stickers a few years ago, a few more sticker variations from the set have been discovered.

The 1988 stickers have the team name on the top which has a completely white background.  However, a few teams can be found where there is a red strip across the top.  While at first it may appear that this is just the result of a miscut sticker, if you take a closer look, you can see that the more common solid white top has a larger white space compared to the sticker with the red strip: 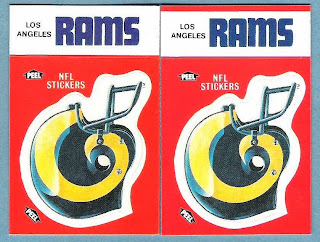 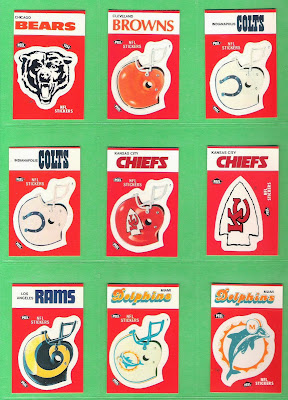 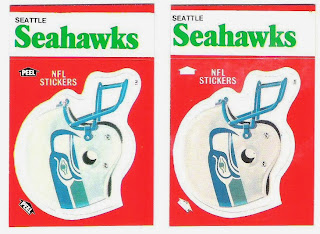 While this might just be a printing flaw, I am listing is as a variation as I've come across multiple versions of both stickers, which leads me to believe the Seahawks sticker with the red strip was likely double printed on the sheet, and one of the stickers had the normal Peel arrow, and the other sticker had the white variation.   I guess we'll have to wait until an uncut sheet surfaces to confirm.

If anyone is aware of any other stickers from this set having the red strip at the top, I'd appreciate hearing from you.