I saw this 1979 Topps Football sell sheet on ebay, and was quite surprised to see the Steelers logo on Terry Bradshaw's helmet. This flyer certainly gives the impression that the 1979 set would include team logos on the helmets based on the picture: 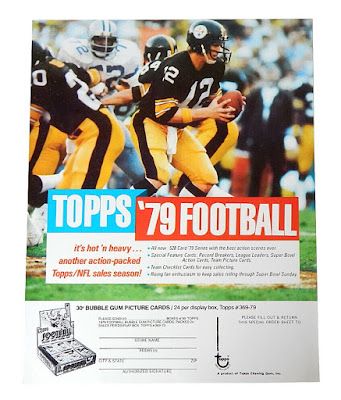 Alas, what we actually got was the same old airbrushed helmets that we had to endure for the entire decade as this is what we ended up with:
I' 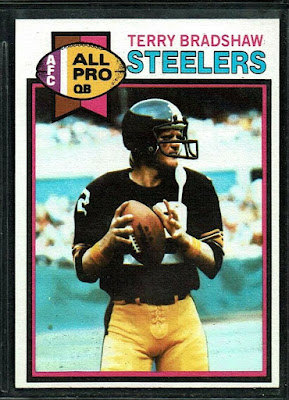 I'm guessing that Topps didn't bother to airbrush the sell sheet as that isn't a trading card, and they probably figured the NFL would not bother going after them over a sell sheet.

Here is a look at the other sports sell sheets from 1979: 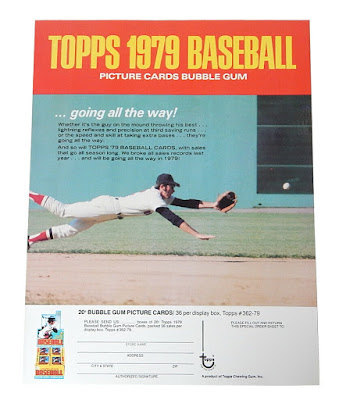 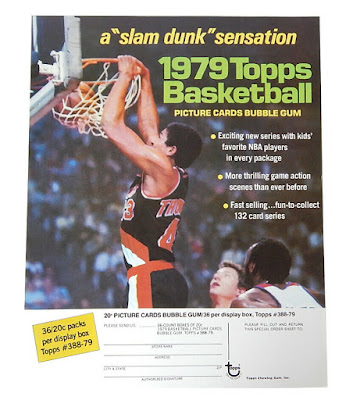 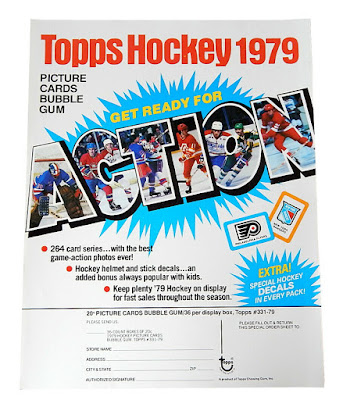 Oh to have bought a few cases of each of these and just put them away for about 40 years!

As we get ready for the most unique season in MLB history, I thought this would be a good time to show a Sporting News cover from 1967 that I recently came across featuring the artwork of Bob Laughlin with his representations for each team at the start of the season: 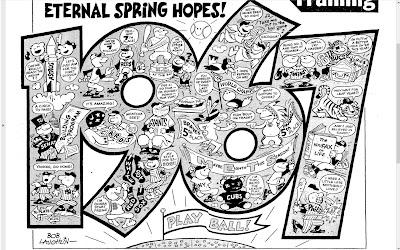 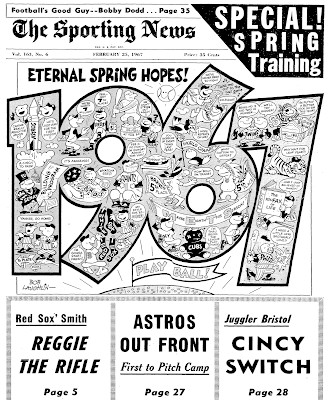 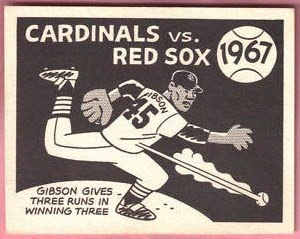 as well as the color World Series and other sets he did for Fleer and other self produced sets in the early to mid-70s: 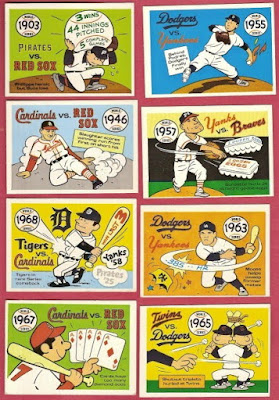 In fact, in his initial ad for the World Series sets, he mentions doing the above cover for the Sporting News: 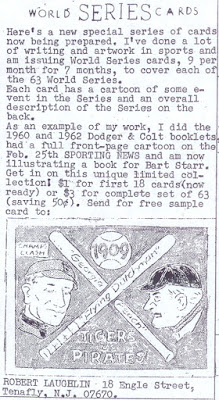 If you are interested in checking out The Sporting News archives, they are currently available through a subscription to newspaperarchive.com.  I bought a one month subscription and had a great time reading through articles from the 50's through the 80's.  The database is searchable, so if you want to search for articles on a particular player or team, you can quickly find the pages you are looking for.
Posted by Fleerfan at 8:50 AM 3 comments:

The Joys of Marking Off a Checklist in the Digital Age

As I've mentioned a few times on the blog, Wacky Packages were the first things I collected, and the checklists were what got me hooked on wanting to complee sets, which continues to be my collecting focus 40+ years later. 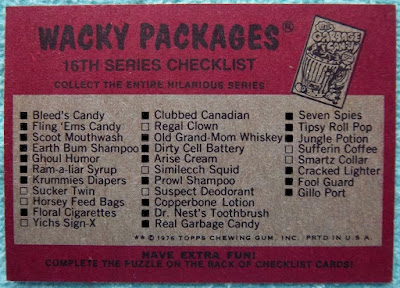 By putting checklists on the back of each puzzle piece, Topps was able to tempt me into buying more packs because I wanted to see what the other titles looked like and add them to my collection. Filling out the checklist, and getting those last few stickers to complete the set became an obsession. Each pack that yielded a sticker or two to fill in one of those checklist boxes was a thrill to open.

As it turns out, there was one Wacky series from the original run in the mid-70's that I never saw - the elusive 16th Series, which is the series listed on the above checklist.  The Series has a 1976 copyright, but apparently wasn't released until 1977, by which time the Wacky fad had run its course and died down. 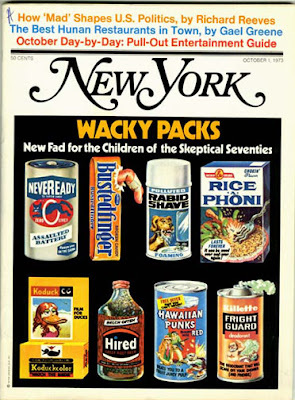 It wasn't until many of the titles from the 16th Series appeared in the 4 series of reissue sets from 1979 - 1980 that reprinted a number of the original Wackys that many collectors found out that the 15th Series had not been the last one once they started seeing a number of what appeared to be new stickers, but actually turned out to be reprints from a series most weren't familiar with..

After finally filling in the gaps I was missing in my collection of the 1st through 15th Series, I decided to start tackling the 16th Series, which is the Wacky equivalent to something like the 1967 Topps Baseball High Numbers.  This has been a quest that has been going on for a number of years.  Its not that the stickers are impossible to find, its just hard trying to find them at a price I am willing to pay.

Since part of my childhood memories are the fun of marking off the Wacky checklist when acquiring new stickers (not simply deleting something off a wantlist like I do now), I decided it would be fun to mark off the checklist to keep visual track of my progress, just like back in the day.

The issue is that these checklists aren't cheap. To give an idea of what checklists go for, this set of 9 checklists for a complete puzzle is currently listed on ebay for $499, or a little over $50 per card: 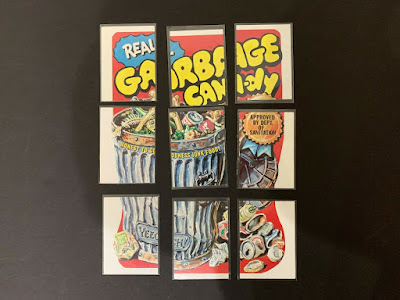 Since there was no way I was going to ruin one of my checklists, I came up with a solution using Microsoft Paint.

I took a scan of one of my unmarked checklists, and when I am able to add a new sticker to the collection, I simply pull up the scan, and fill in the box.  Its also very handy to have the picture of the checklist to keep track of the titles I am still looking for.

As I just picked up one of the stickers I've been looking for, its time to mark off another sticker! 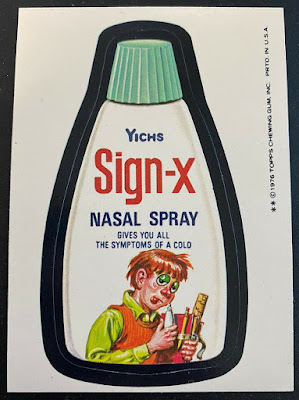 Now that I've got Sign-X, I can mark another box off on the digital checklist while still keeping my actual checklist unmarked. 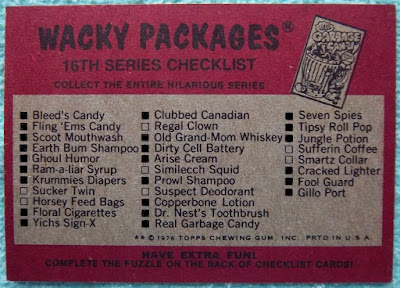 Its not quite the same as it would have been in 1977 marking off the physical checklist, but doing so digitally gets pretty close.  Its fun seeing the empty boxes slowly disappear.  Only 7 more to go!

Mike Boddicker Has A Great Sense of Humor!

Last Fall, I called out Topps on their mistake for using a picture of Mike Boddicker on Jim Palmer's Greatest Seasons card in the Update Series.

As a followup to that post, I wanted to share a picture that Bill sent me of the card where Mike displayed a great sense of humor by signing the card using Jim Palmer's nickname "Cakes": 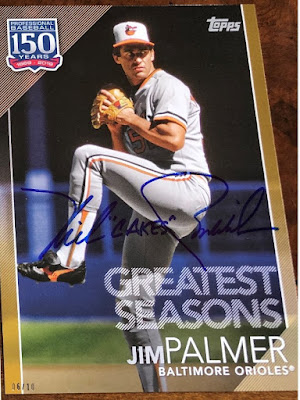 Its great to see Mike taking this mistake in stride and having fun autographing a card where he is identified as Jim Palmer with a playful nod to the mistake.

As for the origin of the nickname, it is a result of Palmer's routine of eating pancakes on the day he was scheduled to pitch: 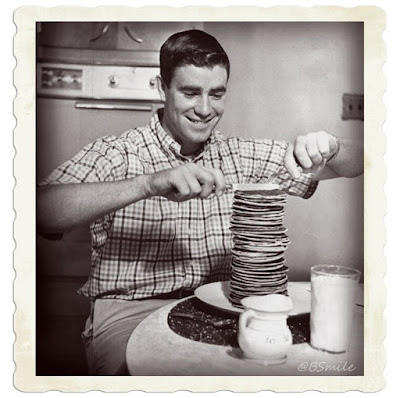 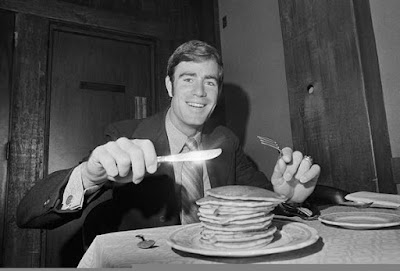 The fantastic "When Topps Had (Base)Balls!" site created an awesome Nicknames of the 70's card for Jim "Cakes" Palmer: 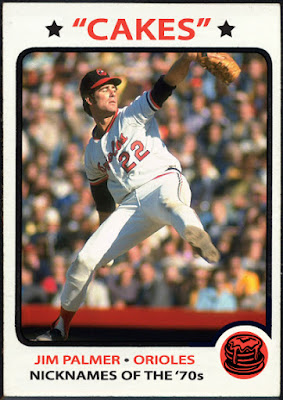 I'd like to thank Bill for sending along the picture of the card showing Mike having some fun with Topps' mistake.
Posted by Fleerfan at 11:41 AM 2 comments:

In what appears to be an attempt to cover up alcohol advertising, I've come across a variation of the 1991 Bowman card # 174 for Scott Lusader where the Budweiser advertisement on the Tiger Stadium scoreboard has been partially whited out as you can see on the card on the right: 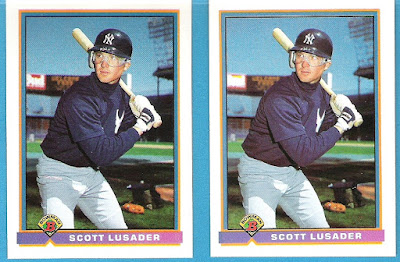 The interesting thing is that I found both of these versions in factory sets that I was recently going through.  I have no idea which version may be more scare.  As there is only 1 Lusader card on COMC right now (with the ad showing) I don't have a representative sample to make a guess if one is harder to find than the other.


When I came across these variations, it instantly reminded me of the the 1989 Fleer Randy Johnson card with the various attempts by Fleer obscure the Marlboro sign in the background.
Posted by Fleerfan at 6:22 PM 5 comments: