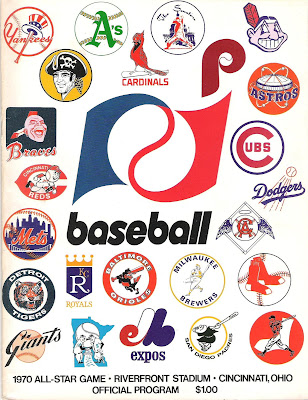 I really like the fact that the program features the logos of all 24 teams, and that the colorful team logos really stand out against the all white background.  For the most part, these are the logos that these teams would use throughout the '70's, which is when I first became a baseball fan.

One of the interesting things on the cover is the Major League Baseball logo, which was only used occasionally during the 1970's.  This logo makes its first appearance on this program, and the program includes information about the creation and the meaning of what they call Baseball's "Bannermark": 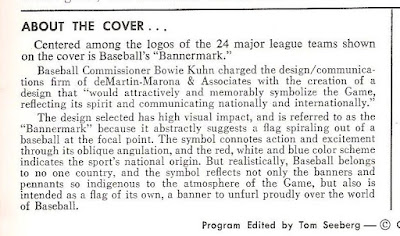 Other than the cover of this program, the only place I recall seeing this logo is on All Star trophies from the 1970's, such as the 1971 All Star Game trophy that went to Hank Aaron for being the top vote getter 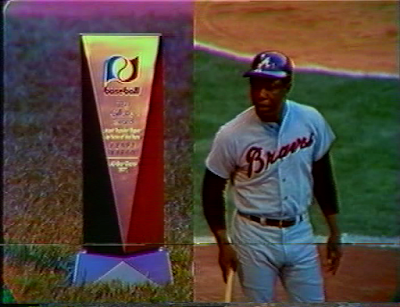 and the All Star Game MVP trophies, like this shot of Dave Parker from 1979: 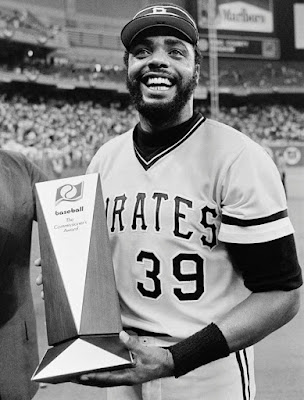 One nice feature of the program is a year by year summary of each All Star game, including the box scores as well as a description of the game, such as this example from the 1955 game: 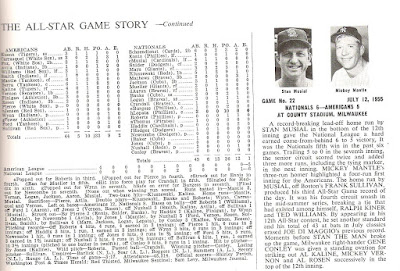 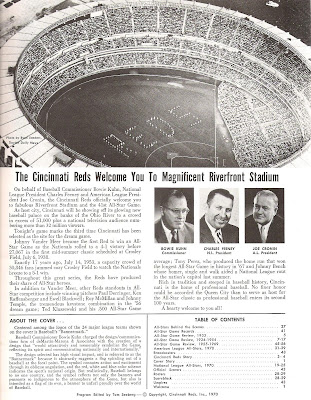 In an interesting case of foreshadowing, we also have an ad featuring future Reds owner Marge Schott, who  "really cares": 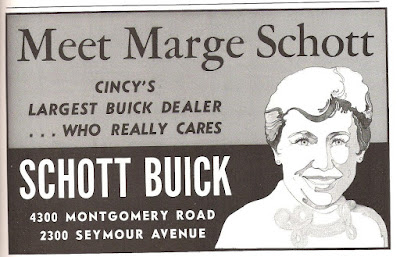 Of course, the reason this All Star Game remains so memorable is because of the play that ended the game in extra innings: 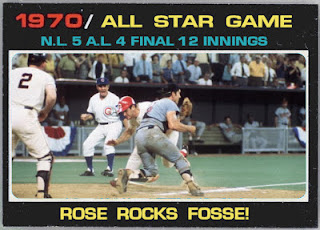 This fantastic custom card from Cards That Never Were would have been a great addition to the 1971 Topps set!
Posted by Fleerfan at 7:24 PM 2 comments: