In 1991, Domino's Pizza teamed up with Upper Deck to produce a 50 card set of current and past NFL quarterbacks in a set entitled "Quarterback Challenge": 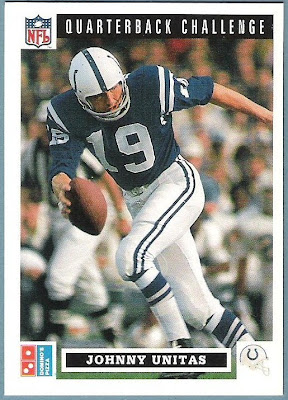 The backs feature another picture as well as stats and career accomplishments: 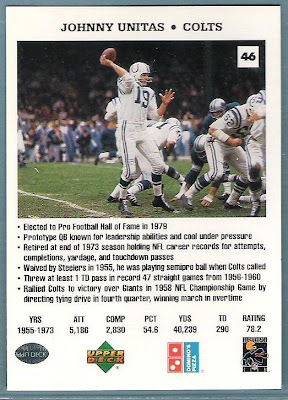 The cards came in packs which included 4 cards: 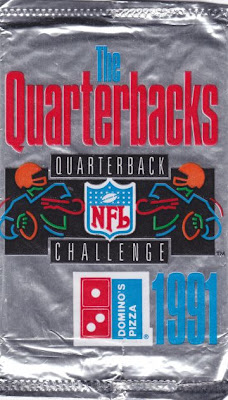 According to Beckett, the promotion launched in August, 1991. Customers who ordered the Domino's Pizza NFL Kickoff Deal received 2 medium cheese pizzas, four cans of Coke/Diet Coke/Sprite, and one pack of cards for $9.99.

The first 31 cards feature then current NFL quarterbacks that were active in 1991: 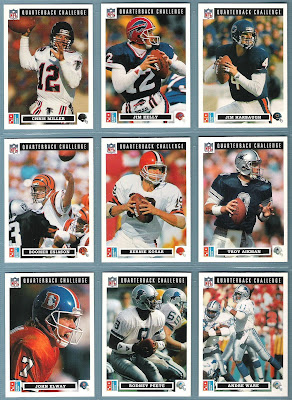 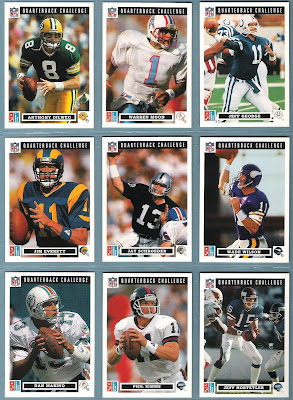 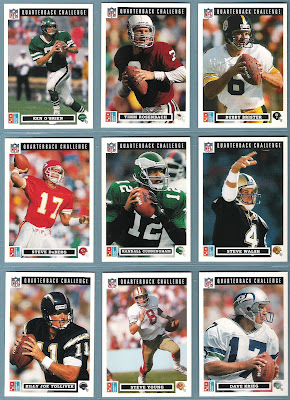 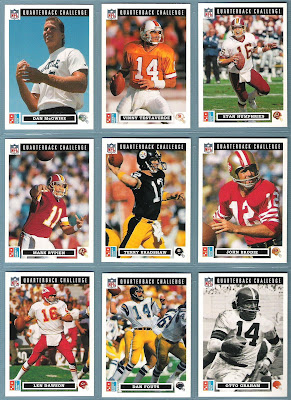 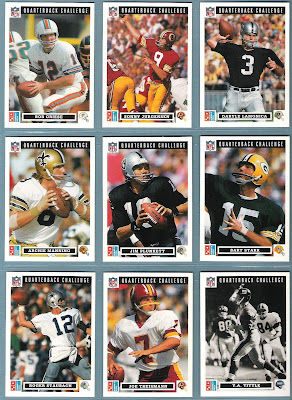 and cards 47 - 49 were combo cards featuring 2 quarterbacks from the same team but different eras: 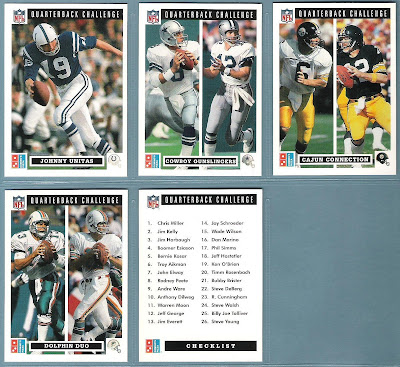 Card 50 was a checklist.

As Papa John's is the official NFL pizza sponsor this year, it would be great if they were doing a similar promotion this year. How much better would your Super Bowl pizza taste if the pizza delivery guy handed you a pack of cards along with your pizza!
Posted by Fleerfan at 10:09 PM 6 comments: 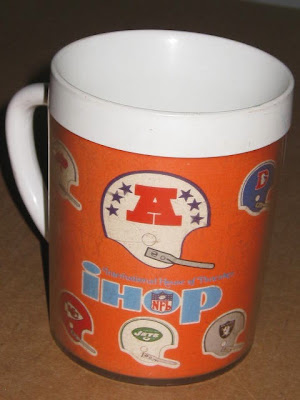 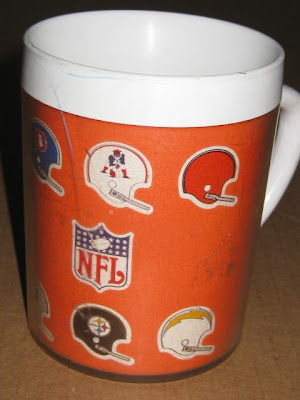 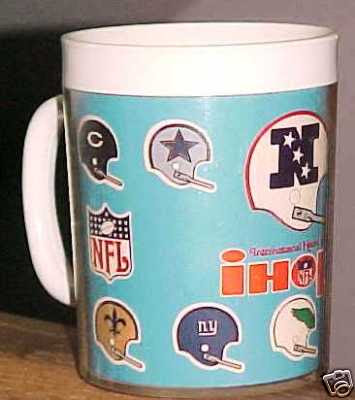 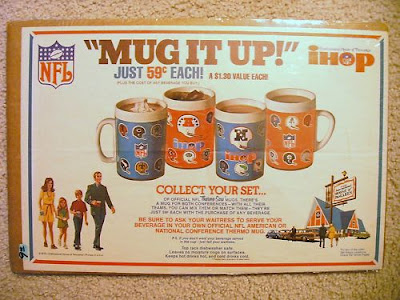 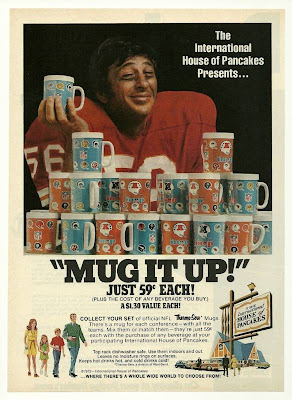 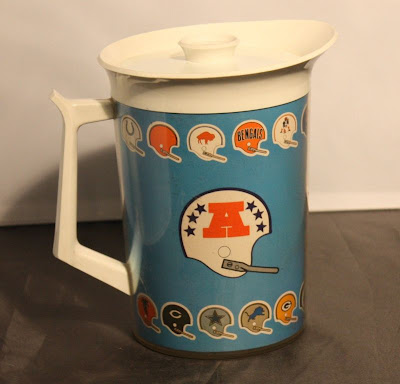 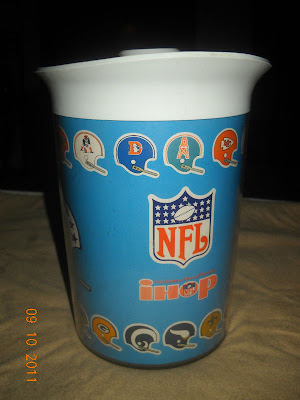 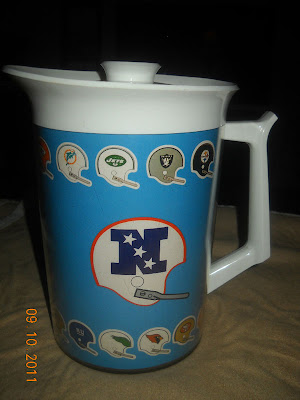 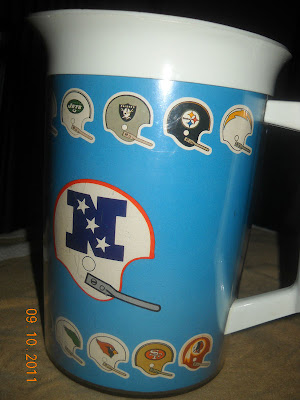 That wraps up the look back at all the great collectibles that IHOP offered during the 1970s to get sports fans to go out for breakfast. Its too bad we don't see any of these types of promotions any more.
Posted by Fleerfan at 8:47 PM 1 comment: