Thanks to the Topps Vault, some new photos of Lowell Palmer have emerged, including some rare photos of him on teams that he only played briefly for in the early 1970's. 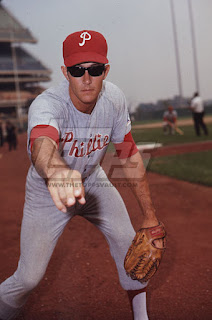 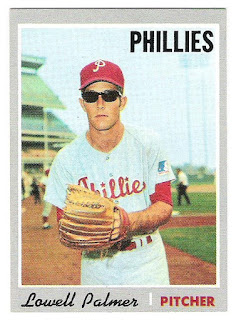 Going back to spring training from 1968, we see Lowell without his trademark shades, but with regular glasses: 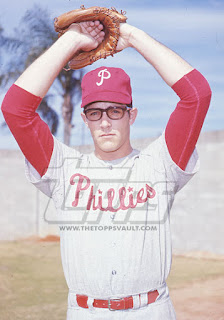 I love the fact that the above picture shows Lowell winding up without a ball in his hand! 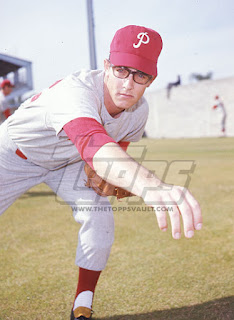 The next 2 shots are from Spring Training 1970, and Lowell is once again rockin the shades, and this time he's flashing some teeth: 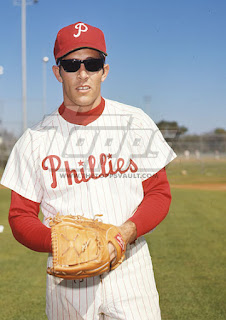 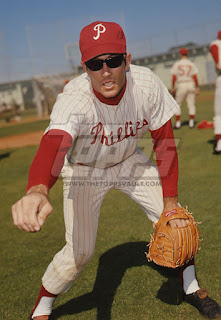 The next 2 shots are from Spring Training 1973 when Lowell was with the Indians. 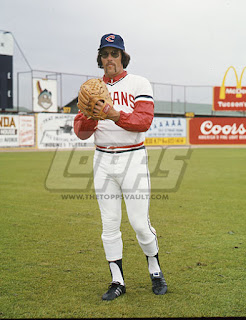 Lowell only pitched one game for the Indians in 1972, as he did not make the team for the 1973 season, and was traded to the Yankees for Mike Kekich in June of '73.  Unfortunately for Lowell, he never played a game for the Yankees. 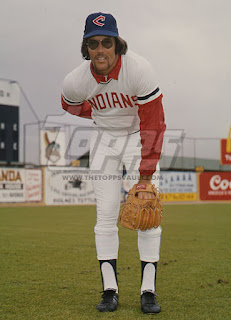 Finally, we have Lowell in 1974 as a member of the Padres who acquired him from the Yankees.  Lowell pitched in 22 games for the Padres that year, but this was to be his last season in the majors. 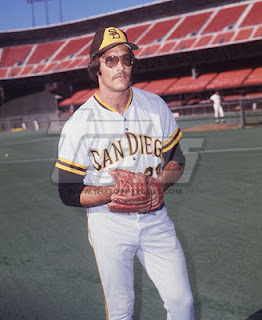 Its great to finally have some shots of Lowell with some of the other teams he played for during his career.  Since he only had a few short stints with teams outside of his years with the Phillies, its nice to see some other shots from later in his career.
Posted by Fleerfan at 7:40 PM No comments: 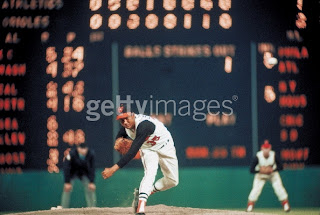 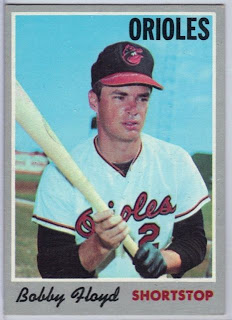