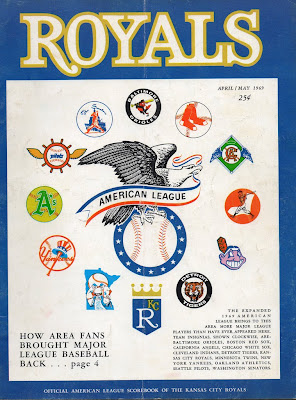 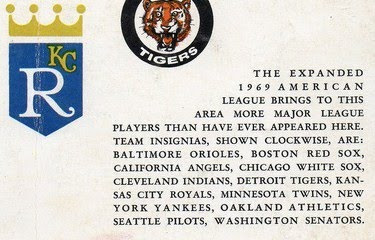 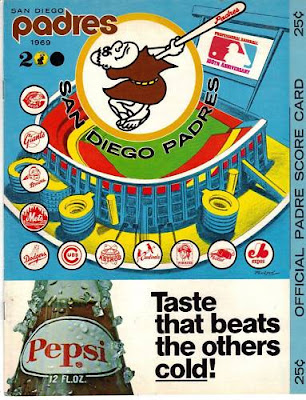 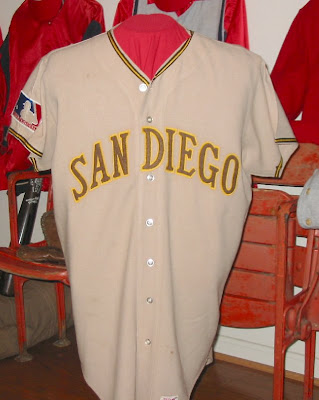 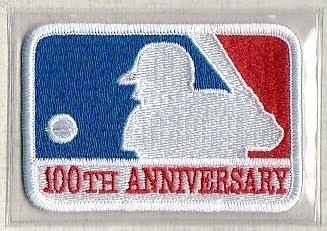 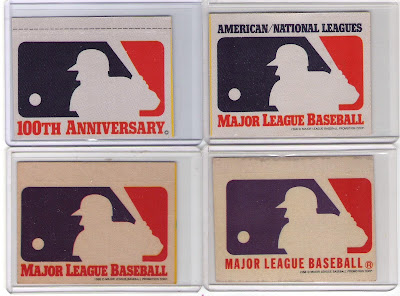 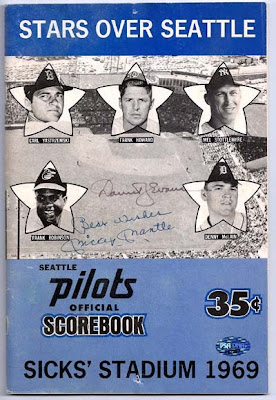 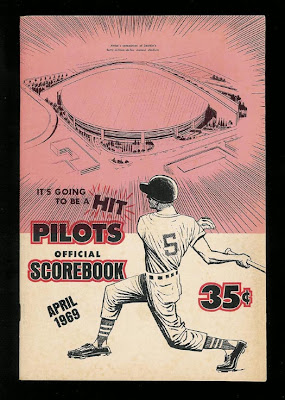 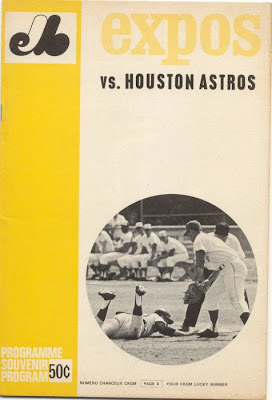 Its interesting that only the Padres note that Major League Baseball was celebrating its 100th Anniversary in 1969. The rest of the expansion teams make no mention of it, at least on the covers of their programs.
Posted by Fleerfan at 7:31 PM No comments: 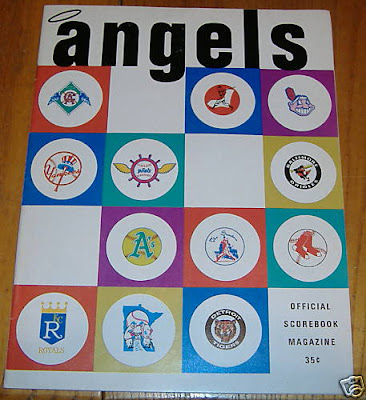 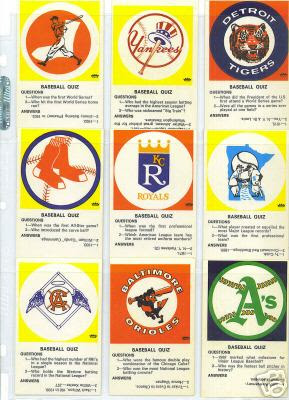 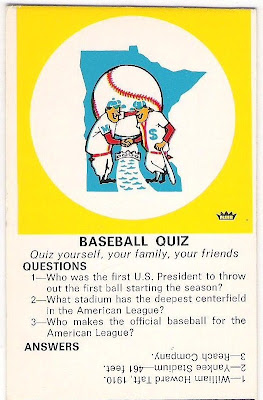 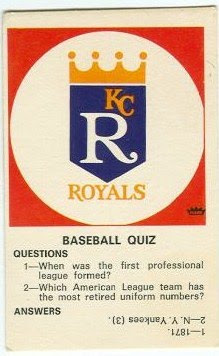 Whenever I see a picture of this program, I can't help but think of the Fleer Quiz cards given the similar design with team logos inside a white circle surrounded by a colored border. Given the similarity to the Fleer Quiz Card design, this is one of my favorite program covers.
Posted by Fleerfan at 8:19 PM No comments: 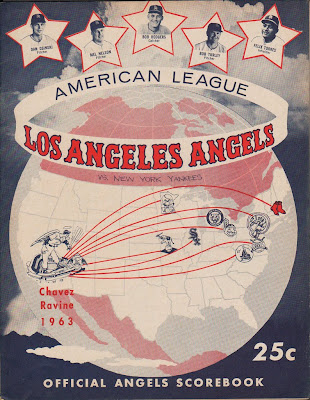 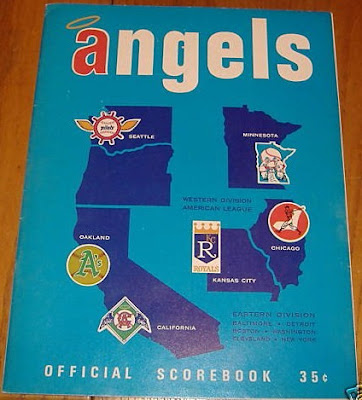 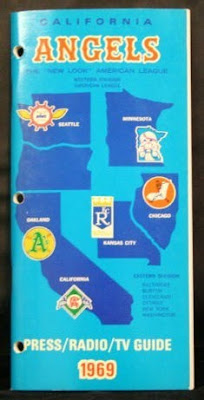 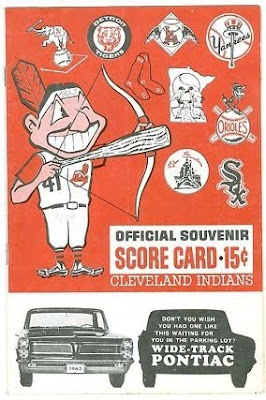 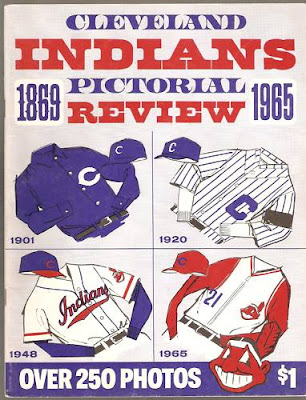 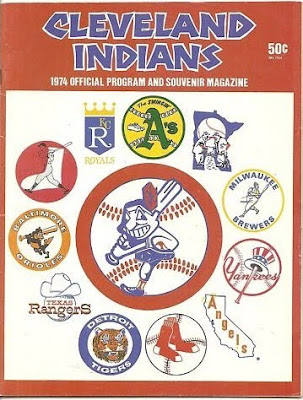 While certainly more colorful than the 1963 program, it isn't nearly as interesting as the earlier version as Chief Wahoo is no longer hunting the other teams (or shilling wide-track Pontiacs).
Posted by Fleerfan at 9:52 PM 2 comments: 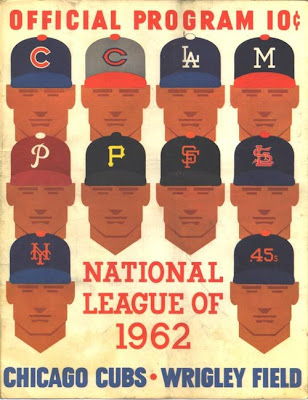 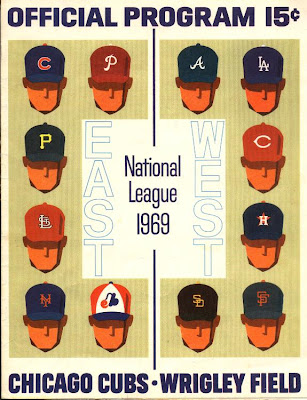 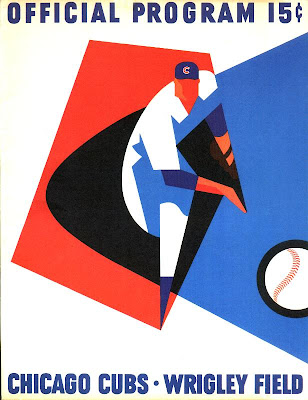 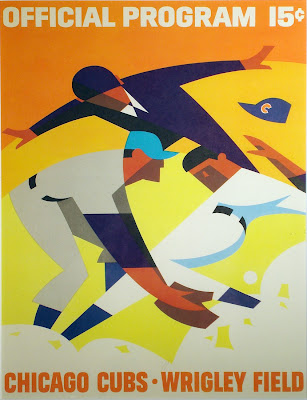 These programs come from Cubs By The Numbers, which has a great look at Cubs programs from as far back as 1898 through 2010. I highly recommend checking out the site if you enjoy seeing the covers of old programs.
Posted by Fleerfan at 9:08 PM 2 comments: