As promised, its on to the second series of Iron Ons that Fleer produced in 1970.

Since the Seattle Pilots again make an appearance, I would think these would have to have been released early in the year, perhaps around the time of Opening Day. Then again, given that Topps made no effort to try to correct the fact that the Pilots had moved just days before the 1970 season started, maybe these came out later in the summer and Fleer just pretended the team was still the Pilots since thats what Topps did with the 1970 set.

There is no mention of the Brewers in the 1970 set even though the team moved before at least the last few series would have been issued. One of the last cards in the final series is the Pilots team card (#713): 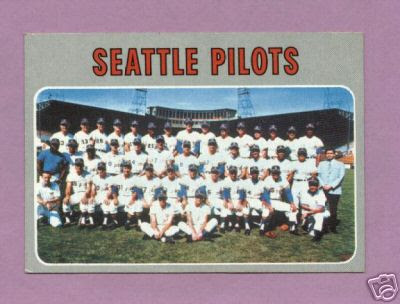 I'm pretty sure the 7th Series didn't get released before Opening Day. Way to be on TOPPS of things.

Maybe Topps got a lot of grief for not bothering to change the name to Pilots after the team had already moved so they did this a few years later: 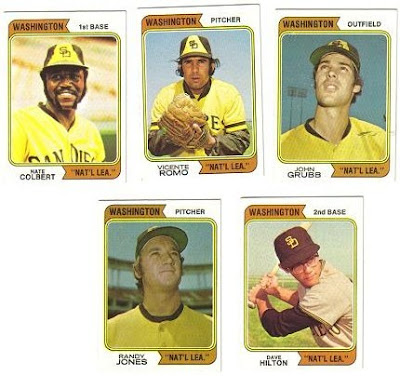 Whoops, our bad! The team didn't move after all.

Getting back to the Iron Ons, once again, the series consisted of 16 strips with 3 iron ons each, a card with the instructions for applying the iron on, and a stick of gum.

The Wrapper has the Orioles, Mets and Cubs logos on the front, and has a 1968 (C) on the back. That is why these Iron Ons (as with the 1969 set as well) are often thought to be from 1968. The 1968 (C) is when the logos were copyrighted, not when the iron ons were issued. The fact that the 2 teams from the previous year's World Series are on the front is another indication that this is most likely a set from 1970. 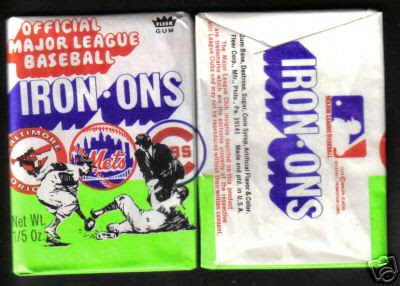 Boxes contained 24 packs for a nickel a piece: 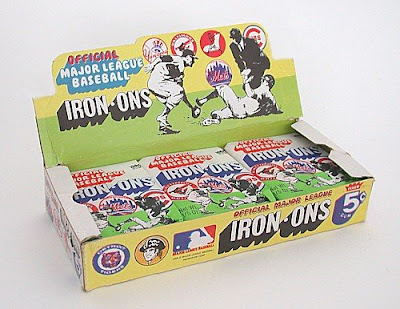 Many of the logos changed from the earlier series. You can check the post on the 1969 Iron Ons to check out the differences.

To better see the iron ons, I've reversed the images below (since these are iron ons, the iron on itself has the image backwards so it will look correct when applied to a surface).

An orange circle around the Orioles logo instead of black, blue star & orange lines for Astros (revered from previous year): 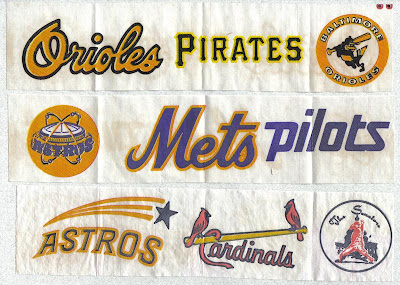 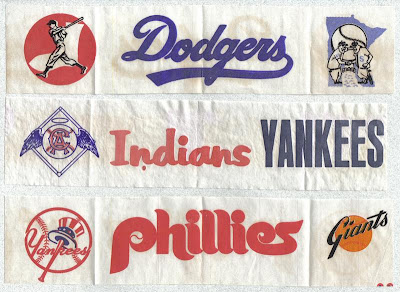 Blue square background for Braves logo instead of white circle, Indian's feather now on the left instead of the right: 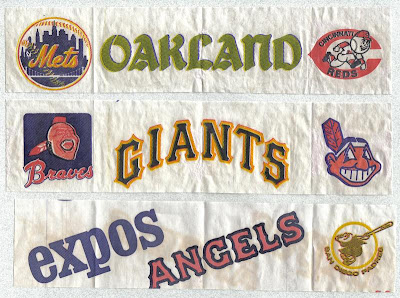 The A's have a white baseball instead of green, the Pirates now have a yellow background, the Phillies have a new logo (which they didn't wear until 1970), the Cubs get a team name (missing from 1969), and the Expos finally show up (absent from the 1969 set): 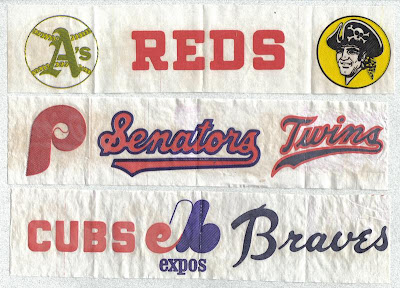 The Tigers logo is different: 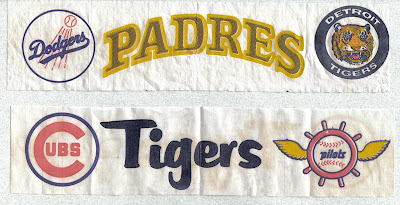 The White Sox team name is now vertical instead of horizontal, and the Cardinal logo does not have a baseball background: 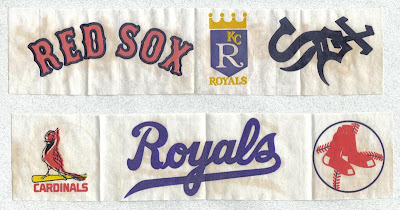 There are a number of other more subtle differences as well. For those of you who are following along, keep these variations in mind as you may recognize many of them later as they will pop up again soon in other sets I'll be covering.

This series seems to be more easily found than the 1969 series. You can almost always find a pack of these being auctioned on ebay, and its not unusual to see unopened boxes as well.

If anyone has a memory of buying these as a kid and having them ironed on to something, I'd like to hear your story.
Posted by Fleerfan at 7:35 PM