I've been reading Steve's posts at White Sox Cards regarding the great photography that was used in the 1991 & 1992 Topps sets and the 1993 Upper Deck set. As his reviews of the photographs used for these sets shows, the base sets used to matter.

Before card collecting became a legalized lottery with all of the focus on inserts, one of the ways the card companies tried to compete was to make cards that collectors would actually enjoy looking at. The sets that Steve has picked out to showcase are great examples of where the sets really stand apart due to the extra care that seems to have been used in selecting the pictures to go on the cards.

Go take a look at the cards that Steve has posted, then take a look at your 2007 Topps cards. No comparison. I just looked through a handful of 2007 Topps, and they all look about the same to me. Closely cropped action shots of a pitcher throwing or a batter swinging.

See what I mean: 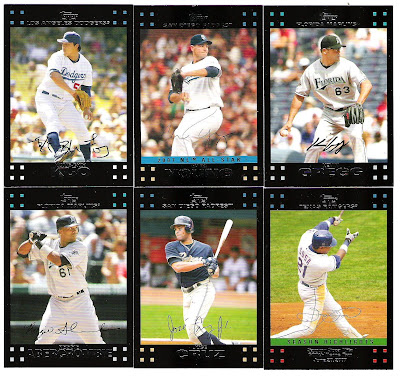 Its almost like they set up a photographer in two or three spots, and they shoot all the pictures from about the same location so the action shots all end up starting to look the same. There is nothing unique about any of these photos. Other than the card showing the Marlins dugout in the background, I can't tell where any of these pictures were taken.

I enjoy action shots, but I'd like to see more variety in the photos, and some more interesting candids of players doing things other than batting or pitching. Maybe something along the lines of the photos I've come across on a great website dedicated to baseball photos, a few of which I'm showing below.

I was eventually going to get around to posting a link to this site, but given how well it fits the topic, now seems like a great time to share this link.

If you want to see some fantastic baseball photos, generally dating from the late 1960s through the early 1980s, then you need to check out Steve's Baseball Photography Pages.

Just to clarify, this is not the same Steve from White Sox Cards.

Let me share some examples of these great photos using some of my regular readers favorite teams:

For Steve at White Sox Cards: 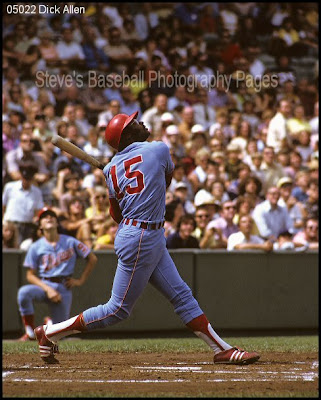 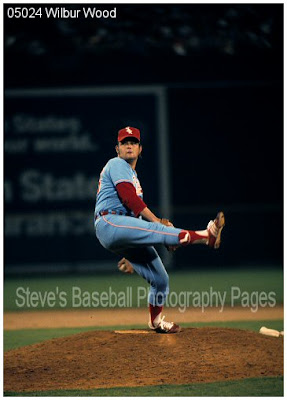 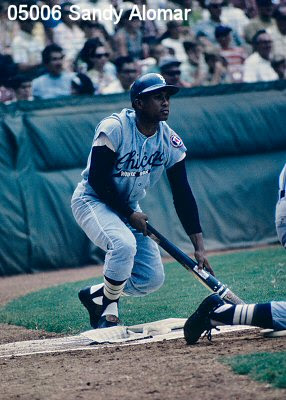 For Kevin At Orioles Card "O" The Day: 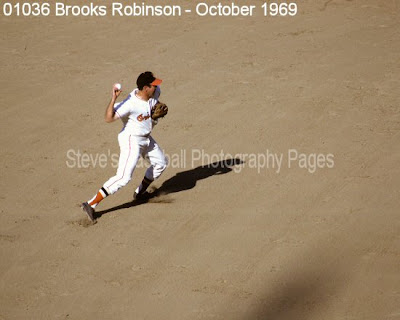 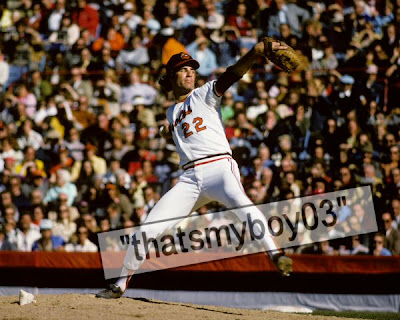 And from when the O's used to be really good: 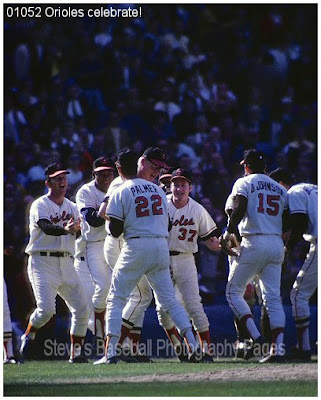 For David at Cardboard Junkie: 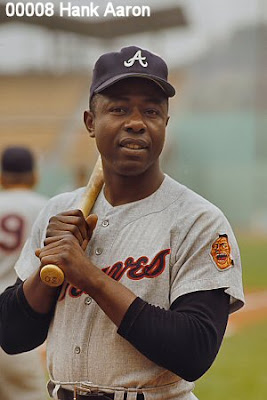 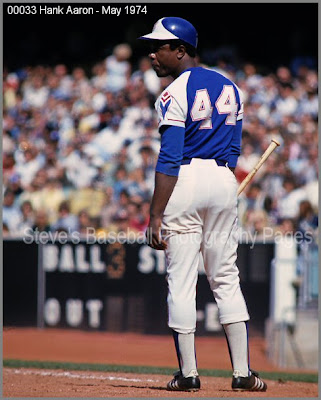 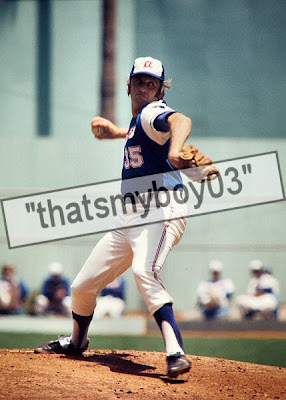 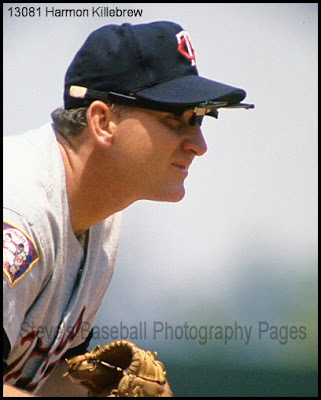 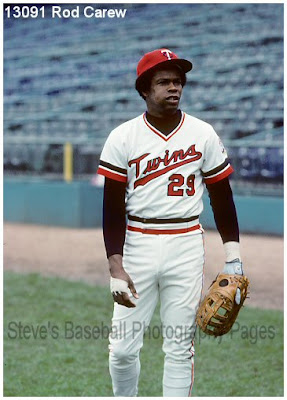 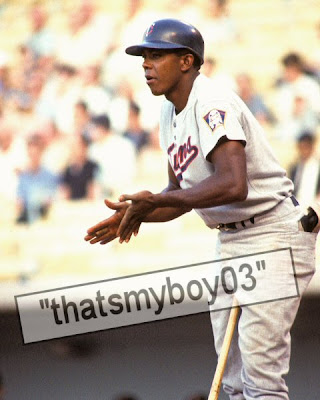 And finally, just an awesome picture that anyone who loves baseball should enjoy - Nolan Ryan v. Reggie Jackson back when Nolan was throwing no hitters for the Angels and Reggie was winning World Series and an MVP with the A's. 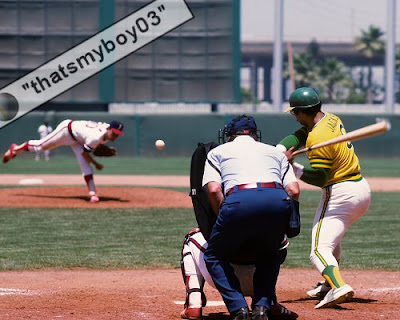 It doesn't get any better than this!

Steve has these pictures and over a thousand others for sale either through his site, or listed on ebay. If you are wondering about the "thatsmyboy03" watermarks, that is Steve's ebay ID, so you can use that ID to look him up and see what he has for sale. I bought the Jim Palmer picture shown above, and it looks great. The quality of the prints is fantastic.

Steve updates his home page every few days with new pictures, so make a point of checking his page every so often. You'll never know what great photos you'll see.

In recognition of these amazing baseball photos, I've added Steve's site to my list of favorite links.
Posted by Fleerfan at 9:41 PM

Awesome find with Steve's site. I just spent a good chunk of time browsing around. I found a few to put on my "must-have" list.

Keep up the good work Jon...besides the normal content, you've unearthed a several gems that have kept me busy for hours!

There's a picture of Sandy Alomar Sr. that actually shows him in a White Sox uniform? There is some justice in the world!

That is the first picture I have ever seen of him on the Sox besides the lame 68 and 69 Topps photos, which crop out any team association and are the same photo for both years.

These pics gave me goosebumps. I just set the Ryan/Jackson one as my desktop.

It was worth scrolling down to the last picture to see that shot of Reggie vs. Nolan. These guys are 2 of the few players in baseball history that if you just use their first name there is no question about who you are talking about!! Great Post!!