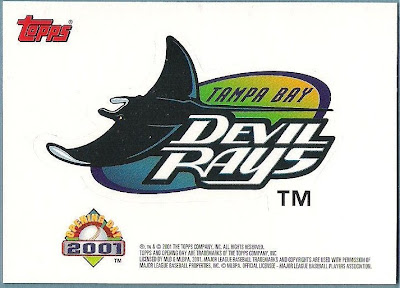 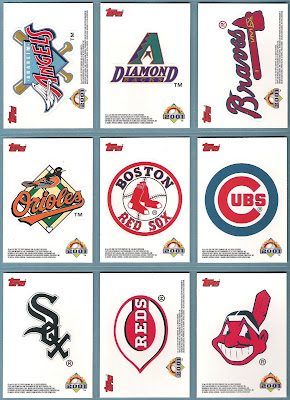 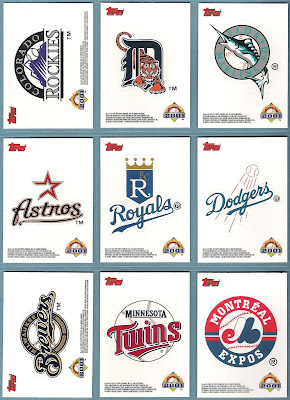 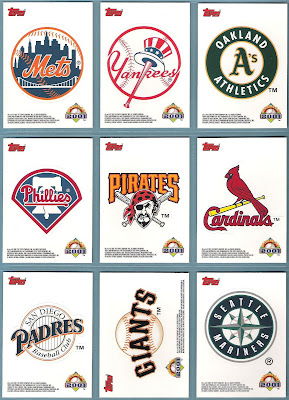 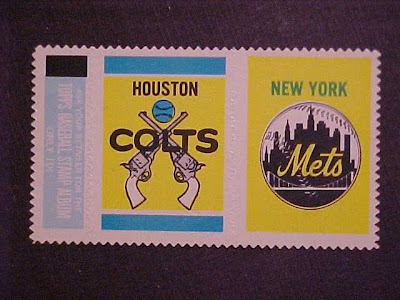 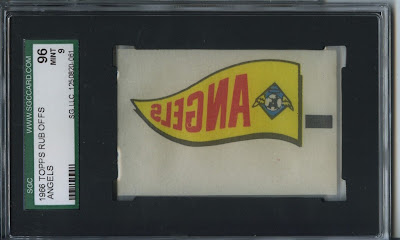 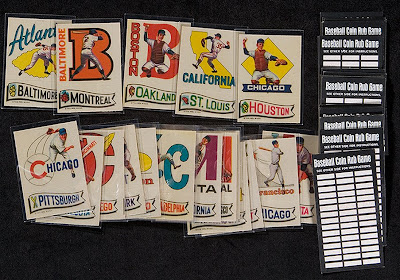 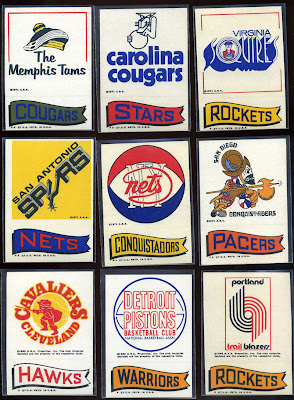 I guess Topps really didn't see Fleer as much of a threat at the time with their cloth logo stickers since Topps could have inserted Baseball stickers in their products as a way to discourage kids from buying Fleer packs. If kids could get stickers of their favorite teams along with cards of their favorite players in the same Topps pack, why would kids even consider buying the Fleer stickers. Perhaps the agreement Fleer had with MLB Properties gave them exclusive rights to issue team logo stickers so Topps might not have been able to do this even if they had wanted to.
Posted by Fleerfan at 8:15 PM

Jon-quite right on the Basketball version of Topps Action Emblems. I believe there was an OPC issue in a similar vein as well. Keep up the good work!