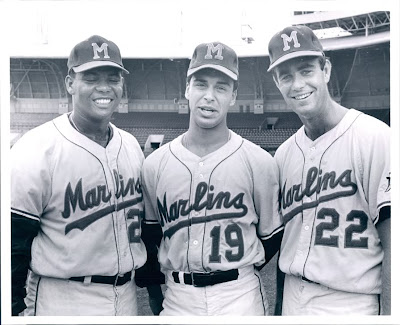 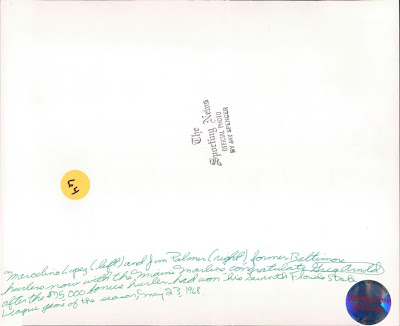 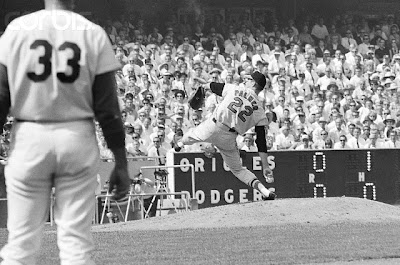 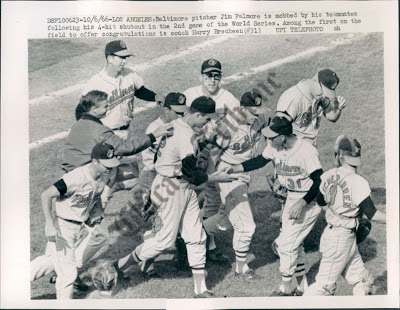 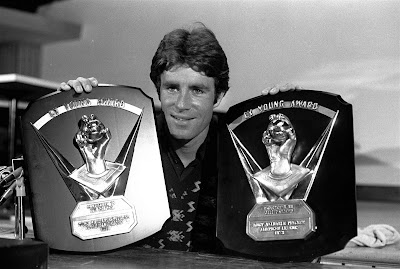 Very cool history. Love the stories behind these old photos. Next season it will take some adjusting to call the Marlins the "Miami" Marlins.

Who are the other two Marlins in the photo with Palmer?

Marcelino Lopez is on the left, and Greg Arnold is in the middle.