Reggie Jackson Morphs from the A's to the Yankees

Up for auction from The Topps Vault is the classic airbrush job done on Reggie Jackson in 1977 to turn him from an Oakland Athletic to a New York Yankee on his Hostess baseball card. Now we can see the full negative that was used: 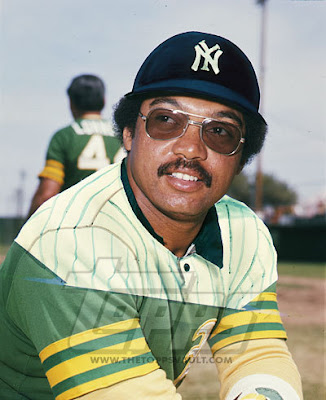 Looking at the lines that were drawn on the shoulder and across the chest to mark off the portions of the picture to be airbrushed, it looks like the artist must have known how the cards were going to be designed since they didn't bother to paint the entire shoulder, but rather just did a portion of it at an angle which is similar to curved design of the photo on the card: 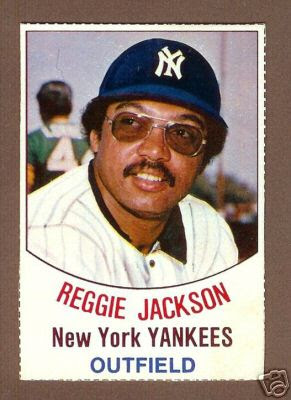 I think the work that was done for the Hostess card turned out better that what was used for the 1977 Topps card that year: 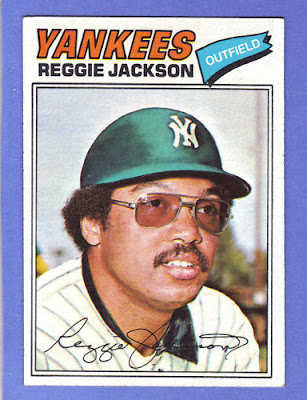 It looks like the 2 pictures that were used were snapped within a few seconds of each other. I can almost picture the photographer saying "Reggie, look to your right. Good. Now look to your left."
Posted by Fleerfan at 10:21 PM

It's like 1976 spent in Baltimore never existed... lol. There's no card with him as an Oriole, and it's very rare to even find a photo of him in Baltimore orange and black.

1988 Score included a card of him on each of his teams, including the O's. I think there were a couple other oddballs, but I'm glad they did that... The first readily available card of Reggie as a Baltimore Oriole.