Going back to earliest Fleer team logo insert from 1960, I wanted to show the 1960 set of Baseball decals, which were inserted into packs of Fleer Baseball Greats.

There are 16 decals for the teams that comprised Major League Baseball at the time. There are actually 3 sets of decals from 1960-1962. My next review will cover 1961 and highlight the differences between the 1960 and 1961 sets. Fleer would also do a similar set of decals for their 1960 Football set which I will cover shortly.

Here are the American League decals: 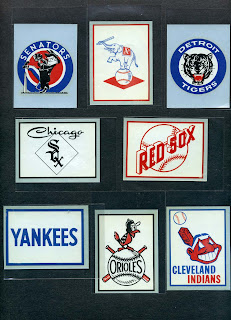 Here are the National League Decals: 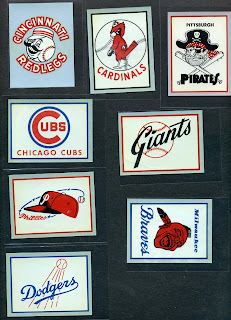 The backs are blue and contain instructions for applying the decal: 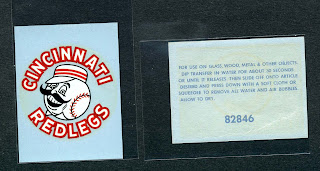 This is an example of what the Fleer Greats cards look like: 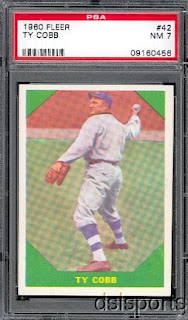 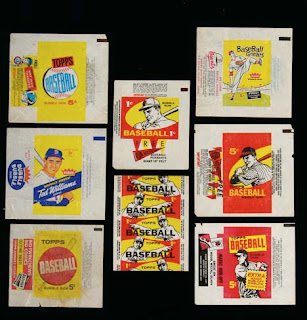 And finally - the front of the wax box which mentions the emblem insert:

Not a bad start for Fleer. Little did Fleer know at the time that over the next 30 years or so they would put out some form of team logo sticker or card almost every year until 1992.

The decals are not that difficult to find today. Sets sometimes show up for sale on ebay, and you can almost always find an auction or two for individual teams.
Posted by Fleerfan at 9:20 PM