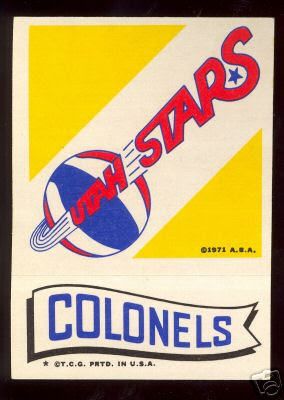 The stickers feature a team logo sticker as well as a smaller sticker with a team pennant.

Even though there were 27 NBA & ABA teams at the time, there are 33 different stickers in the set as 6 team logos can be found with pennant variations.

Here is the complete set including the 6 variations: 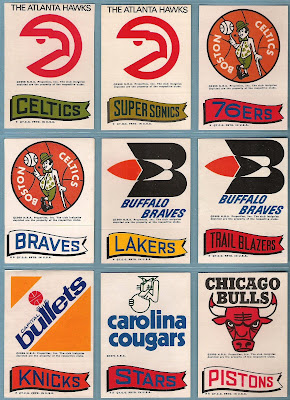 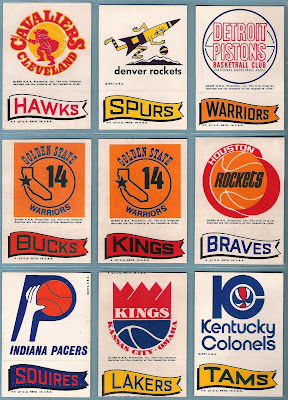 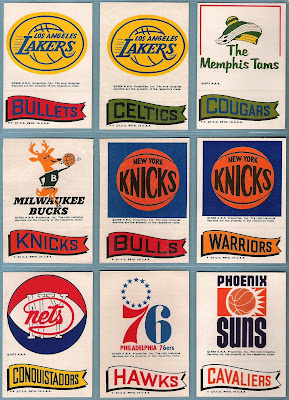 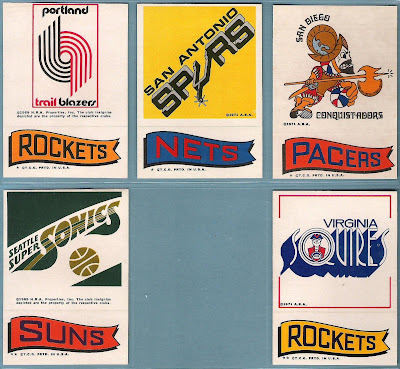 (the blank space is for the Utah Stars shown at the top of the post which I'm still trying to track down for my collection)
I really like this set as it is a great way to see the logos of many of the ABA teams that did not make it past the NBA / ABA merger in 1976. This is one of the few places you can see logos for teams like the Carolina Cougars, the Kentucky Colonels, the Memphis Tams, the San Diego Conquistadors (or "Q's"), the Utah Stars, and the Virginia Squires that helped make the ABA an exciting upstart league that eventually was able to rival the NBA and ultimately forced a merger. 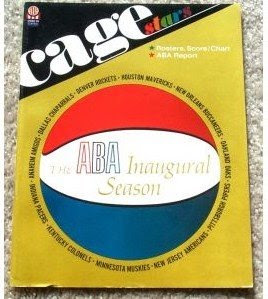 In a number of ways the histories of the ABA and the AFL are very similar. Both were formed by groups frustrated at not being able to get a franchise, both had a similar number of seasons before being merged into the older leagues (AFL 10 years, ABA 9 years) and both brought a more wide open style of play. Both also had a mega star which helped give the leagues their identities and credibility: 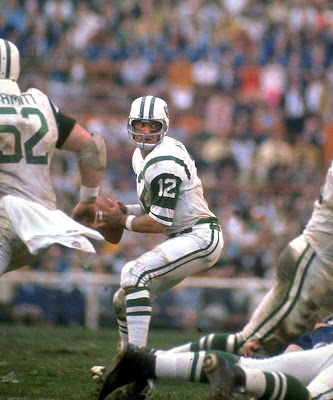 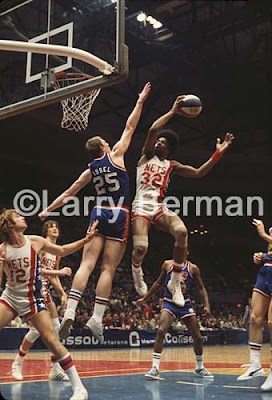 One of the few differences is that while all AFL teams were included in the merger with the NFL, only 4 ABA teams were able to join the NBA with the other teams having to fold. Its a shame that all of the ABA teams could not have joined the NBA, but given how many of these teams were struggling financially, the NBA was not eager to bring in franchises that were in trouble.

For a great look back at the exciting days of the ABA, I highly recommend Remember The ABA.com.

Getting back to the Topps set, the insert stickers were mentioned on the wrapper: 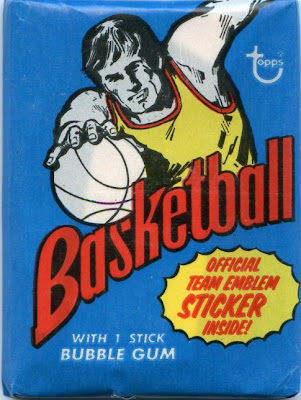 And finally, here is a look at a few cards from the set: 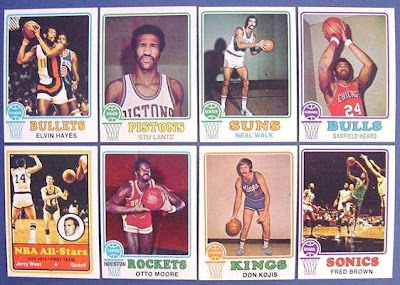 Unfortunately 1973-74 was the last time that Topps would issue Basketball team logo stickers.
Posted by Fleerfan at 7:24 PM

Here is my story comparing the AFL with the ABA
http://mvbarer.blogspot.com/search?q=challenged+established+sports+leagues