Seeing these 3 Eddie Murray negatives available for auction by The Topps Vault has me wondering WHY? - as in Why hasn't Topps ever used these images on any cards? 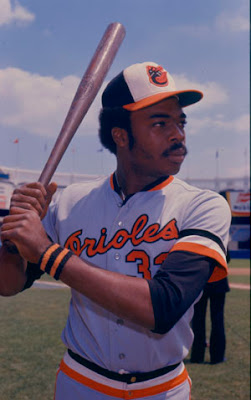 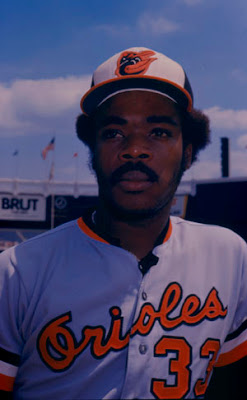 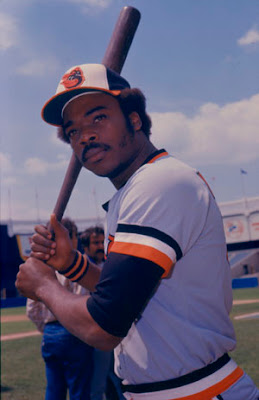 This last image is reversed. Here is how it should look: 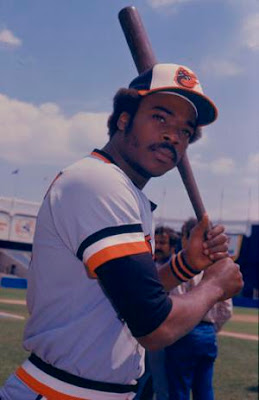 As far as I know, none of these 3 pictures has appeared on any Topps Eddie Murray card. My question is why not? Is it because in 2 of the pictures there are people in the background?

According to the Topps Vault, these pictures are from Eddie's rookie year of 1977. Its interesting that they must have shot pictures of Eddie more than once, since none of these look like his rookie card picture: 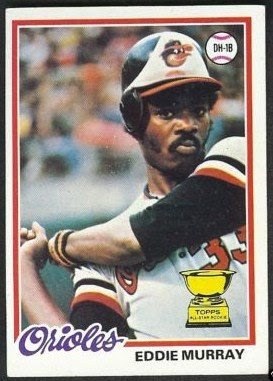 Although...if you look at the black sleeves and the wristband, its possible these were taken the same time. Perhaps the negatives were taken before the game, and the picture on the card was taken during the game. I just can't say for sure that the background on Murray's rookie card is Yankee Stadium (but it certainly could be).

The reason I'm wondering why these pictures have never been on a card is that instead of new pictures of Eddie, we tend to get recycled pictures that we already have on other cards.

For example, in the 2008 Topps Sterling set, we get cards like this: 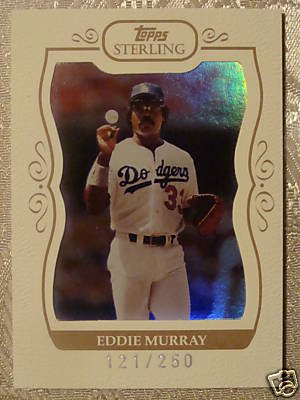 Which is just the same thing as this: 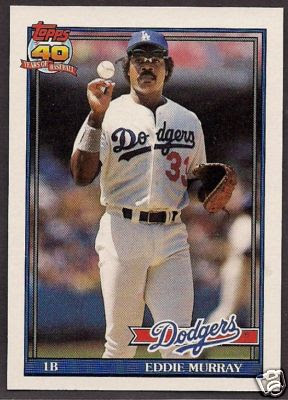 Topps has 3 images of Eddie that I don't think they've ever used, and they are auctioning them off. It seems like a waste of good pictures that could be used instead of reusing previous pictures on new cards.

I'm not trying to knock The Topps Vault as I really enjoy seeing the items that they put up for auction, but I would think that they would be going through the items in their archives for things they can possibly use for new cards before just auctioning them off.

Perhaps they've saved copies of the negatives to use these images at a later time, but I somehow doubt it. I'd like to see some of these shots from Eddie's rookie year on some new cards, but I have a feeling once Topps sells these negatives, these images will never make it to cardboard.
Posted by Fleerfan at 4:10 PM

m the top, in portrait) looks familiar. It may have been used on one of Topps 5 X 7 inch "Superstar" cards in the early 80's.

I agree, those shots should have been used somehow along the way by Topps. Well, it's Eisner's baby now and it is no longer the company it was. What happened to Topps and Fleer is a shame; as we now know bigger companies are no guarantee of anything.

Sorry, my first line of comments disappeared! I was referring to the second photo from the top of Murray.