For the fourth consecutive year, the Fleer Team Action Cards and Stickers had a very similar look to the previous sets from 1977 - 1979. 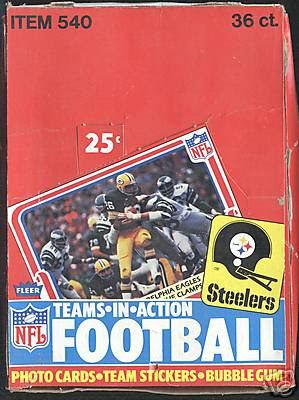 The sticker set was once again 56 stickers (2 per team) with an additional 9 blue border variations for a total master set of 65 stickers. 1980 was the last year that Fleer would use this sticker desgin that started with the 1977 set.

The 1980 stickers are almost identical to the set that is fully pictured in my 1977 review except for the Jets helmet and logo changes from the 1978 set, the Seahawks backgound change in the 1979 set, and the following changes in the 1980 set: 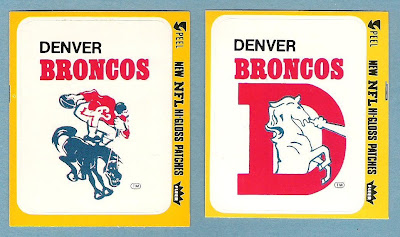 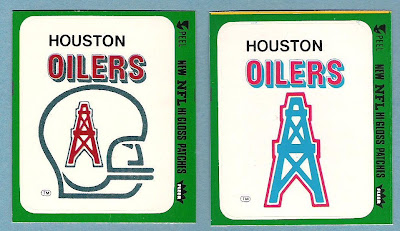 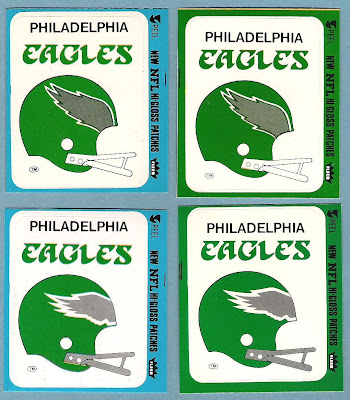 The team action cards are also similar in design to the 3 previous sets, with the main change in 1980 being the red, white, and blue border this time around. As was the case with earlier sets, another card was added to the set (bringing the size to 70 cards) for Super Bowl XIV to continue expanding the Super Bowl subset each year in order to include the most recent game: 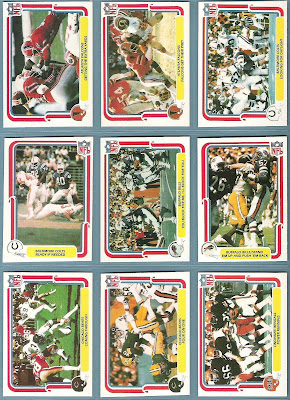 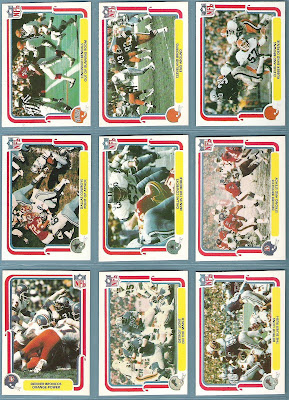 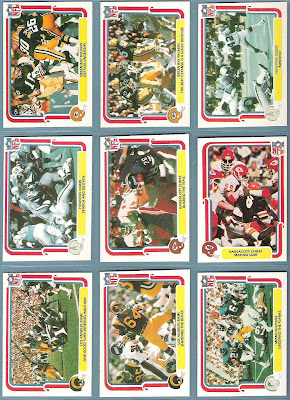 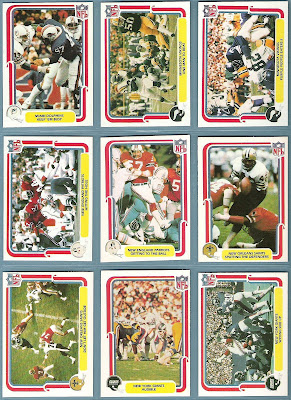 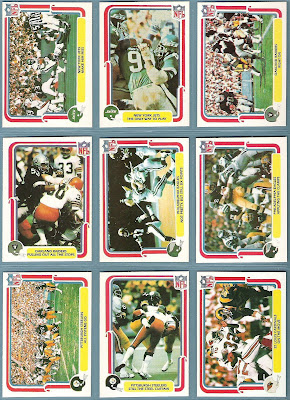 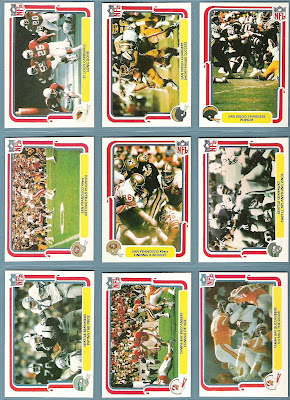 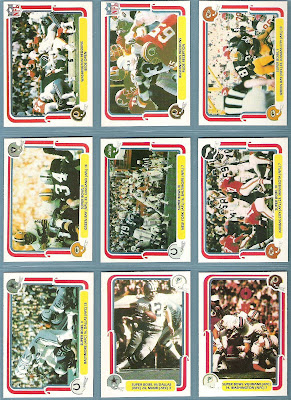 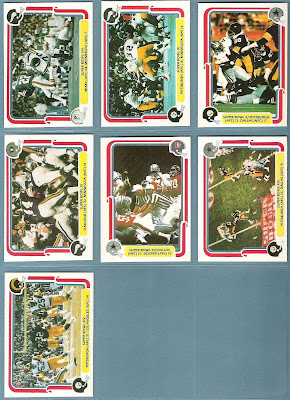 The backs once again describe the picture on the front: 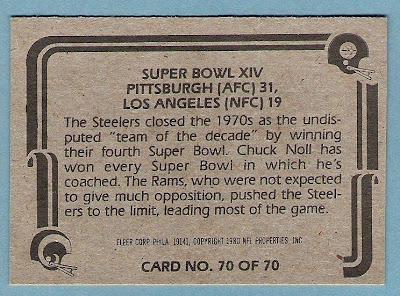 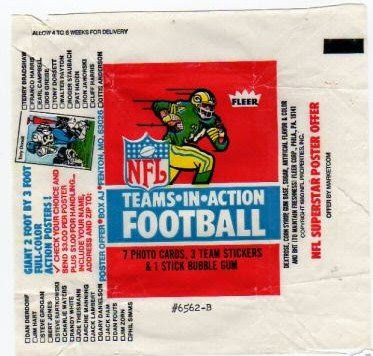 The 1980 wrappers no longer offer the team sticker Collectors Poster that were available in 1978 & 1979, but rather player posters through a company called Marketcom. Its interesting that while Fleer was not allowed to use player names on the cards (as they did not have a license with the NFL Players Association), apparently they were not restricted from offering these player posters on the wrappers, presumably because they were not a Fleer product (hence the verbiage "OFFER BY MARKETCOM").
Posted by Fleerfan at 8:36 PM