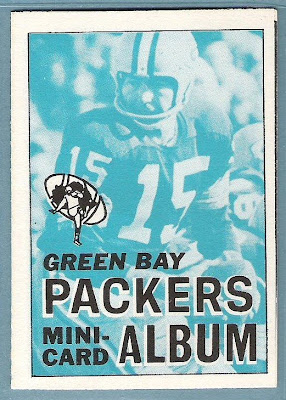 The albums and mini cards / stamps were inserts in packs of 1969 Topps Football Cards: 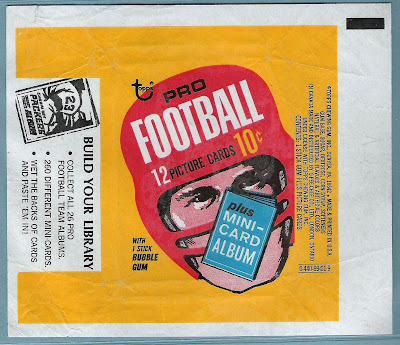 The mini cards came in sets of 4 on a card, sometimes referred to as 4-on-1's with glue on the back so that they could be stuck in the albums just like stamps: 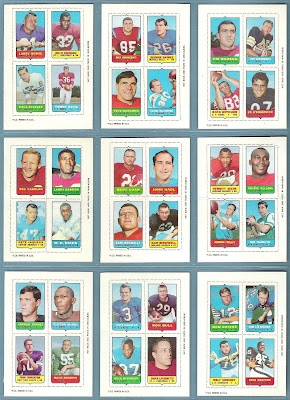 1969 was the last Topps Football set that included team logos on the cards as well as logos on helmets until 1982: 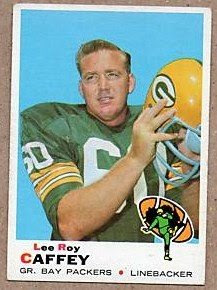 From 1970 through 1981, any pictures of a player with a football helmet looked like this: 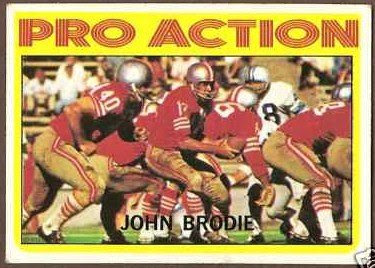 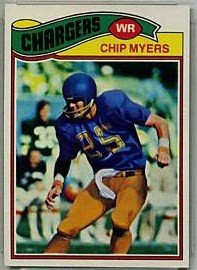 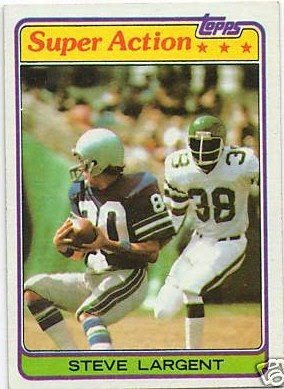 All team logos were airbrushed off the pictures because during this period Topps did not pay the licensing fee to use the team logos.

Returning back to the stamp albums, there were albums for each of the 16 NFL and the 10 AFL teams with team logos on the front: 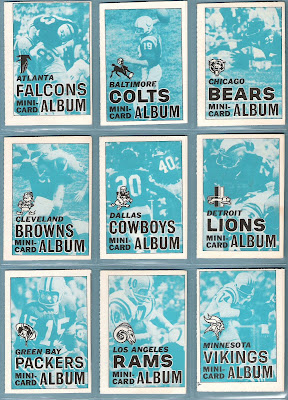 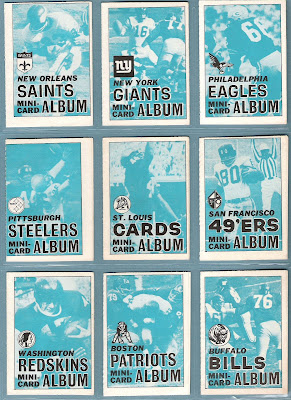 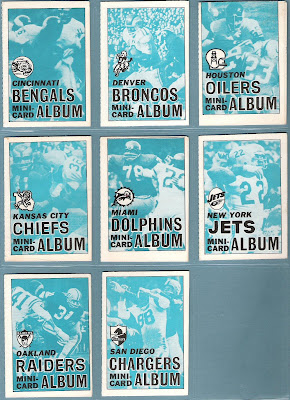 The odd thing about the front of the albums was that for many teams the players pictured on the front weren't even members of that team. For example, the Saints album has a picture of a Vikings player. Even more bizarre is that in some cases, the pictures are of college players (such as on the Rams album).

The real reason I wanted to cover these albums however, is the back of the albums. The back of each album contains a full size team logo: 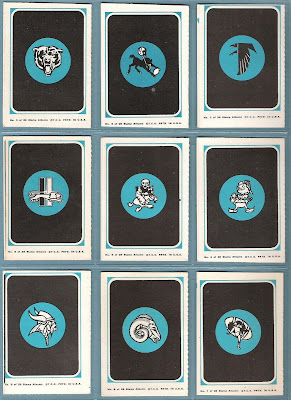 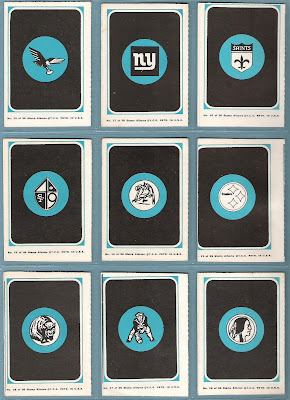 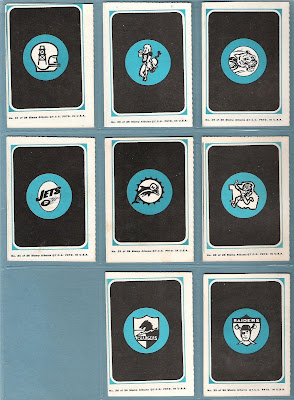 The backs of the albums actually make for a nice collection of team logos. Given that for many of the teams Topps didn't even use the correct team in the photo, I think the back design with the team logo against a black background would have made a better looking front.

Unfortunately for collectors it would be 13 years after this set was issued before logos would once again appear on Topps Football cards in 1982 as seen on this Walter Payton card: 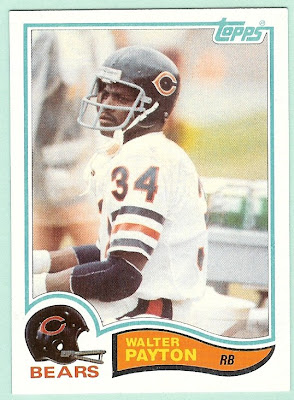 Those little sticker albums were neat. I've got a filled up Braves and Falcons album.

Excellent work. I have several of these books in my collection. The 1969 football set is one of Topps finest efforts.