The 1978 NFL Team Action Football Cards and Stickers are in many ways nearly identical to the 1977 set. 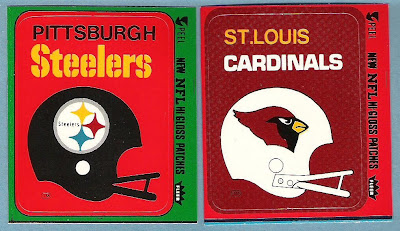 The 1978 stickers are identical to the 1977 stickers except for the backs which feature a puzzle of Super Bowl XII between the Cowboys and Broncos (instead of instructions on how to peel the sticker): 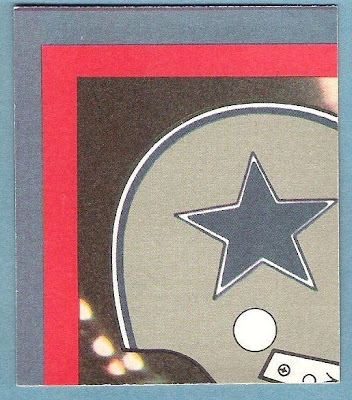 The only changes on the fronts of the stickers occurred for the Jets, who changed their logo from 1977 (top) to 1978 (bottom): 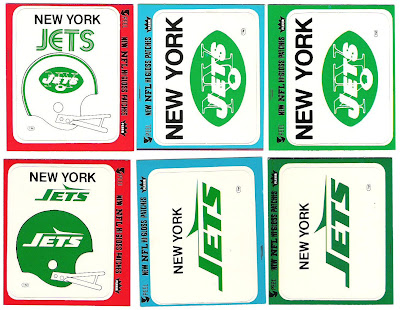 All the other stickers in the set are identical to the full set of stickers I posted in the review of the 1977 set.

The card designs are even the same, except Fleer replaced the white borders on the 1977 set with yellow borders for the 1978 set. The cards once again feature 1 card highlighting an offensive play and another card featuring a defensive play for each team: 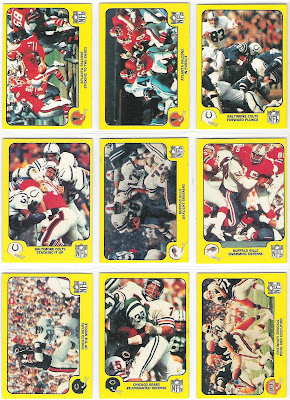 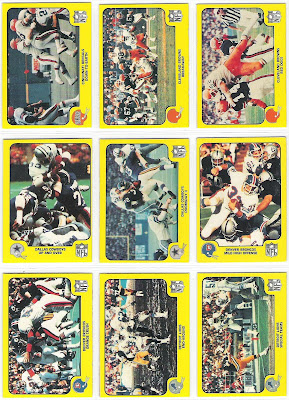 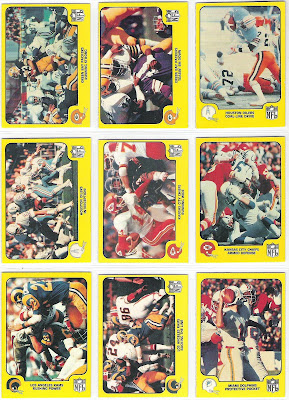 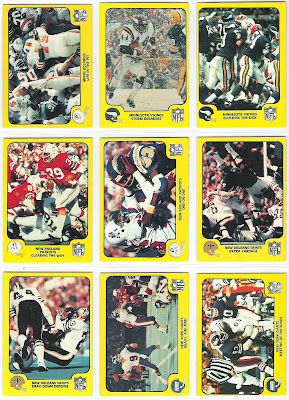 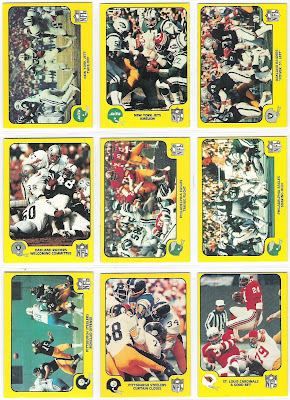 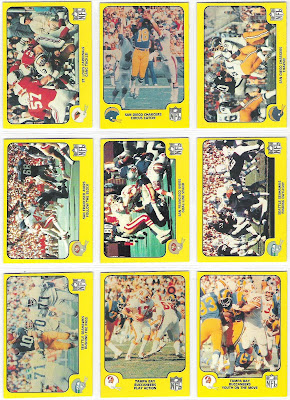 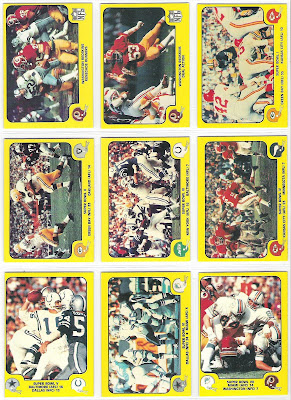 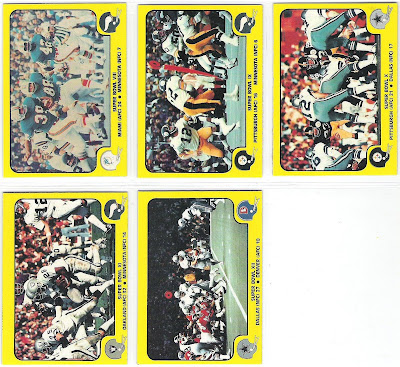 The set once again had a subset of Super Bowl cards, which meant that the set grew by one to a total of 68 cards with the addition of a card for Super Bowl XII.

Take a closer look at these cards. Can you find any pictures like the Vikings card with Chuck Foreman rushing through the snow or any of these other great actions shots in your 1978 Topps set? I don't think so.

This is what we got in our packs of 1978 Topps Football cards - closely cropped pictures with airbrushed helmets and lots of players without helmets: 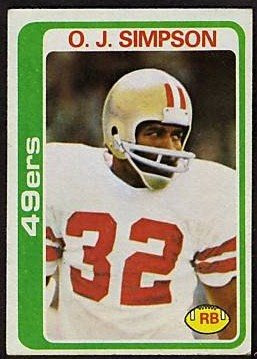 I don't mean to trash the 1978 Topps Football set as I had fun putting it together back in the day, but there really is no comparison in terms of which cards are more interesting to look at.

The backs are almost identical to the 1977 backs as well. As was the case with the entire run of the series from 1976 through 1988, Fleer didn't have an agreement with the NFL Players Association, so players are not identified by name, as the back of the Super Bowl XII card clearly shows: 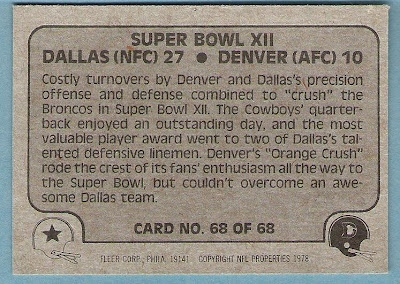 Unlike the 1977 set however, the 1978 wrapper promores the "Action Photos" as the main focus of the set (whereas the 1977 wrapper promoted the Patches): 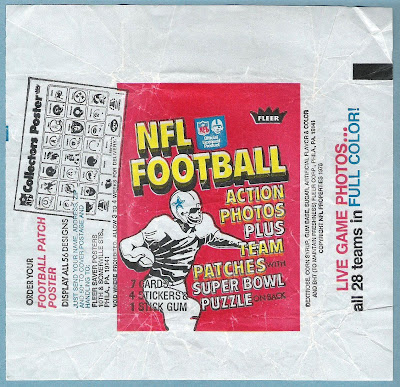 Finally, here is a look at the wax box: 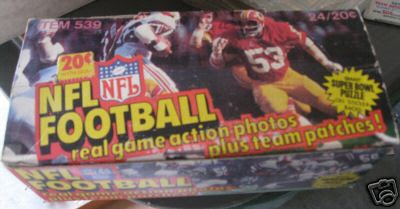 as well as a look at a full box of packs: 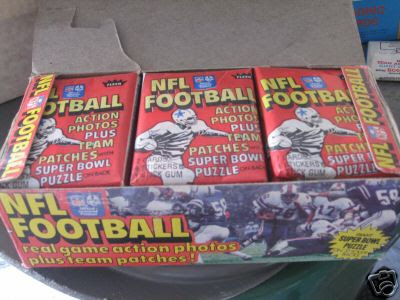