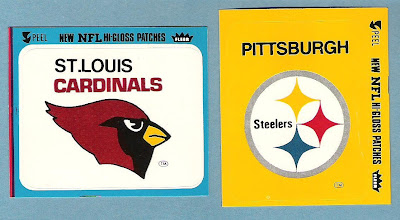 The only sticker change was on the Seahawks sticker with the red border, where the background changed from white (1977 & 1978) to blue: 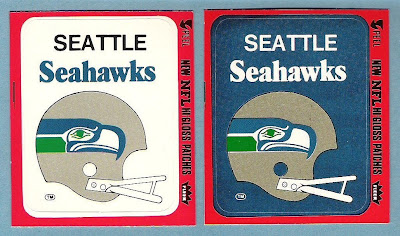 The other Seahawks sticker in the set with the yellow border retained the white background. Presumably Fleer figured out that since they weren't publishing a logo sticker for the Seahawks they needed to do something else besides a different colored border to differentiate the stickers so that there were 2 different Seahawks stickers in the set to be consistent with the other teams.

Once again there was a puzzle on the back of the stickers, this time of the Super Bowl XIII between the Steelers and the Cowboys: 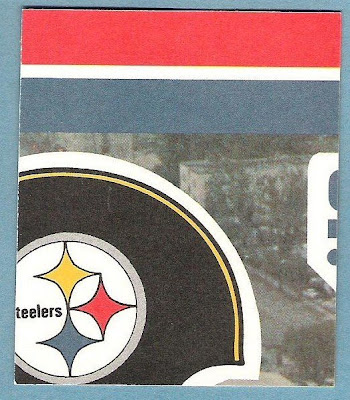 The card design is nearly identical to the 1977 white border set, except for the addition of a colored frame around the picture: 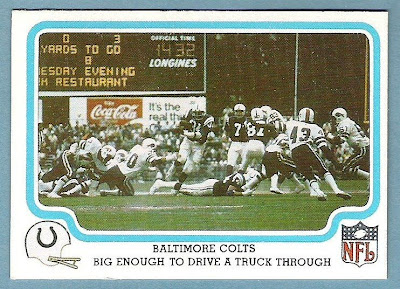 The backs once again describe the action that is taking place on the card: 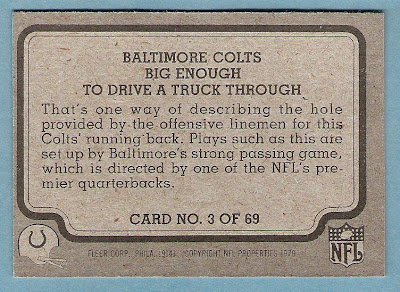 Of course, since Fleer didn't have a license from the NFL Players Association, instead of the card mentioning that Bert Jones (# 7) is on the front of the card, the text simply says the offense is led by "one of the NFL's premier quarterbacks."

Once again there are 2 cards for each team - 1 offensive play and 1 defensive play. The Super Bowl subset is once again included, meaning the card set increased yet again to 69 cards to include a card for Super Bowl XIII. 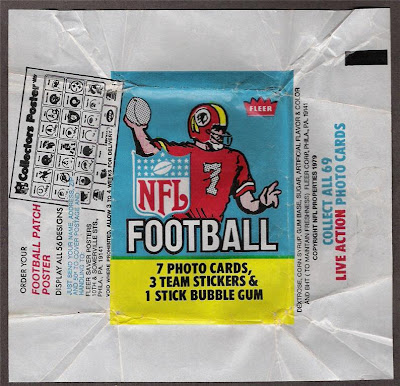 and has a drawing of Joe Theisman on the front.

Packs retailed for $.20 as shown on the box: 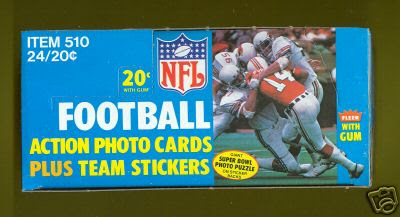 Ah, the good old days. For about $5, you could have had a full box of this to enjoy opening: 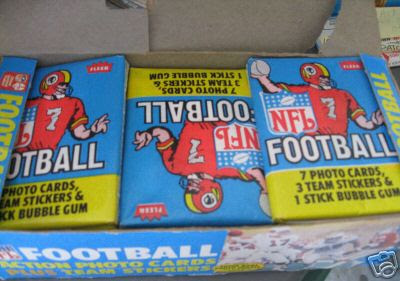