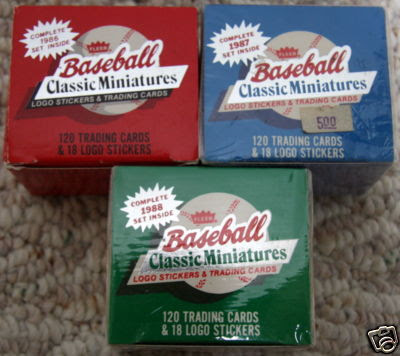 The team logo sticker designs are the same as the 1986 and 1987 sets, with both the red & white striped border and the yellow stars background designs, but the difference in 1988 is that the parts of the stickers that had been blue in '86 and '87 were replaced with green in '88: 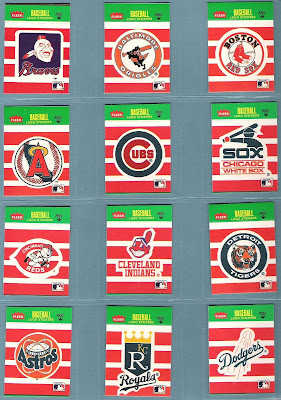 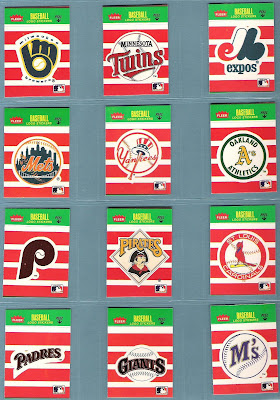 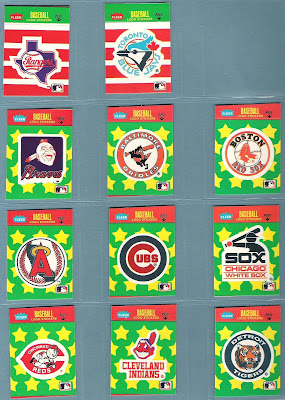 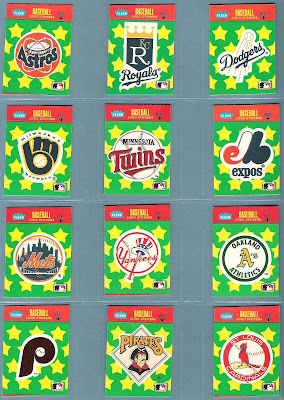 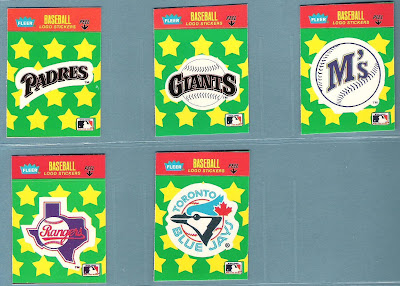 The other difference is that whereas the 1986 and 1987 stickers were blank backed, the 1988 stickers had the same stadium back designs as the regular 1988 stickers: 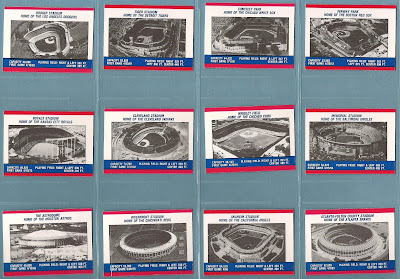 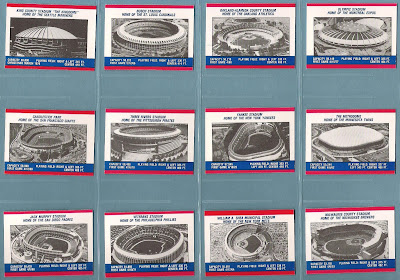 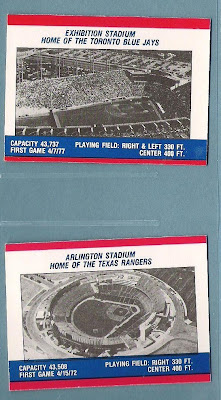 Once again the boxes contained a complete set of 120 cards, but did not contain a complete set of stickers. With only 18 stickers in the box there was no way to get all 26 teams unless you bought multiple boxes. To make things even more challenging, since there are 2 different sticker designs for each team, that makes a total of 52 different stickers for a full master set.

That would mean at a minimum, you would need to buy 3 boxed sets just to have a shot at the full set of team stickers with both border designs. In reality, it takes many more given the duplication that you inevitably run into.

The cards featured the same design as the regular size Fleer cards, but did feature a different photo, so unlike the 1975 Topps Minis, the Fleer Mini cards are not simply smaller versions of their regular sized counterparts: 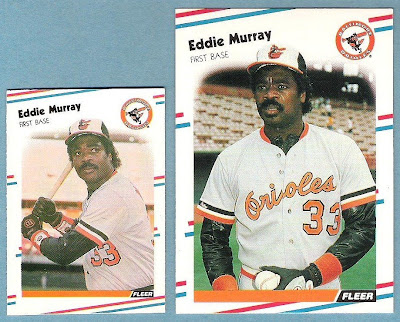 As the novelty of mini cards was starting to wear off, Fleer did not produce any more Classic Miniature sets after 1988.
Posted by Fleerfan at 6:52 PM