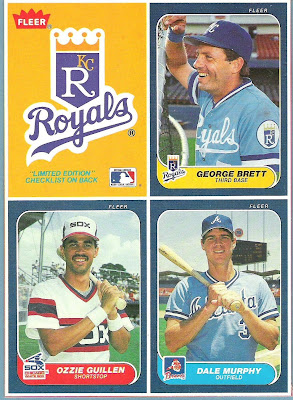 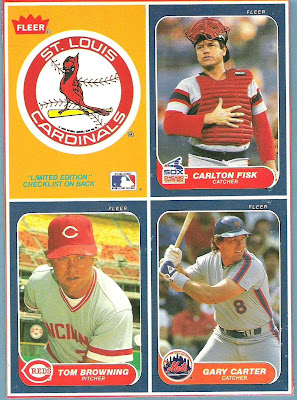 Just as Donruss had put a small version of their insert puzzle on the panel, Fleer used one of the spaces on each panel to feature their insert specialty - team logos. In this case, Fleer featured the previous season's World Champion Kansas City Royals and NL Champion St. Louis Cardinals logos, although they did not note these achievements.

The logo cards served as checklists, although it appears that someone had trouble counting: 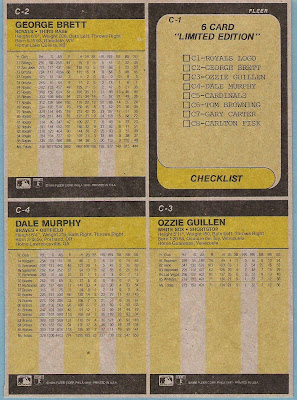 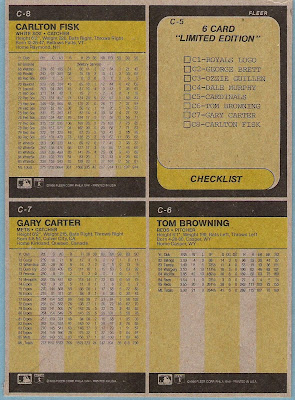 Both checklists mention this is a 6 Card "Limited Edition", and then proceed to list 8 cards. Presumably the logo cards must not be worthy enough to be considered "Limited". The cards are numbered C1 - C8. 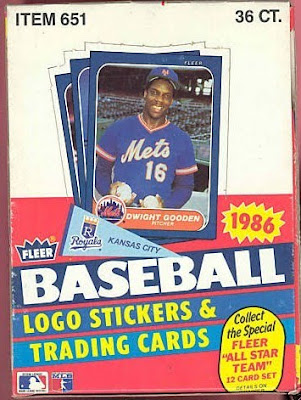 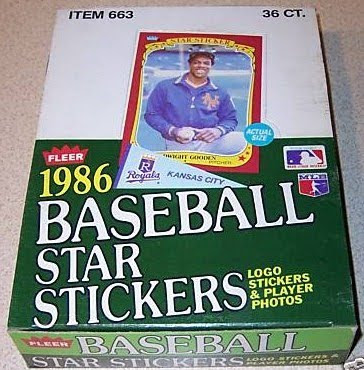 All Star Sticker boxes have the same panel, which has 3 cards which use the 1986 Fleer Star Sticker design along with a logo card for the 1985 NL West Champion Dodgers: 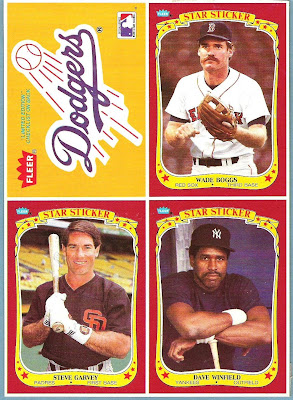 Fleer used a different numbering system for the Star Sticker box cards, as they are numbered S1 - S4 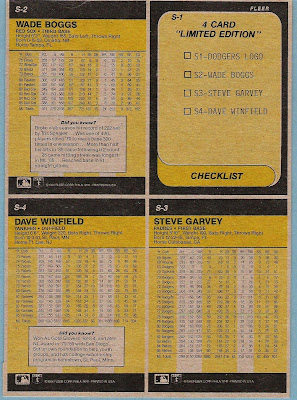 In this case, the Dodgers logo card IS considered one of the Limited Edition cards since the checklist reads "4 Card Limited Edition". Nice job of inconsistency!

It looks like Fleer also included cards on the bottom of the 1986 Fleer Baseball's Best Sluggers vs. Pitchers display box: 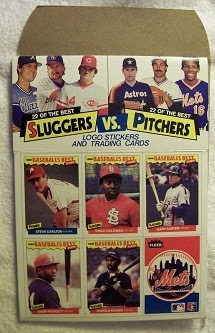 Here is a slightly larger shot of the panel: 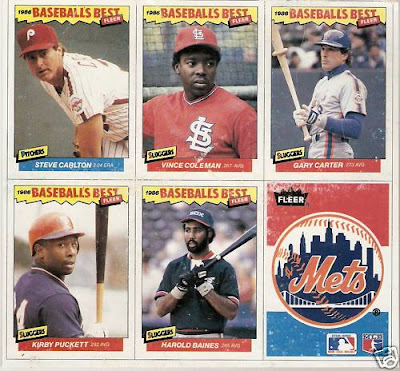 This box would have contained 24 of the Sluggers vs. Pitchers sets: 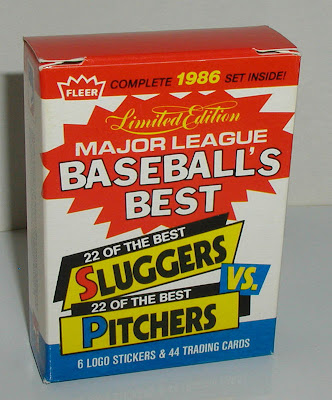 It's been a long time so I could be wrong but I seem to remember that all wax boxes had the same panel (probably the Royals, Brett, Guillen, Murphy) and the cello boxes all had the other panel.