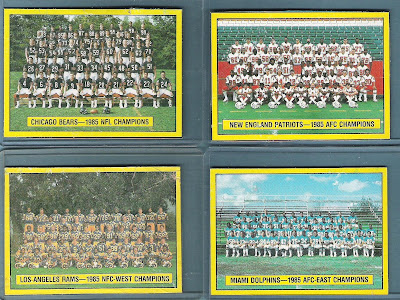 This picture of a 1986 Football wax box shows the full back panel with the team card: 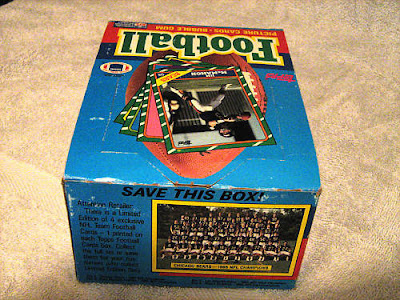 The 4 teams that make up the set are the Super Bowl XX champion 1985 Chicago Bears, their opponent the New England Patriots, and the teams that made it as far as the NFC and AFC Championship games - the Los Angeles Rams and the Miami Dolphins.

The back of the cards list the players pictured in the team photo: 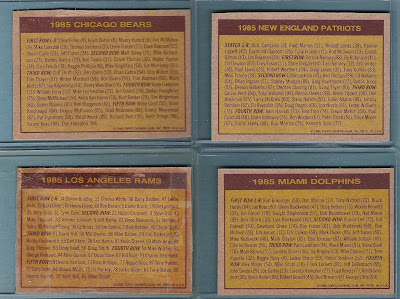 Interestingly, the cards are not numbered.
Posted by Fleerfan at 8:35 PM