For the third year in a row, Donruss included cards on the bottom of their wax boxes: 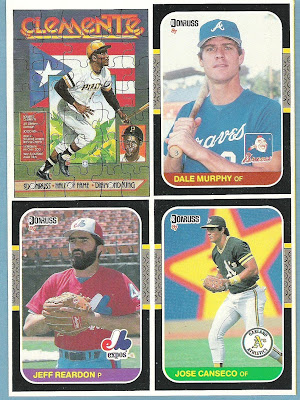 Once again Donruss created a card of the completed puzzle that was used as the insert in 1987 Donruss packs with this year's puzzle featuring Roberto Clemente. 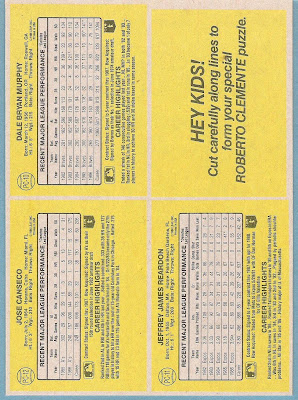 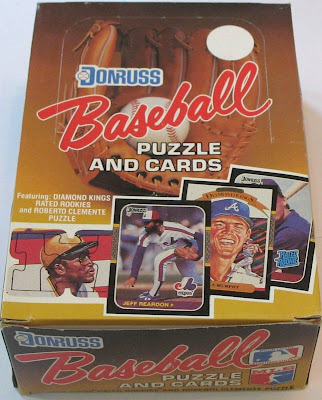 But just as they had done the previous year, Donruss did have a second set of 4 cards on the bottom of their other major offering that year - the 1987 Donruss All Stars / Pop Up set: 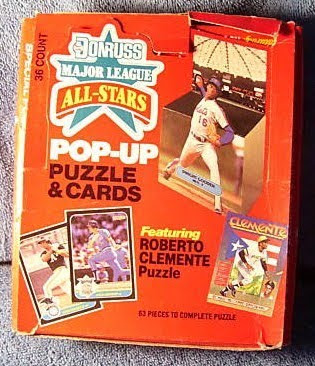 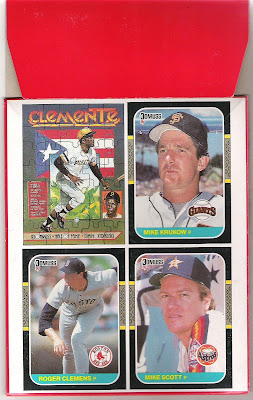 These cards continue the same numbering and are numbered PC13 - PC15.

1987 was the final year that Donruss included cards on the bottom of their boxes. Donruss was the first to come up with the idea, and was also the first to discontinue the practice. Their competitors who quickly followed their lead did not abandon the idea as quickly as they kept producing box bottom cards until the early 1990's which we will continue to cover in future posts.
Posted by Fleerfan at 9:37 PM

From my experience, these box bottom cards are hard to find in good shape...between shaky cutting and the general handling of the box they came from, these are typically in poor condition