In 1960 Topps issued Football Tattoos which were sold separately from their regular football card release.

The tattoo was included on the inside of the wrapper which also contained a piece of gum:

Here is a better look at the front of the wrapper without any marks: 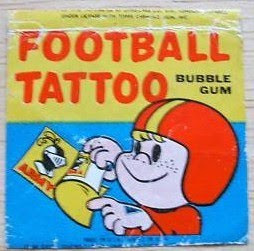 The Topps Archive did a great post on this release back in September. According to Dave, there are at least 76 known tattoos, but out of that number there are only 10 NFL logos and 10 NFL players 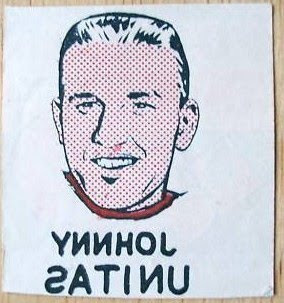 with the rest of the tattoos featuring College teams 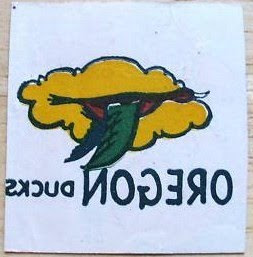 However, there seems to be some confusion regarding whether all 13 NFL teams that were in the league in 1960 are represented. The Beckett Guide I have (which is a few years old) lists 10 teams on its checklist: Bears, Browns, Cowboys, Lions, Packers, Giants, Steelers, Cardinals, 49ers and Redskins.

However, searching ebay I've come up with a scan of the Eagles, and The Topps Archive shows a picture of a strip with the Colts, which leaves only the Rams as the team that have not been confirmed.

In terms of visual proof, here are the 9 teams that I have been able to find pictures for: 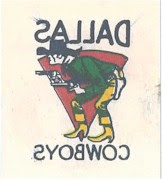 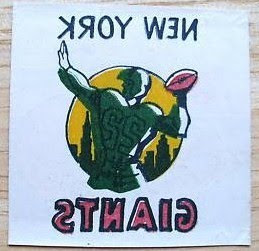 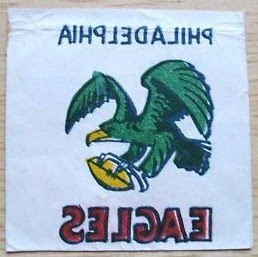 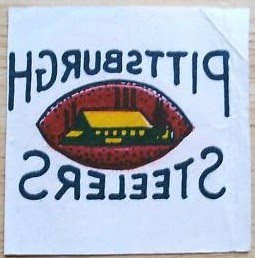 The Topps Vault auctioned two proof sheets a while back which show some players and teams that are not in the Beckett Football Guide I have, but the sheets also do not include some of the teams that I have pictured above: 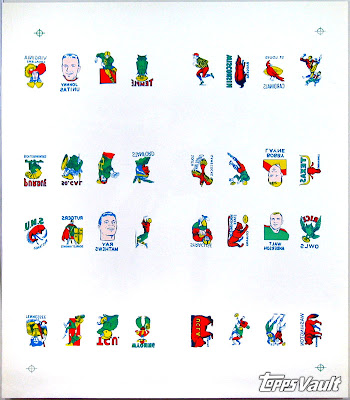 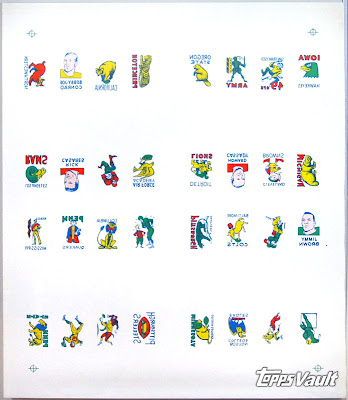 There must be one other sheet that would contain the other NFL teams not included in the above proof sheets like the Cowboys, Giants, Eagles, Redskins (and probably the Rams as well).

If the 3rd sheet is laid out with the same number of tattoos without any duplication, then that would indicate there may be as many as 96 different tattoos since each of these sheets contains 32 different tattoos, which means there are likely more than 10 NFL players as well (some of the players on the proof sheet are not on the Beckett checklist I have like Ray Matthews and Bobby Joe Conrad)

Given the disposable nature of these temporary tattoos, we may never have a definitive list unless the other proof sheet shows up at some point.
Posted by Fleerfan at 7:07 PM

The kid on that Tattoo wrapper looks like Elroy Jetson in a football helmet.