Topps' first Football insert set debuted 50 years ago back in 1960 with a set of 33 stickers featuring the 13 NFL teams in the league at the time along with 20 college teams. 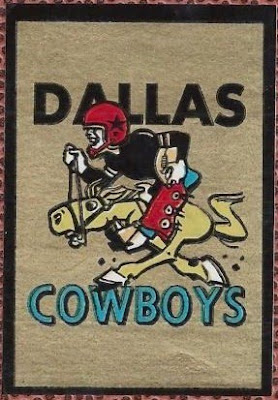 The stickers are metallic which make the images really shine. 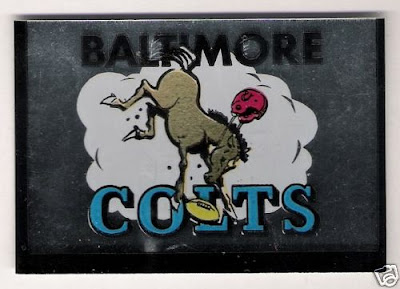 Considering these are now 50 years old, the quality of these is really quite good.

Here is a look at the full set: 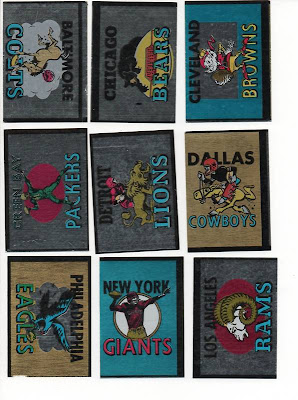 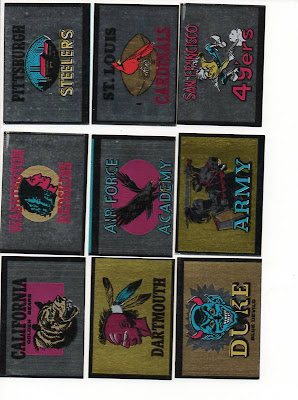 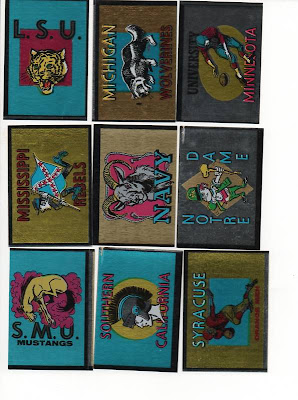 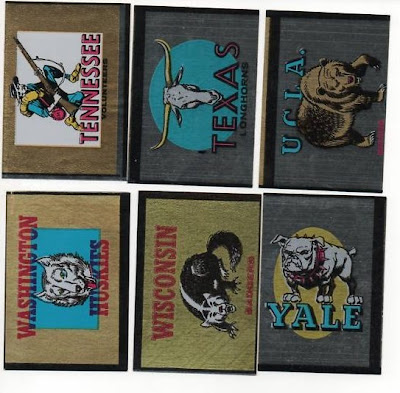 The 1960 Topps Football wrapper indicates that there is a metallic stick-on emblem in each pack: 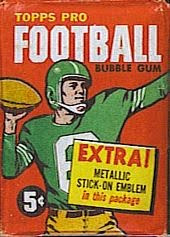 Topps wasn't the only company with an insert set in their 1960 Football release. Looking at the 1960 Fleer Football wrapper, they promote the fact that they are inserting a free decal (almost in the exact same spot on the wrapper as Topps) 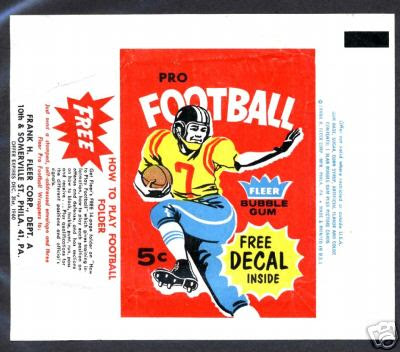 I don't think its just a coincidence that both companies were offering something extra in each pack in 1960. Fleer had a pro team insert just like Topps 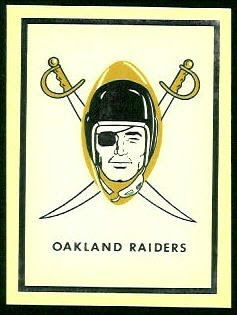 as well as college team inserts just like Topps: 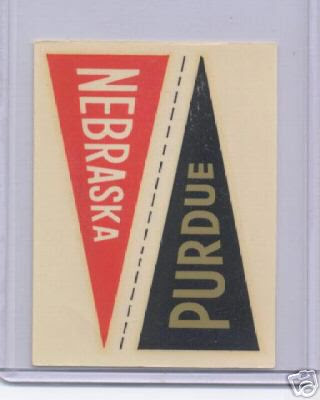 I don't know which company issued their set first, but it sure looks like one company either was aware of what the other was doing and copied the idea, or they released their set late enough after the other one to have time to come up with a similar insert set.

With Fleer entering the Football card market in 1960 with their AFL set, there was competition for kids' nickels, which gave both Topps and Fleer the incentive to try to find ways to make their packs more appealing.

The end result was that kids were getting something along with their 1960 Football cards that they had not gotten in previous years - stickers and decals!
Posted by Fleerfan at 10:40 PM