In 1982 Kellogg's ran a promotion that featured NFL team posters that were part of a Super Bowl sweepstakes: 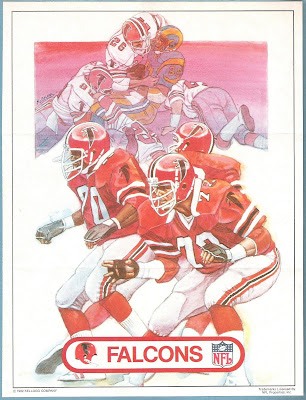 The posters were part of a contest to win a trip to the 1984 Super Bowl, and were found in boxes of Kellogg's Raisin Bran during the 1982 NFL season.

If you had a poster of the team that won the Super Bowl played on January 30, 1983 (which was the Redskins), you were to fill in the entry form on the back of the winning team's poster and mail the poster in by March 19, 1983 for a random drawing. Four of the entries would be drawn for 1st prize trips for 2 to Tampa, FL for the 1984 Super Bowl. There were also 500 2nd prizes which were Spalding footballs.

Here is a picture of the back of the poster with the information on the sweepstakes: 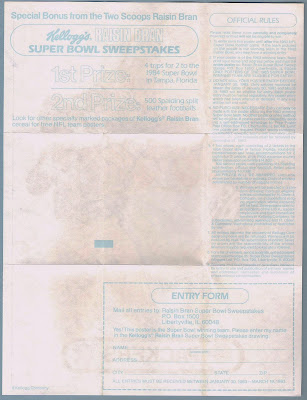 The posters feature nice artwork that showcases both the home and road uniforms of each team. 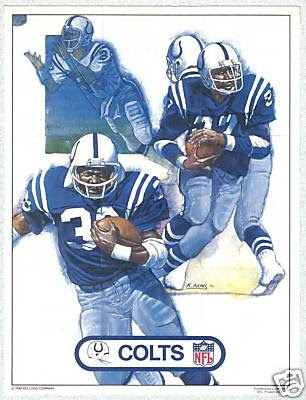 Since this was not licensed through the Players Association, the posters try to get away with featuring some of the top stars without actually identifying them by changing their uniform number: 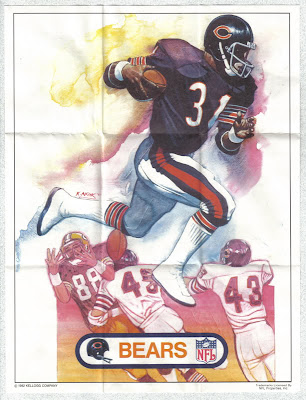 The Bears poster sure looks like it features Walter Payton, but Walter's #34 has been changed to #31. 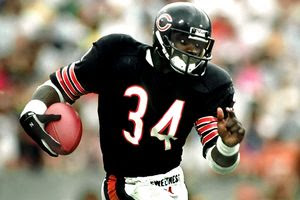 If you look at this picture and the poster, you can see the poster captures Walter all the way down to his wrist bands.

Here is a not so subtle attempt to make Joe Montana an anonymous 49er by changing his uniform to #10: 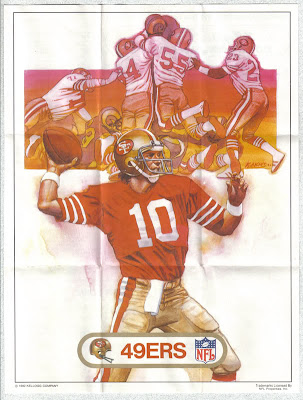 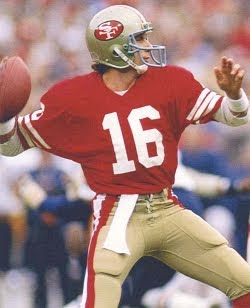 Changing a 16 to a 10 doesn't really hide the fact that the poster captures Joe Montana's throwing motion and his appearance all the way down to his wrist bands and hand towel.

These posters don't turn up for sale all that often which is a shame as I think they are a very nice looking set. Here is a look at the other posters I've come across: 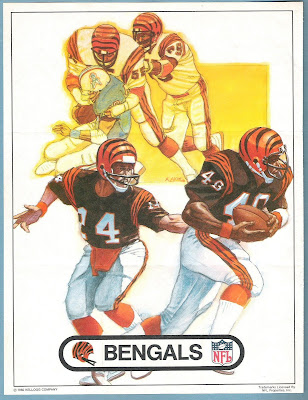 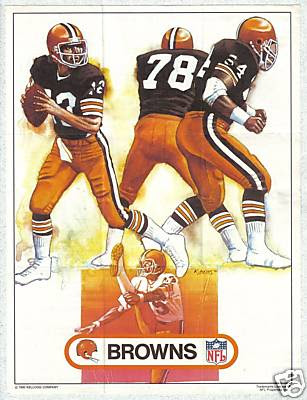 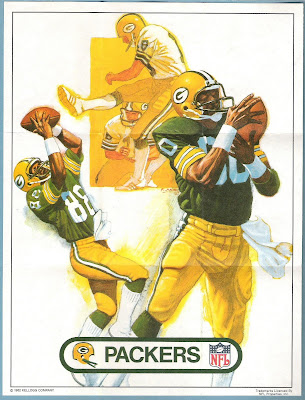 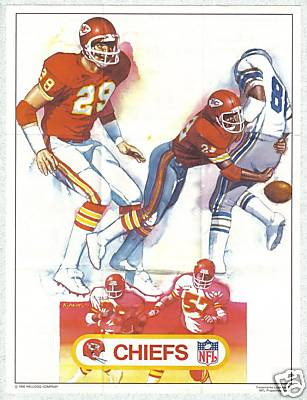 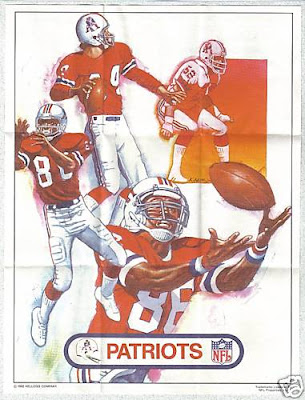 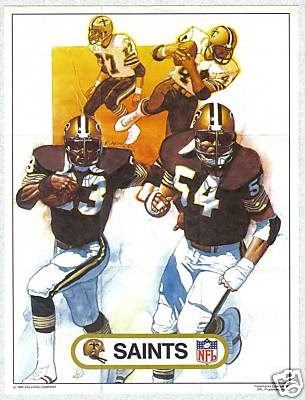 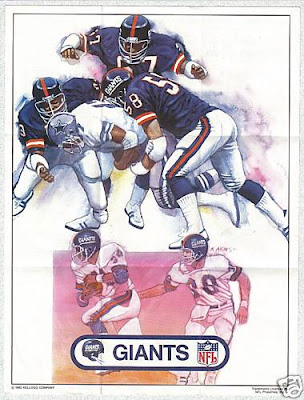 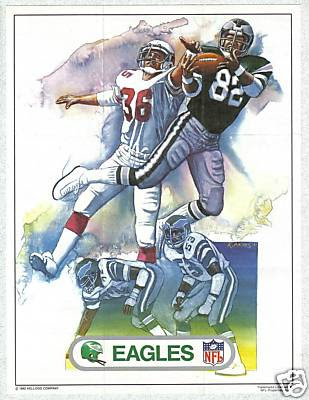 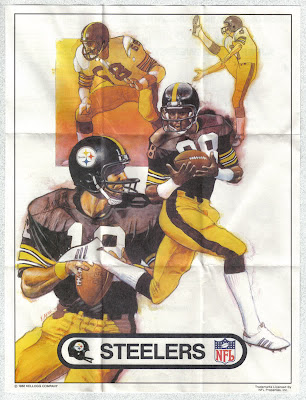 I'm not sure if the Redskins poster is any more difficult to find than the other teams since those would have been sent in by anyone participating in the sweepstakes. Unfortunately for those who entered the contest by sending in their posters, the rules state that entries would not be returned, so I'm guessing the Redskins posters that were sent in were ultimately destroyed.
Posted by Fleerfan at 9:07 PM

Very cool find, now only if I could find my Buccaneers?

Please e-mail me at fleerfan@gmail.com if you are interested in selling one of your poster sets. Thanks!

Have you seen a Dallas Cowboy poster? If so, I would be interested in purchasing it. Thanks.