In looking through the negatives that The Topps Vault currently has up for auction, I came across a number of great one of a kind Orioles items, including the negative for Cal Ripken's Topps Traded Rookie card: 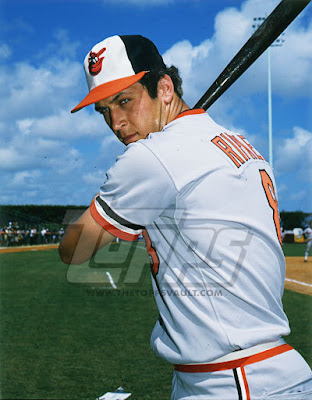 This is a great photograph which looks so sharp when compared to the image produced on the card: 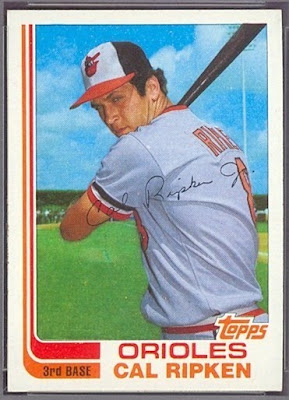 Its interesting to note that it looks like they airbrushed out the white line from the coaches box right under his arm for some reason. The card looks very washed out when compared to the original negative.

Also up for auction is an alternative unused shot of Brooks and Frank Robinson from 1966 that was from the same shoot as the 1967 "The Champs" card and the 1968 "Bird Belters" card: 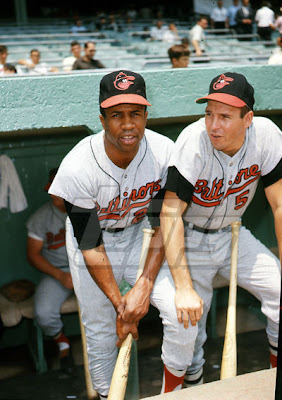 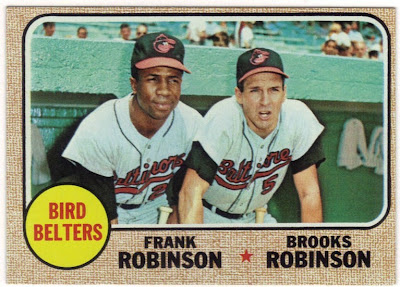 Speaking of Brooks, there are a number of negatives up for auction from some of Brooks' cards, including his 1961 All Star card 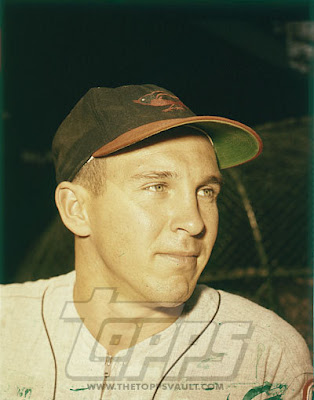 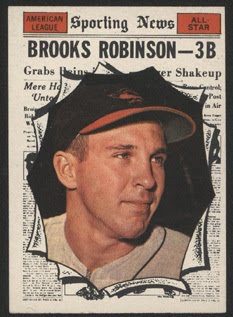 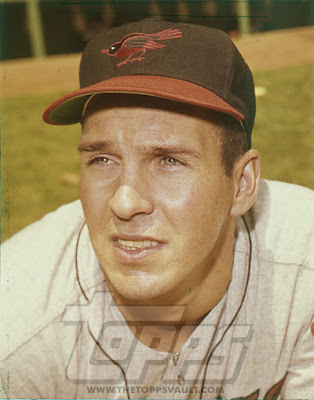 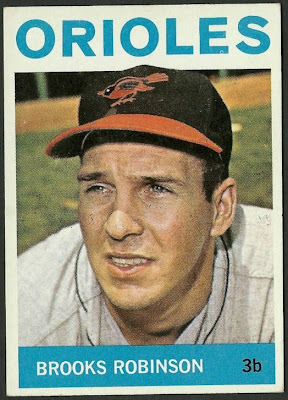 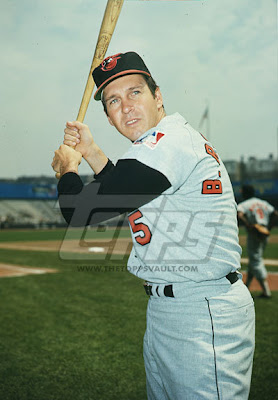 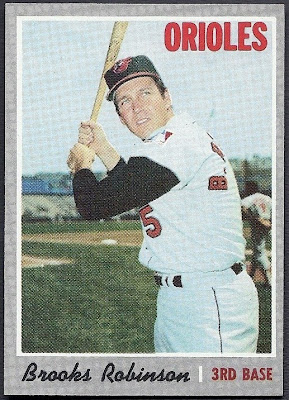 Finally, Topps is also auctioning off the Jim Palmer negative from his 1977 League Leader card 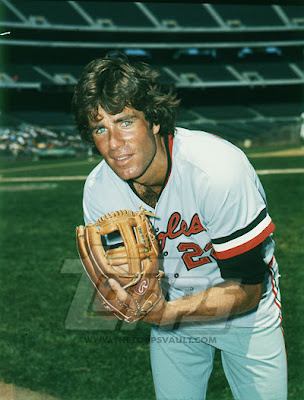 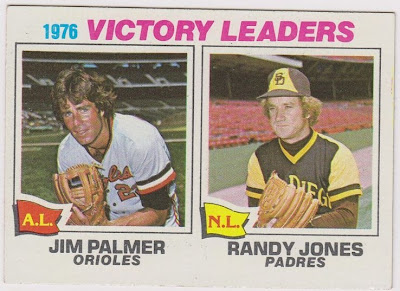 which has also been used on some recent cards as well, such as this 2009 Topps Legends of the Game: 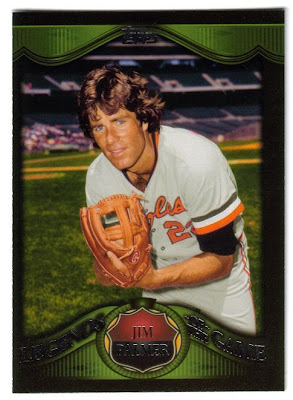 I really enjoy looking at the negatives that Topps continues to offer from their archives, as the images that were selected for cards show much more detail than what was reproduced on the card, and the unused images are fun to look at as they provide an alternative view of many familiar cards.
Posted by Fleerfan at 8:54 PM

Those are some awesome pictures. Thanks for sharing them!

I have to Jim Palmer negative - are you interested in buying it?