After my recent post about the Orioles 1971 -1972 Orange Uniforms, ESPN writer / Uni Watch blogger / clothing label aficionado Paul Lukas sent me this amazing picture of the tag that would have been found on those uniforms : 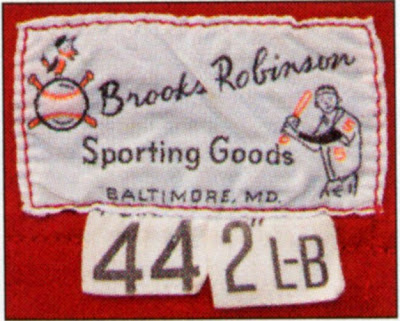 I really like the Orioles original logo on the top left and #5 himself on the bottom right.

As mentioned in Bill Henderson's MLB Game Worn Jerseys of the Double-Knit Era, the Orange Uniform was produced by Powers Manufacturing and sold to the Orioles by Brooks Robinson Sporting Goods. 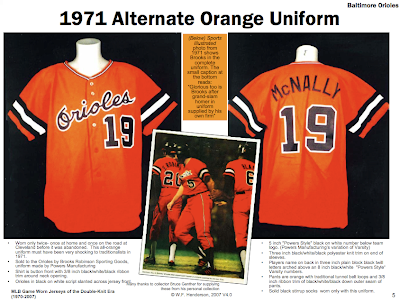 The interesting thing about the picture of the tag / label is that it actually comes from another very rare uniform - the Baltimore Claws ABA team according to the person who sent the picture to Paul.

In 1975 the Memphis Sounds moved to Baltimore, where they were going to be called the Hustlers, but then were renamed the Claws. The team only played 3 exhibition games in the Fall of 1975 before the team folded due to financial troubles. Remember the ABA has a detailed account of the teams short history if you'd like to learn more.

The jerseys they wore during those exhibition games were simply their old Memphis Sounds jeresys with "Claws" sewn over "Sounds" as clearly seen in the picture below: 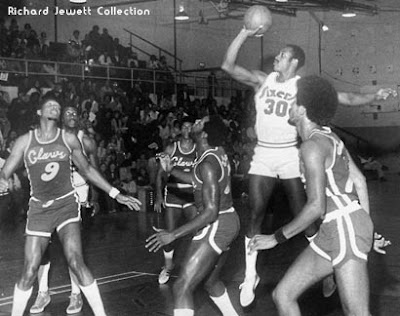 Even though they only played 3 preseason games, the uniform did make the cover of Sports Illustrated (from the same game shown pictured above): 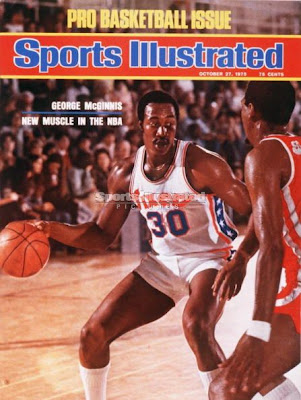 Lets pan out a little and get a better look: 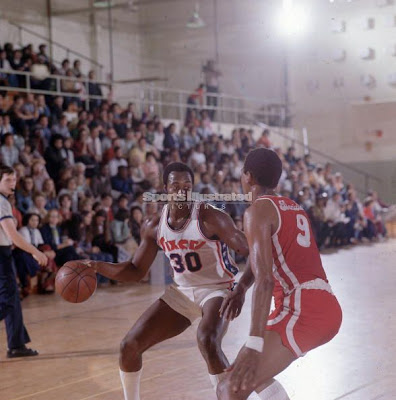 Since these are the old Memphis Sounds jerseys, the tag did not come from these preseason jerseys. The tag comes from a prototype jersey pictured on the Remember the ABA site:

Its almost impossible to see any detail, but the white tag at the bottom of the jersey appears to be the same as the image that Paul sent.

Getting back to Brooks Robinson Sporting Goods, it looks like they also produced "souvenir" jerseys as these pictures from Hunt Auctions show: 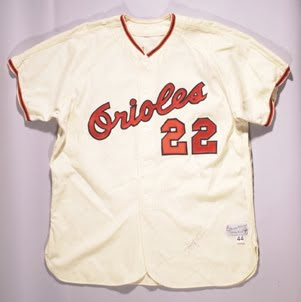 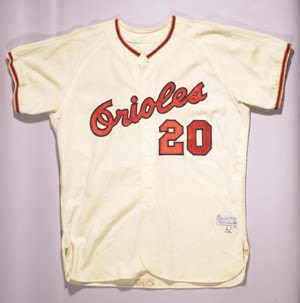 Unfortunately the scans are small, but it does look like these jerseys are carrying the Brooks Robinson label.

Another great item that was included in this auction was a Brooks Robinson Sporting Goods jacket: 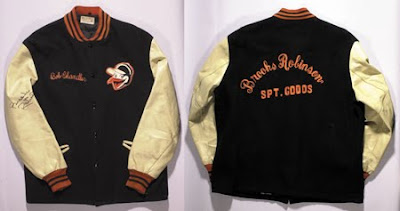 I would love to have that jacket!

Unfortunately for Brooks, the Sporting Goods business was not good to him. Of course it didn't help that the Orioles shelved the Halloween uniforms and the Claws never did need any jerseys, but in the end, the Sporting Goods company almost drove him to bankruptcy.

According to this sidebar item in the March 23, 2009 Sports Illustrated about athletes going broke, Brooks was on the verge of bankruptcy due to his investments in the sporting goods company 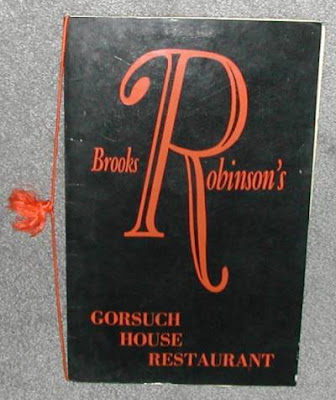 before he became a partner with Ron Shapiro at Professional Management Associates, as mentioned in this Info World article from December 1981: 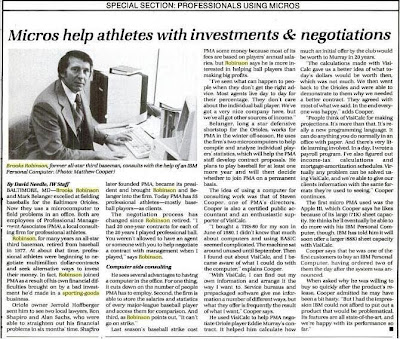 Unfortunately Brooks Robinson's Sporting Goods company is no longer in business, but they sure did come up with some great (and extremely rare!) items.

Thanks again to Paul for passing along this great looking label!

Bruce - thanks for setting the record straight!
Posted by Fleerfan at 8:21 PM

The jersey you displayed indicating that the jersey was a prototype for the Claws is actually a jersey prepared for the University of Baltimore and not the Claws. I was the uniform designer and art director for Brooks Robinson Sportings Goods from 1971 until the company closed. So to set the record straigth..the maroon and gold basketball jersey is the road jersey of the University of Baltimore and not the defunct Baltimore Claws.

Thank you very much for commenting. The picture in question came from the Remember the ABA site, so it looks like there is some confusion over the jersey.

Thanks for setting the record straight!

I believe that the Claws played a handful of games before operations ceased. They played their home games at Towson University.
I have logos for the team (colors: green and gold). I think that Chris Creamer has them also.
The last"professional" minor league basketball team was the "Baltimore Bayrunners". Any guesses on who owned this team ? (HINT: It was his first pro franchise)
-----------------------------------
I believe that the Orioles wore the sleeveless shirts for one game ... maybe they wore it for a home stand.

The Orioles' vest jerseys were worn for 8 games in 1969, the last in late May.

I worked in Brooks' sporting goods store in 1074-75. I remember Bruce very well and know Phil Wood. When the store closed down Brooks got me in with the Balrimore Orioles!! Brooks has been a wonder friend as Phil Wood has. I was with the Orioles almost 9 years then with the Baltimore Blast Soccer team 20 years. Thank you for posting this site.

I remember watching the game that night on a Baltimore channel. One of the announcers said Boog Powell looked like a "giant drop of blood."

The "souvenir" Orioles' jerseys pictured in the Hunt Auction were from the Orioles' Old Timer's Game in 1976 when they brought back the '66 team to play the '66 AL All-Stars. Brooks Robinson's Sporting Goods supplied the unis for both teams.