The always amazing The Topps Archives has been doing extensive research on the ultra-rare 1968 Topps 3D prototype card of Brooks Robinson. In looking at the photo on the card 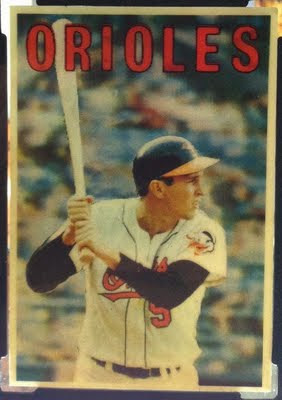 I couldn't help but think I'd seen the photo somewhere else. In digging through my files, I found this picture: 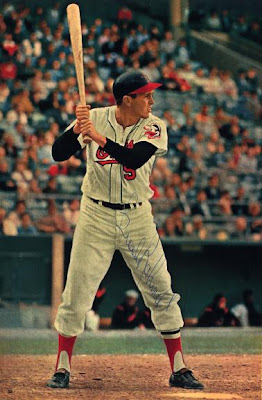 Taking a look side by side, I think I've found a match: 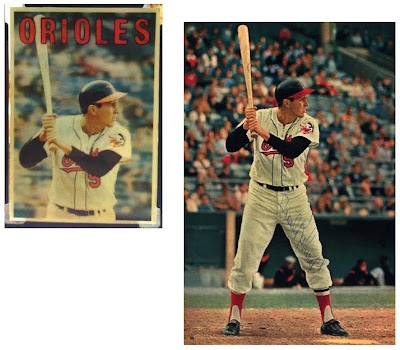 Lets zoom in a bit closer and compare (click to enlarge): 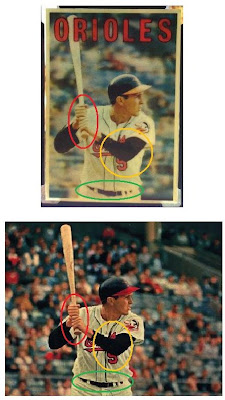 The interesting thing about the photo on the card however, is to give it a 3D look, they've repositioned the crowd behind Brooks: 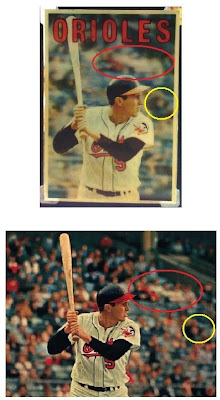 It appears they took the image of Brooks and moved it to the right and down a bit relative to the background. I'm assuming this was done to create the illusion of depth for the 3D effect.

This picture is available from a few sellers on ebay as seen by the pictures below, so it appears to be a common photo: 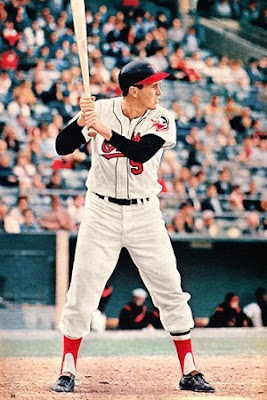 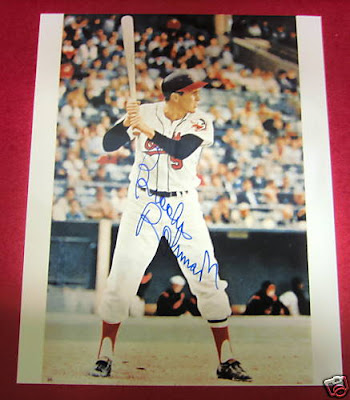 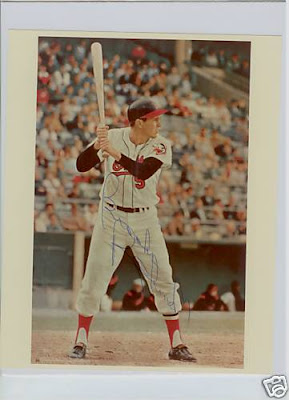 It almost looks like a shot that might have appeared in Sport Magazine back in the early 1960's, although I have no idea if that is where it may have originated or not.

In any case, its nice to see one of the original photos used for of the rarest Topps test issues of all time.

Ha-well done! I'll link in my next update! Those crowd repositionings are about right for these cards; some of the proofs for the issued cards have two completely different backgrounds.