After reading Night Owl's great post about the Ron Cey button that he had as a kid, it reminded me of the ad for photo buttons that was on the 1981 Fleer Baseball Wrapper: 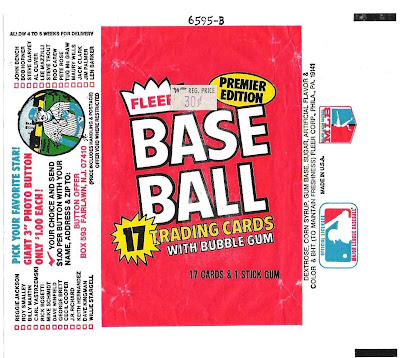 Even though it isn't listed on the order form, the Ron Cey button certain looks similar in design 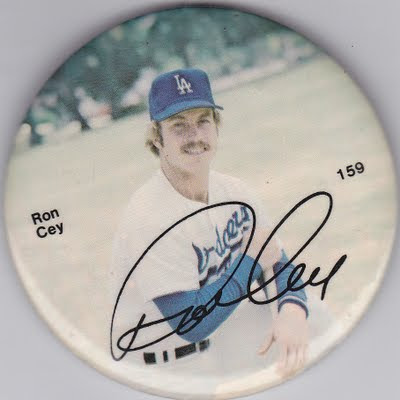 to the Reggie Jackson button that is pictured on the wrapper: 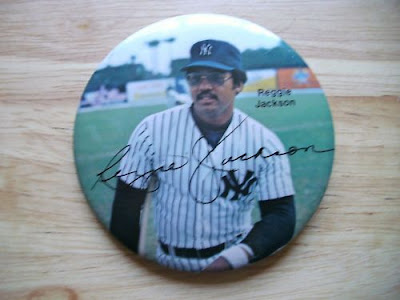 Based on the names on the checklist, I decided to see if I could find some other buttons, and guess what I found. Some of the buttons have the exact same picture as the player's 1981 Fleer card: 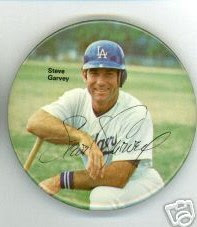 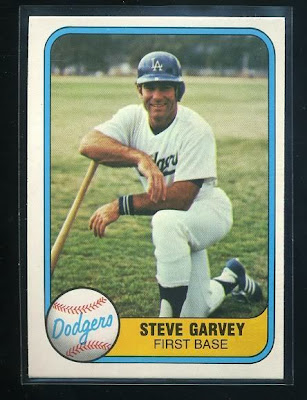 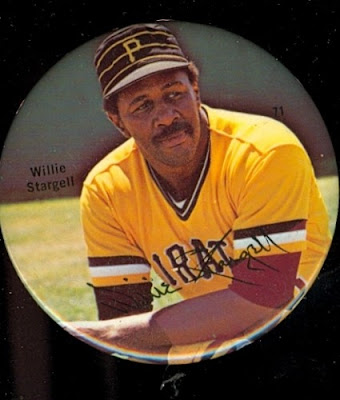 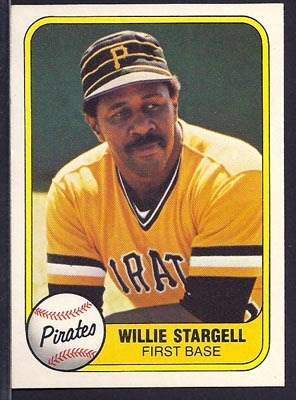 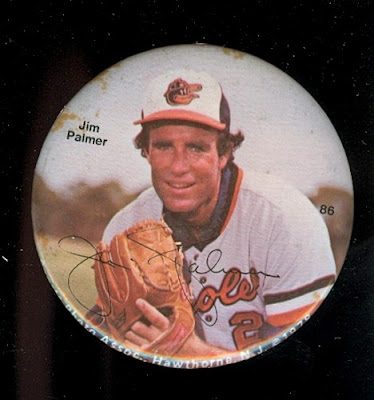 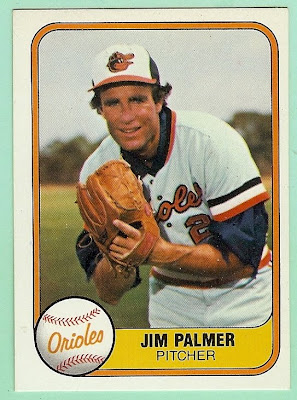 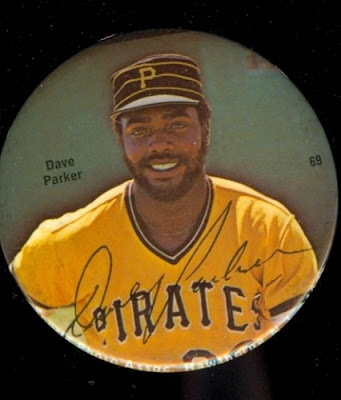 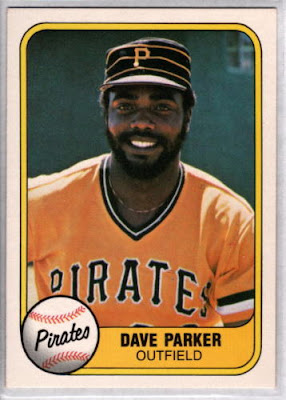 Other pictures were not exact matches, but were certainly taken at the very same time: 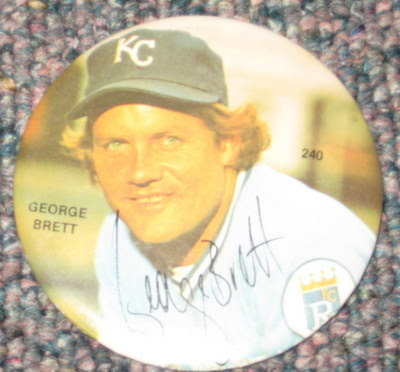 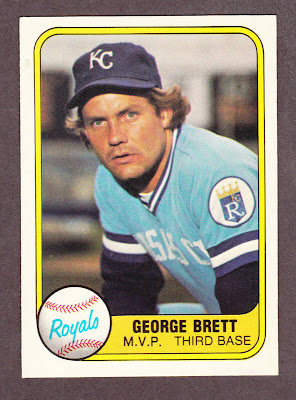 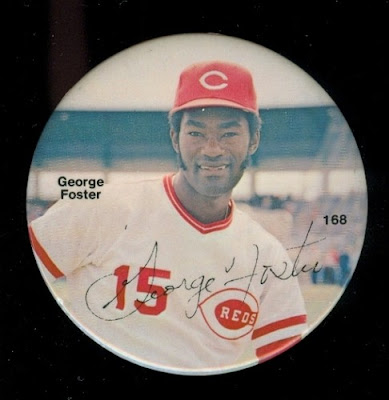 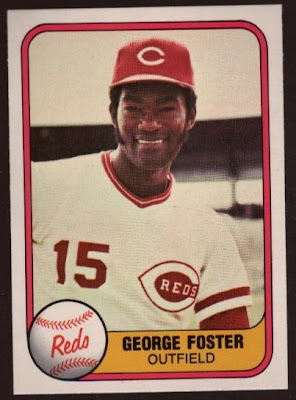 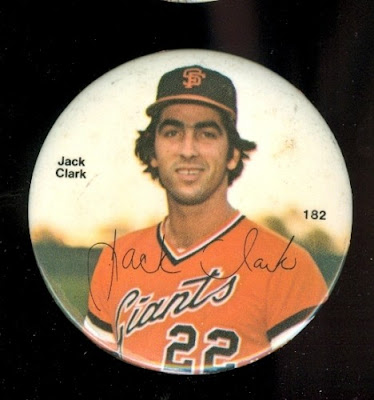 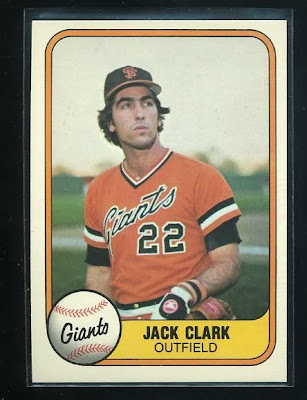 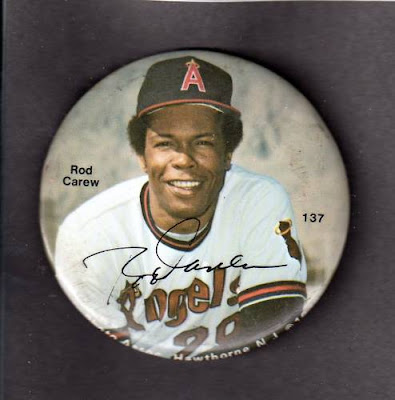 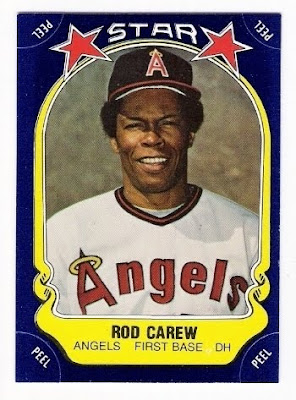 I also found some pictures of proof sheets, which also feature similar shots to the 1981 Fleer cards: 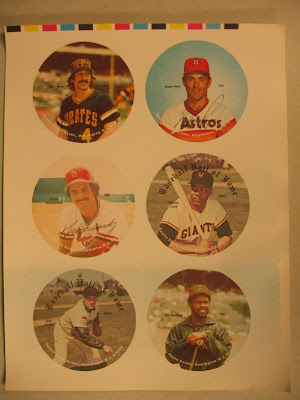 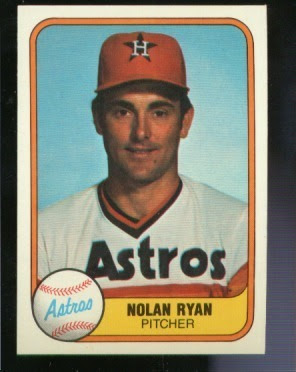 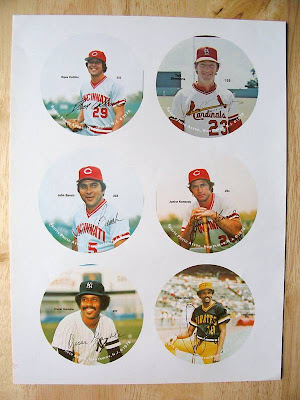 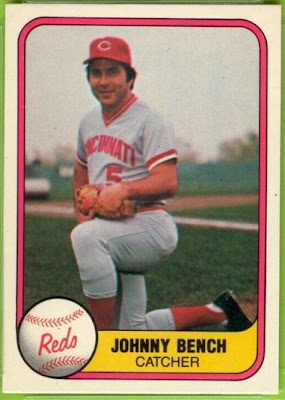 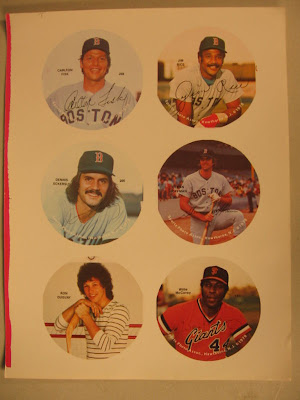 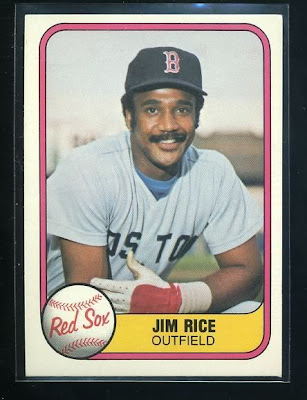 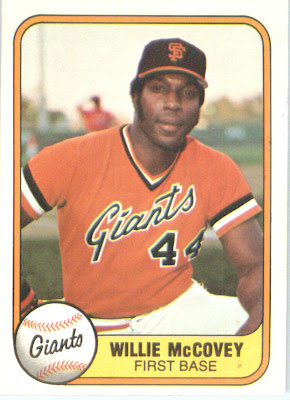 From the proof sheets, we can see the name of the company that was producing the buttons - Sports Photo Association.

I'm guessing that since in 1980 Fleer would have needed pictures for their inaugural set that they were putting together for 1981, it would have made sense for them to work with Sports Photo Association to get images for their cards. That would explain why so many of the pictures on the buttons either match, or are almost identical to the 1981 Fleer set.

It would also help explain why there was an ad for the buttons on Fleer's wrappers. Perhaps as part of the arrangement for providing photos, Sports Photo Association wanted a way to promote their buttons and Fleer agreed to include an ad on the wrapper.

As the Ron Cey button shows, not all buttons feature photos that match or are similar to the 1981 Fleer set. For example, here is the Eddie Murray button 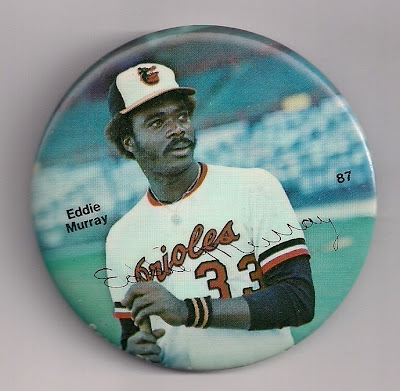 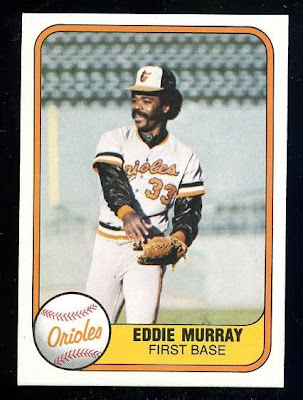 In looking for pictures of examples, I sometimes saw these referred to as being from 1978 and other times from 1981. It could be that SPA also made buttons back in 1978, but with so many of the pictures matching up with 1981 Fleer cards, I would have to say that their biggest set was the 1981 release.

The Red Sox didn't start wearing those uniforms until 1979, so we can be certain the buttons aren't from before then. Interestingly, the Jim Rice button picture is slightly different than the card. His left hand is in a different position.

The Red Sox first wore those uniforms in 1979 so we can be certain the buttons aren't from before that. Interestingly, the Jim Rice photos are slightly different. His left hand is in a different position on the two examples.

What's up with the Ron Duguay shot in the sheet (under Eckersley)? Was there an NHL set as well?

What's up with the Ron Duguay button? It's on the sheet right under Eckersley. Did they do an NHL set as well?

I don't know, but that Ron Duguay badge picture is kind of creepy looking...

There is evidence to support the Sports Photo Assoc. button series to have carried at least to 1984, as there is a Pete Rose in an Expos uniform numbered in the mid-300s.