On Saturday, October 22 a statue of Brooks Robinson was officially dedicated across the street from Oriole Park at Camden Yards. 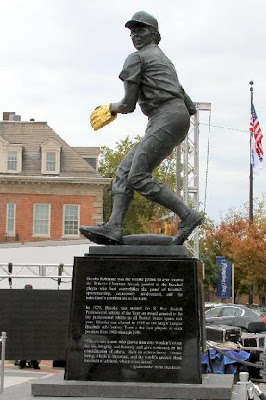 The bronze sculpture is located on the plaza at Washington Boulevard and Russell Street (which will now be known as Brooks Robinson Plaza), and was commissioned by The Babe Ruth Birthplace Foundation and The Dorothy L. and Henry A. Rosenberg, Jr. Foundation. As a fitting tribute, Brooks is wearing a gold glove: 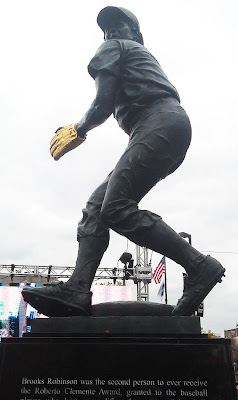 Brooks and his wife Connie 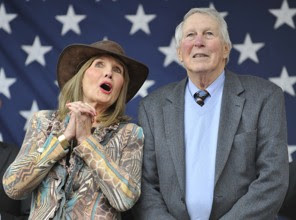 were joined at the ceremony by several local officials and about 1,000 enthusiastic O's fans. 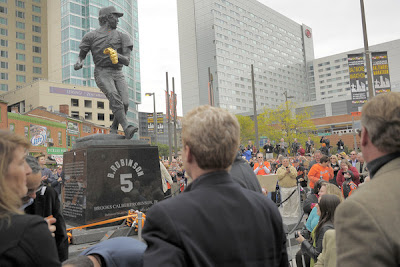 Brooks joins Babe Ruth and Johnny Unitas as the third Baltimore sporting legend to be immortalized with a statue, which he noted in his remarks. Brooks said “Never did I expect to have a statue, let alone a statue 300 yards from a statue of the greatest player in major league history – Babe Ruth. And another 300 or 400 yards is the statue of the greatest quarterback in NFL history, Johnny Unitas, a dear friend of mine that I miss very much.”

Congratulations Brooks on this well deserved tribute! I am looking forward to visiting the Plaza and seeing the statue next time I am in Baltimore. Here's to a man I've always admired and respected, ever since I was a kid: 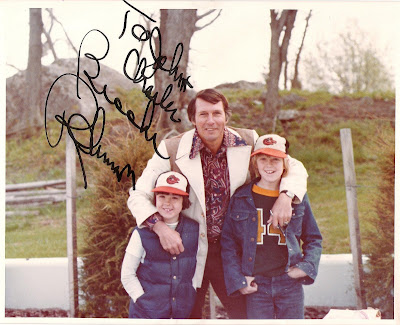 For more information about the Brooks Robinson Statue, please visit http://www.BrooksRobinsonStatue.org
Posted by Fleerfan at 10:04 PM

Very appropriate picture - since that appearance was at a Crown Station and the principal sponsor of the statue is the CEO of Crown.