Have a Wacky Halloween!

Just in time for Halloween comes this special Halloween edition of Wacky Packages from Topps: 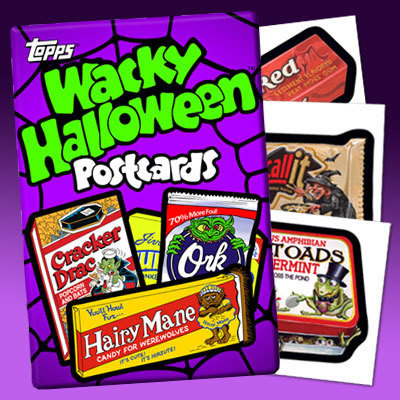 This special edition of 2011 Wacky Packages Halloween Postcards was available only through Toppsonlinestore.com, and quickly sold out as it was limited to only 660 sets.

Here is a look at everything that came in the set: 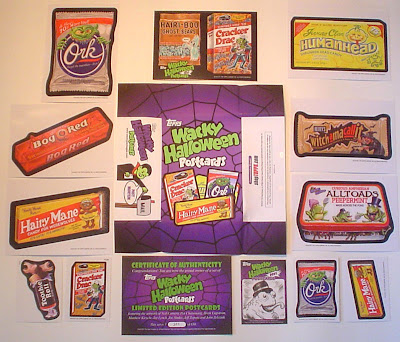 The postcards are large cards that actually do have a back that can be used as a postcard: 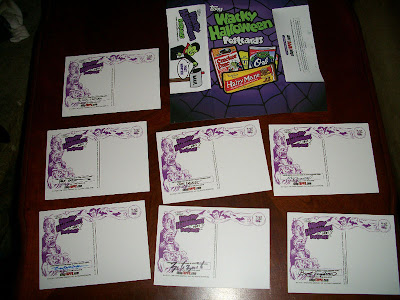 Here is a closer look at the 6 postcard titles: 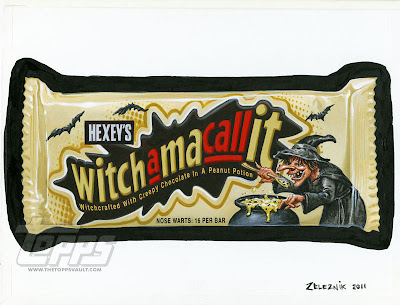 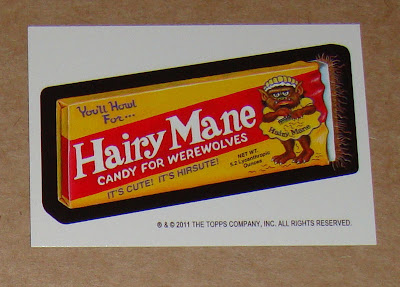 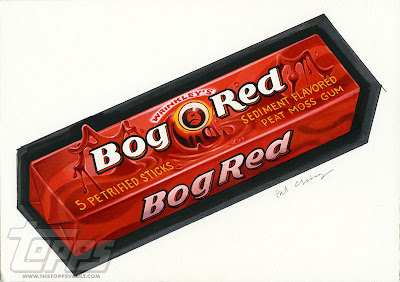 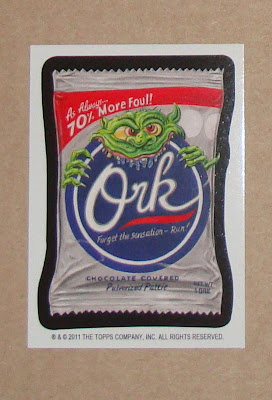 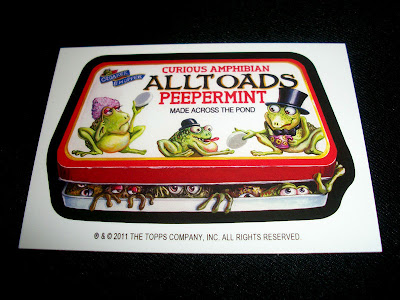 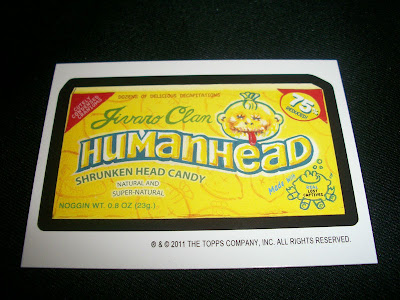 There is also a special Halloween Postcard featuring two other Halloween themed parodies: 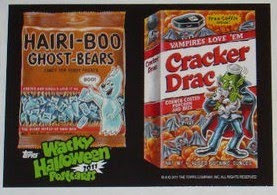 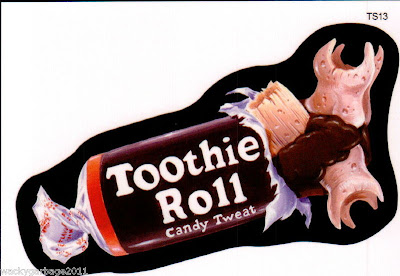 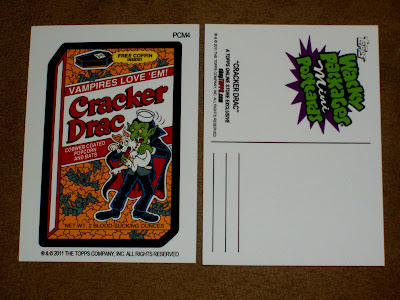 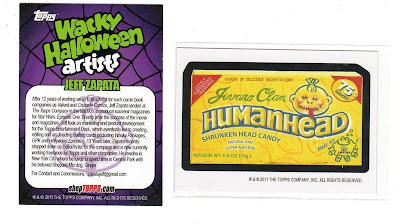 as well as a sketch card: 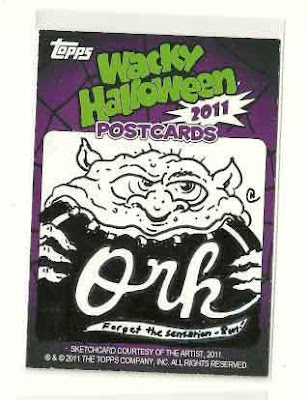 This is the 3rd year that Topps has issued postcards with a Halloween theme. In 2010 Topps released a similar set of postcards 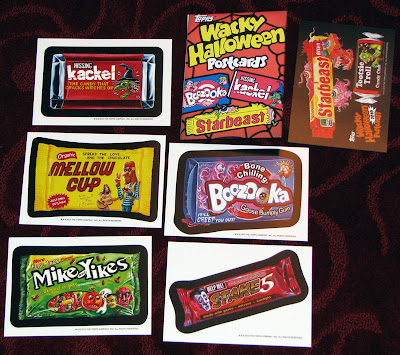 that also came with a bonus card 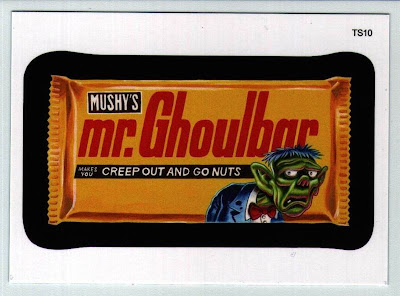 and in 2009, they issued a Wacky Halloween postcard as part of the Series 4 Wacky Packages Postcards set: 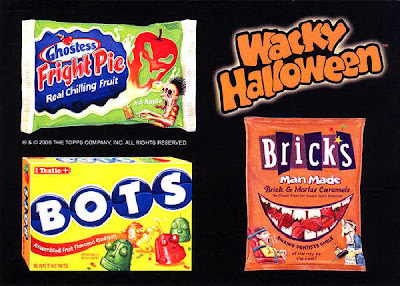 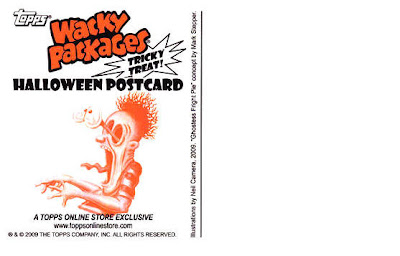 It looks like the Halloween Postcards are becoming an annual Wacky Packages tradition.

Thanks for taking the time to post that up! Those are so cool!

Hi Just One Questing I Have A Pack of 2011 Halloween Postcards All Are Signed ? Are They Good