As I mentioned in my last post about the Avon NFL Decanters, Avon also produced a set NBA Decanters.  Here is a look at the set of all 22 teams that were in the league at the time (1976 - 1977): 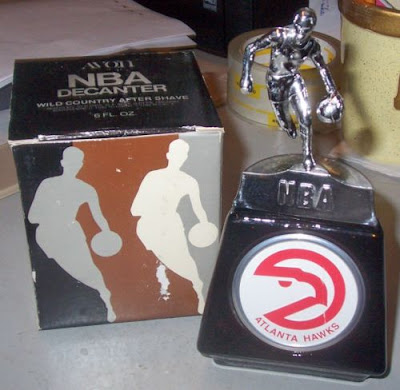 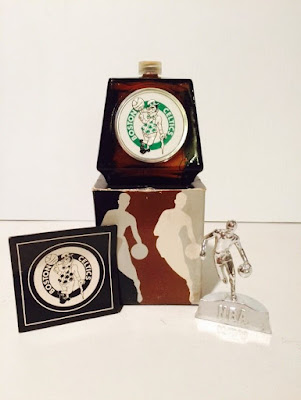 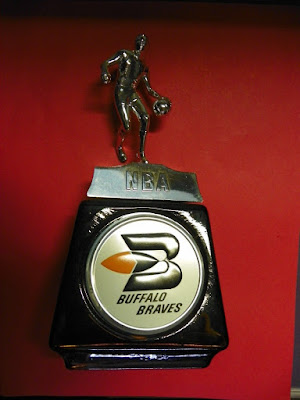 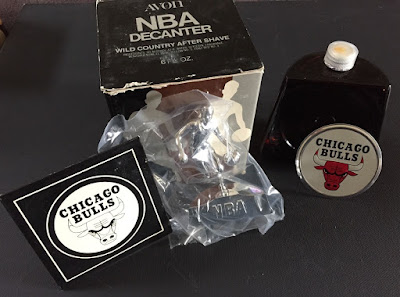 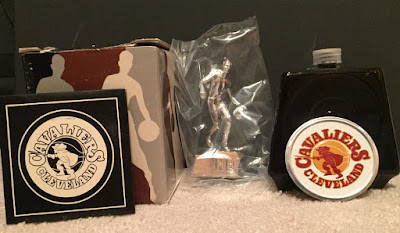 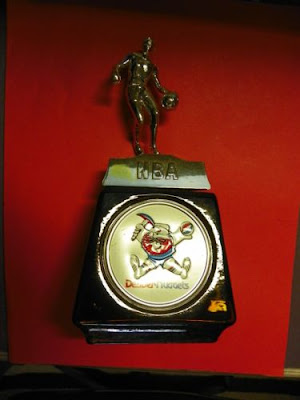 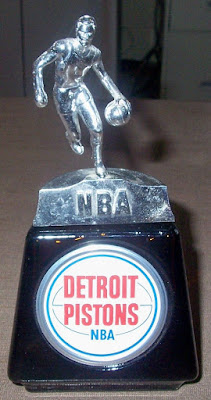 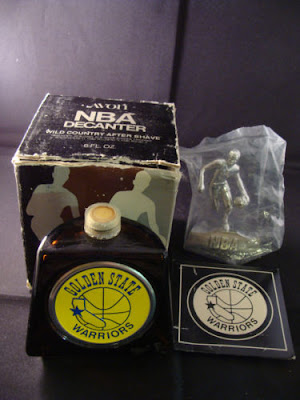 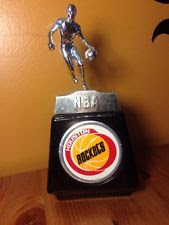 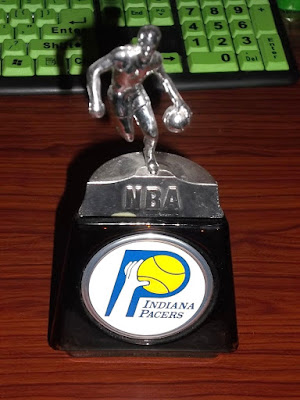 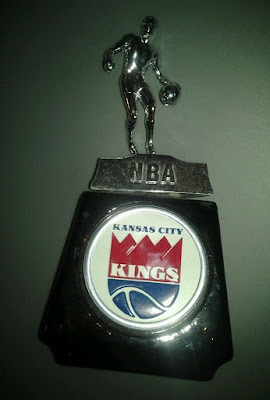 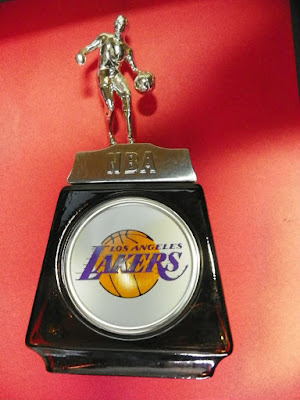 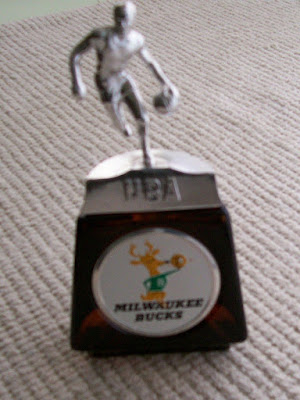 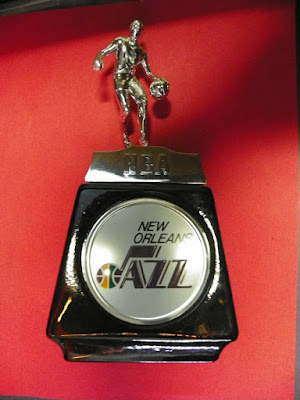 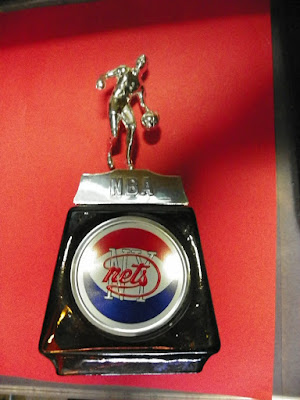 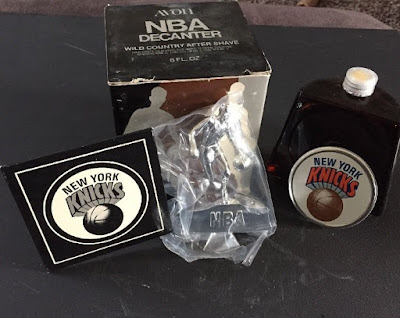 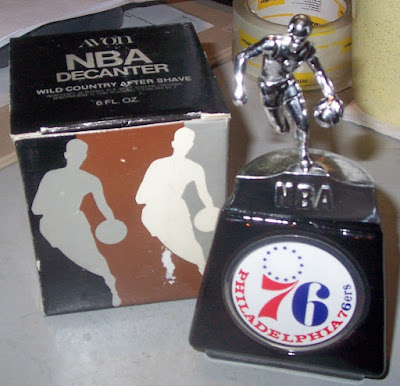 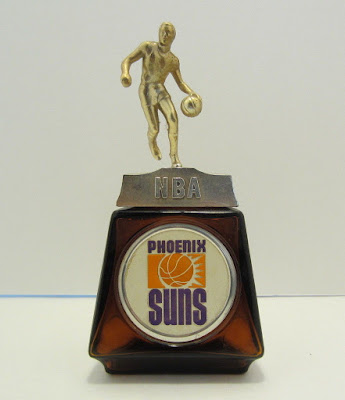 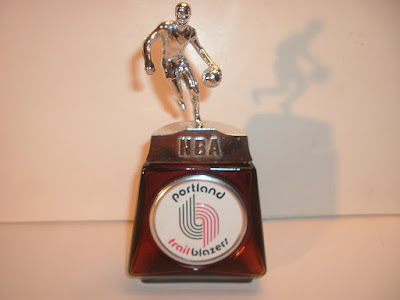 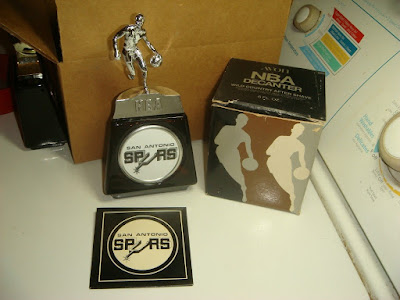 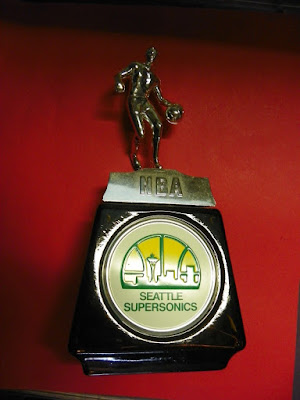 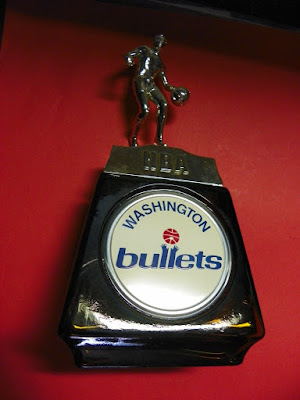 Just as with the NFL Decanters, the NBA Decanters contained Wild Country After Shave: 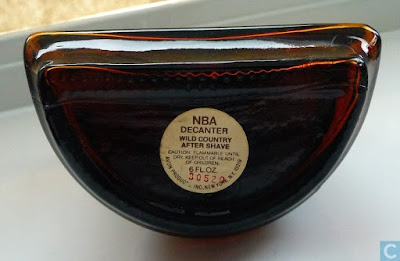 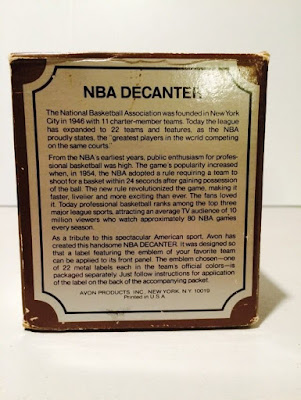 As with the NFL Decanters, the team emblem was packaged separately in an envelope with the team logo on the front as seen in this example:

The embossed metal team logos make a nice collectible by themselves.  Here is a near set of all the labels: 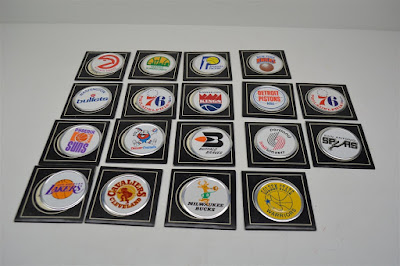 Based on scanning ebay for pictures of the different teams, it looks like you can still find these Decanters without too much difficulty as I was able to find auctions for just about every team.

Unfortunately Avon did not produce an MLB set.  I would have enjoyed trying to collect a set of the MLB embossed labels.
Posted by Fleerfan at 8:28 PM

i just cleaned out my dads estate and found an entire set of these nfl decanter labels. never out of their black sleeves. very cool will be happy to send pictures.