Thanks to Mike from the great Baseball Card Variations Guide Book Vol 2 for alerting me to the fact that there are 2 versions of the California Angels Fleer Baseball Big Sign.

One version has the Angels name with a lower case "a" 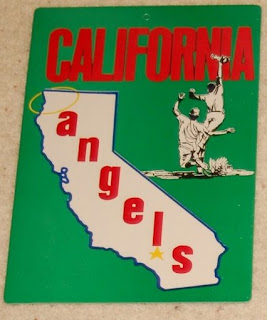 and the other version has an upper case "A", along with a darker shade of red 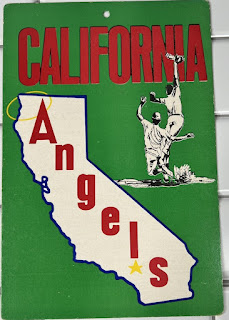 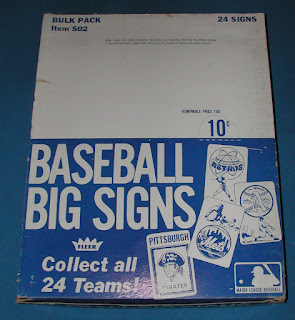 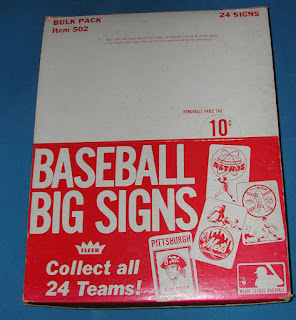 Unfortunately there is no date on the bottom of the box to help confirm: 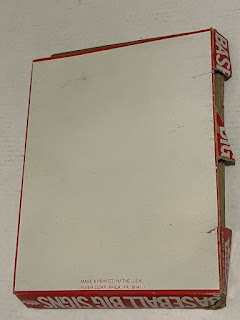 The boxes appear to be exactly the same, including the item #. It would make sense that the different colored boxes indicate that these were issued at different times, and help explain why they are identified as being from either 1973 or 1974.

In checking through old pictures of ebay listings I had saved, I did find a picture of a set with the small "a" with a blue box 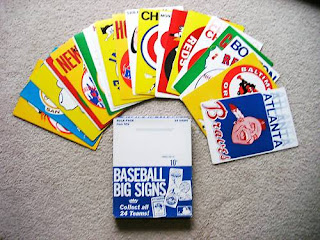 I also found a picture of the set with a red box, but unfortunately the Angles card isn't showing: 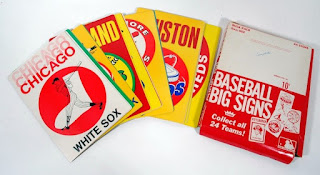 Based on the information provided by Mike on the Angels variation, along with the different colored boxes, I believe the sets were issued in both 1973 (blue box) and 1974 (red box).

Thanks Mike for passing this information along and helping shed more light on this set.

Now another set I need to collect, lol.

Uh oh. I'll need to go find the other one now. Thanks for posting this.