Picking back up where we left off after finishing the Fleer Baseball Cloth Patch review, Fleer also issued a set of Baseball Decals in the early 1970s. I don't know the exact year these were issued, but it would not have been earlier than 1972 given that the Texas Rangers are represented in the set.

Fleer had first issued baseball decals as inserts in their 1960, 1961, and 1962 Baseball Greats sets. This offering however, was not as an insert, but as its own product: 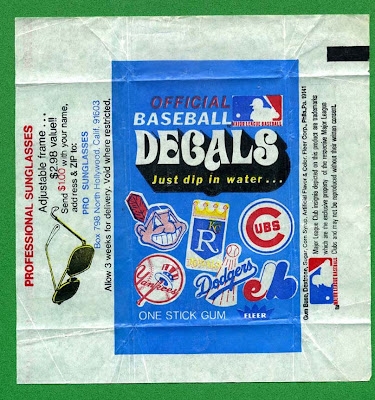 Each team appears to have 2 decals: One is a square decal with the team logo: 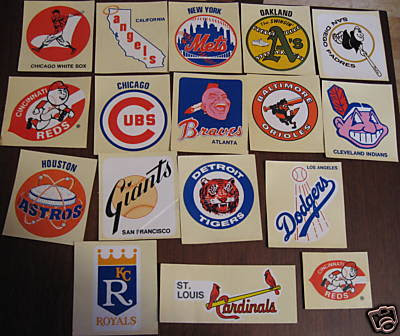 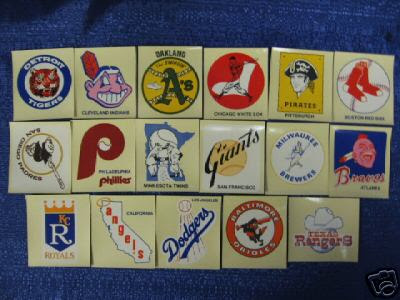 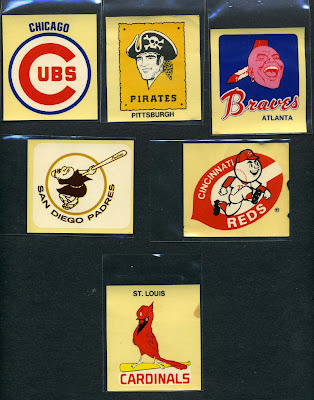 And the other is a rectangular decal with the team's name as it appears on their uniform: 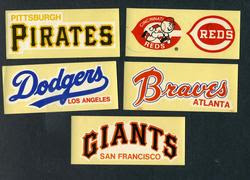 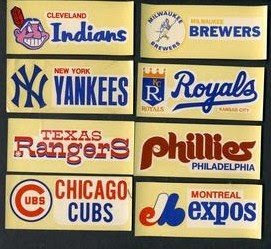 There was also an MLB decal as seen on the top left: 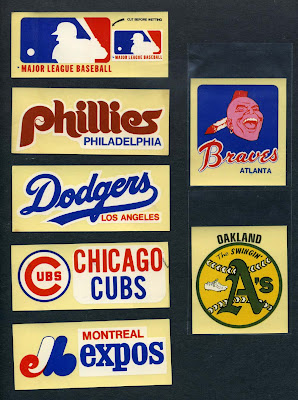 The backs have information on how to apply the decals: 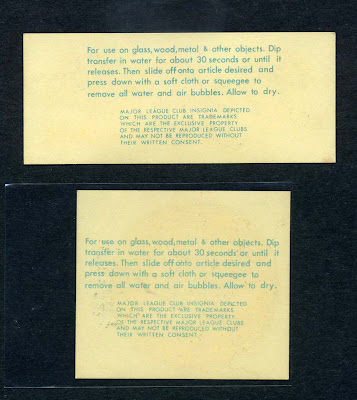 These decals are relatively difficult to find. From what I can gather, they were only released once, unlike the Cloth Patches, which were issued annually over a 7 year period. A number of the pictures I've posted come from fellow Fleer collector Barry who recently listed some of these on ebay.
Posted by Fleerfan at 7:29 PM

If I recall correctly the decals, like the cloth patches, had quiz cards for backing purposes. You have shown that the yellow Quiz Cards came with patches. I have many of the white Baseball Quiz Cards and perhaps these were the backing that came with the 1972 decals?

I have 16 of these decals. Do you have any idea what they are worth?