After an 8 year run of Cloth Patch stickers from 1969 - 1976, Fleer made a significant change in 1977 with their first glossy baseball sticker set, which they called "Grand Slam Hi-Gloss Baseball Stickers". 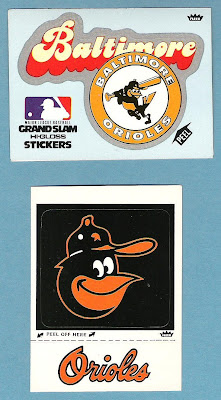 Each team had 2 different designs - a team logo sticker with the city name above the logo and a cap monogram / team name sticker which was an identical design to the previous cloth patch issues. The backs of the stickers are blank white backs.

For some reason however, the 2 expansion teams (Toronto Blue Jays and Seattle Mariners) had a logo sticker, but did not have a cap monogram / team name sticker. 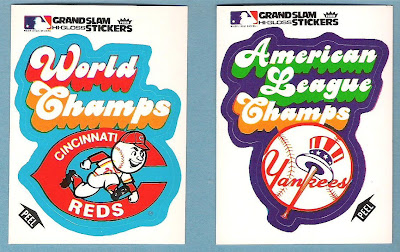 Here is a picture of the front and back of the wrapper: 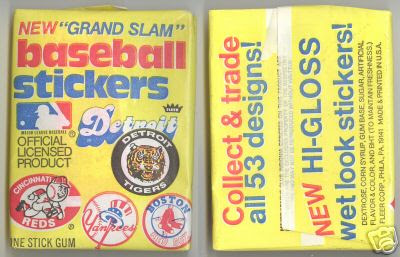 As well as a picture of the box:

Fleer was really playing up the fact they were moving from cloth patches to glossy stickers by claiming on the back of the packs that the stickers have a "wet look".

That is because each team logo sticker can be found with either 3 border color variations (blue, cream, & white): 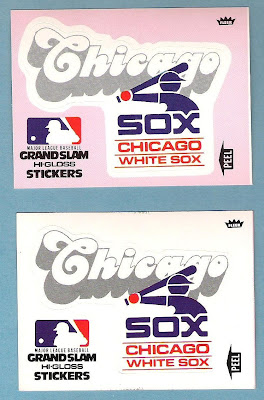 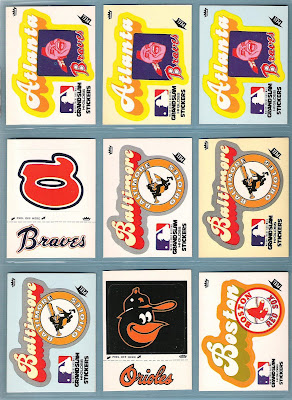 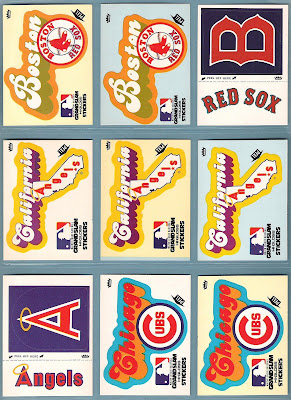 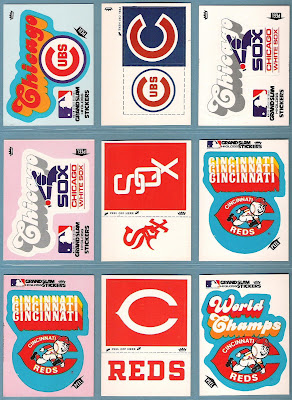 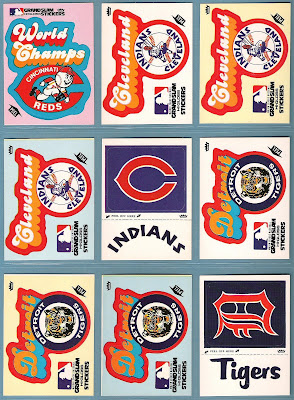 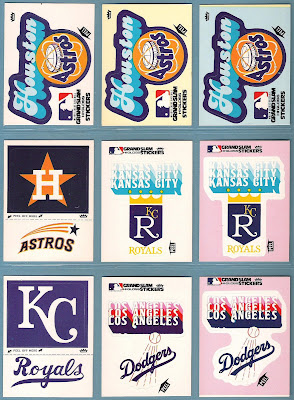 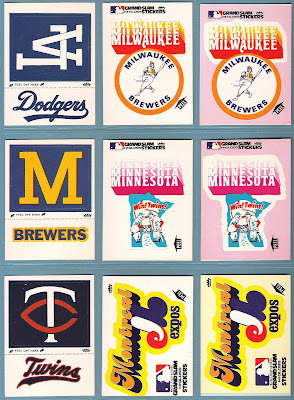 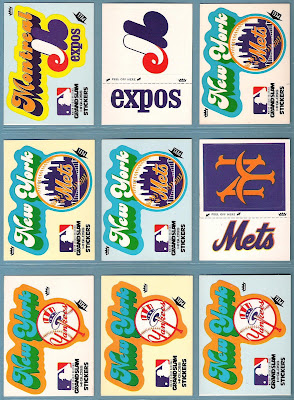 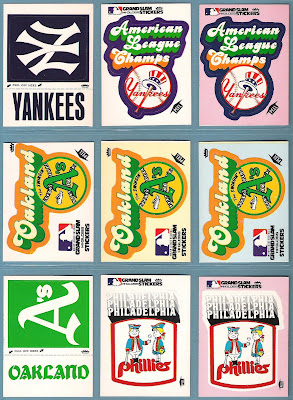 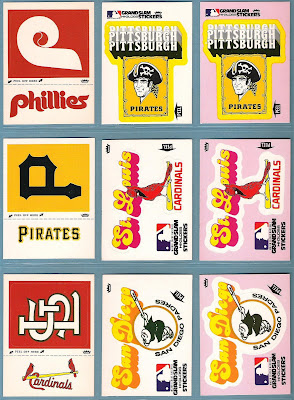 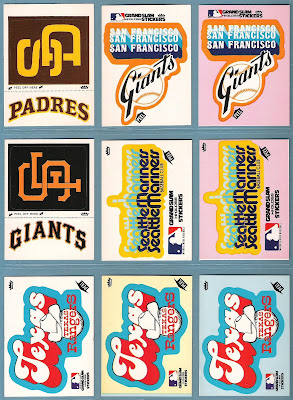 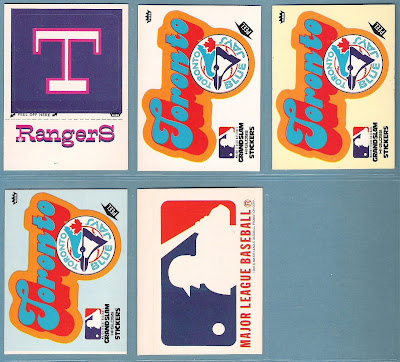 Starting with this release in 1977, Fleer would go on a 15 year run of producing glossy baseball team stickers, first as separate releases sold on their own, and then later as inserts with their baseball cards once the lawsuit with Topps was finalized, and Fleer was forced to find something other than gum to insert in their baseball card packs.

Thanks to Fleer Sticker Project contributor Troy, here is a review of the set that was originally published in the Sports Collectors Digest (SCD) on May 15, 1977: 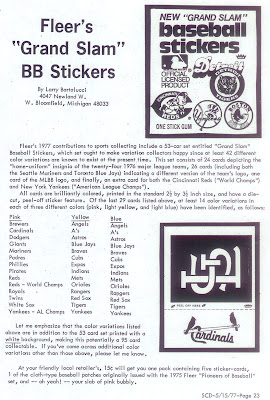 I LOVED those stickers! That was the first year I went after the whole set -- though not with the variations of the color backgrounds.

Probably also the first time I had disposable income from mowing lawns!

This was also the first year that I remember buying a number of packs trying to complete the set of all the teams.

At the time I could have cared less about the border variations - I just wanted all the teams.

Since this is the first Fleer set I really tried to collect, it will always be one of my favorites.

Just picked up a dozen boxes of the 1977 Fleer Grand Slam stickers. They look good but each pack has one cloth card included.

Thanks for confirming that there was also a cloth patch in the packs. In looking at the update that I had posted with the review from the SCD in 1977, it does mention that there were 5 glossy stickers and 1 cloth sticker in each pack. Interesting that there is no mention of cloth patches on the box or wrapper. I assume you did not get a Blue Jays or Mariners cloth patch - which leads me to believe they just used the same cloth stickers as the previous year and did not make changes to include the expansion teams.