A few weeks ago I posted a review of the 1976 Fleer Baseball Iron Ons. One of the most interesting things about this release was the unusual Cardinals logo on the back of the wrapper that I had never seen before: 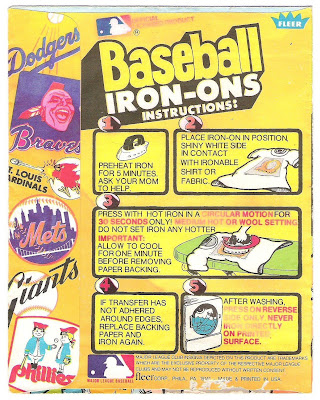 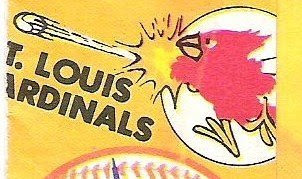 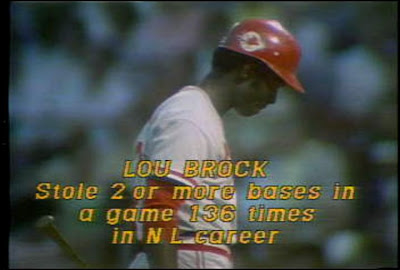 Paul's Uni Watch readers Brian Finch and Jennifer Jackson of the Cardinals Hall of Fame passed along this photo to Uni Watch showing what Lou had on the side of his helmet: 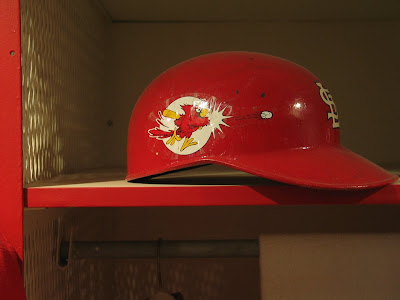 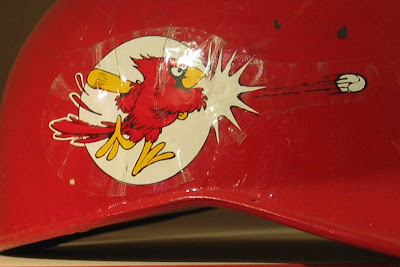 The Cardinals used this logo at least at some point during the 1975 season, even if it just appears to be a decal on the side of a batting helmet. This helps explain why Fleer presumably decided to use this logo for their 1976 Iron Ons (or at least on the wrapper). I haven't seen the actual Cardinals Iron On from this set so I'm not sure if the Iron On had the same logo as shown on the wrapper or not.

If anyone has seen any other appearances of this logo (perhaps in a Cardinals program or yearbook from 1975 or 1976), I'd be interested in hearing about it, since it appears this logo made just a very brief appearance before the Cardinals went back to their much more familiar logo (courtesy of Chris Creamer's Sportslogos.net):

Wow, that's a nifty logo. Too bad it didn't stick.

I love that old round one from the 80s

I'm curious.... Does anyone know the history of the round logo? I recently purchased a pennant that lists the 1934 Gas House Gang that has a version of that round logo on there. I don't know whether this pennant is old or made to look old. Wondering when was the first time the round logo showed up. Anyone know?