Fleer returned in 1987 with their 2nd Baseball Classic Miniatures set which once again featured that year's card design with different photos than those that appeared on the standard sized cards: 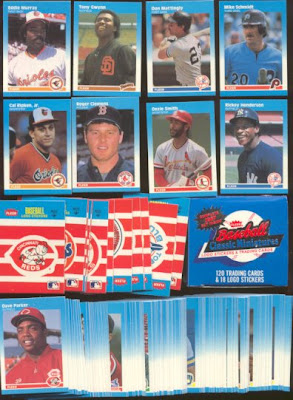 The team logo sticker set is identical to the 1986 set with both the red & white striped border design and the yellow stars against a blue background design with the exception of 3 teams which changed their logos from 1986 to 1987: 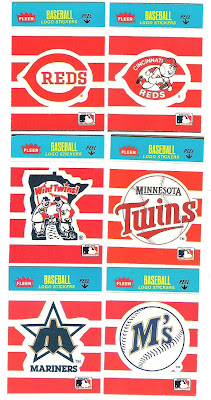 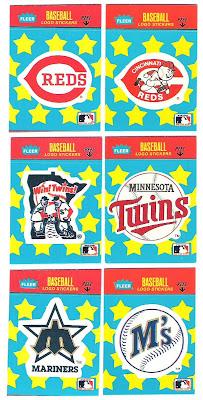 Other than the differences in the Reds, Twins, and Mariners stickers due to the logo changes, the remaining teams have identical stickers in both sets. 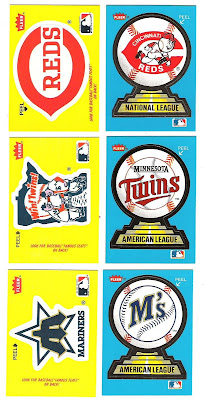