In 1986 Fleer issued its first miniature card set which contained 120 cards with the same design as the regular 1986 set, but with a smaller card size and different photos: 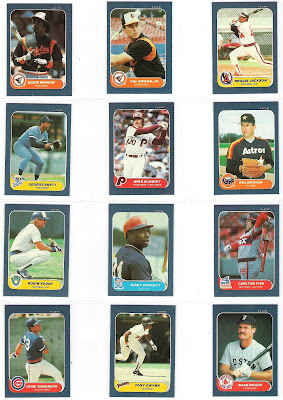 The cards were sold as boxed sets: 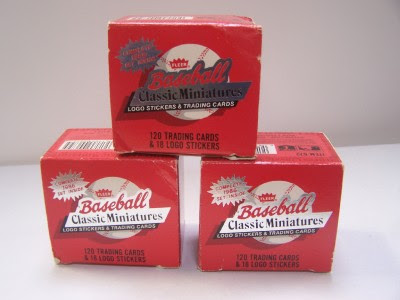 That would mean at a minimum, you would need to buy 3 boxed sets just to have a shot at the full set of team stickers. In reality, it takes many more given the duplication that you inevitably run into.

One of the designs has a blue top portion with a red and white striped border around the team logos: 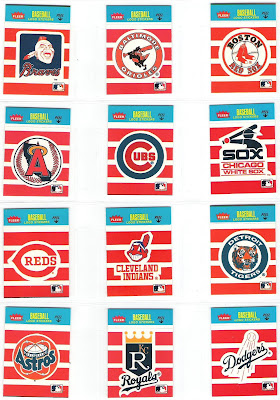 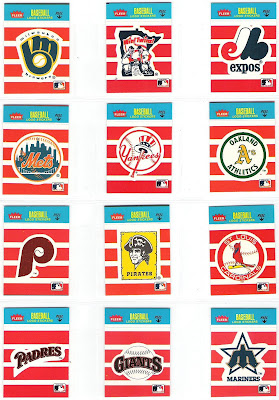 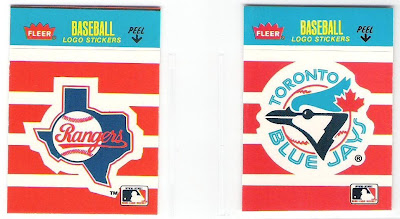 The other design has a red top with a blue background and yellow stars bordering the logos: 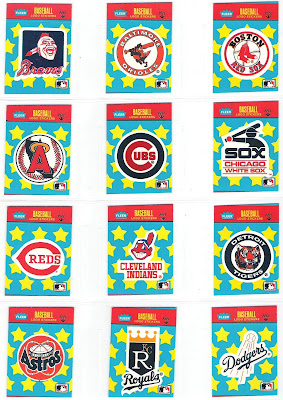 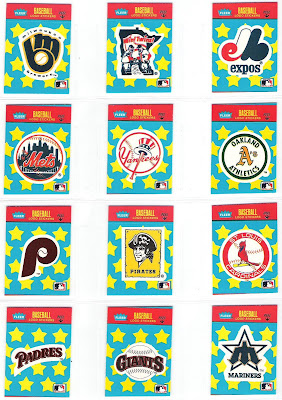 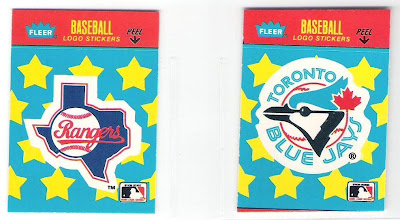 The boxes I've opened have either one design or the other, but not both designs mixed together in the same box.

The mini sets never proved to be very popular, but Fleer issued sets in 1987 and 1988 as well which we'll get to shortly.
Posted by Fleerfan at 8:22 PM

I would like permission to use one of your images on my web site.

The image is a picture of a complete Gatorade football helmet lid set along with the wall display.

I am creating a vintage Washington Redskins website and blog.

I will turn the image into an icon and if the user clicks on it they will go to a page that shows the two Redskins variations in the Gatorade series.