After 2 years of sticker designs featuring team logos on baseball trophies in 1987 and 1988, the 1989 Fleer stickers had the logos in front of a set of crisscrossed bats with red, white and blue flag bunting on the top of the sticker: 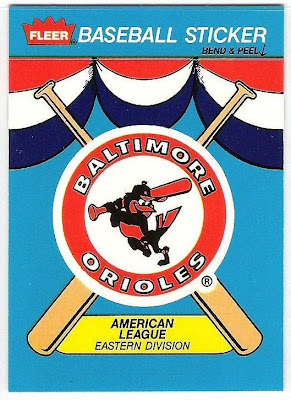 The sticker backs had Team History information. Fortunately, the histories on the backs of these stickers match the team on the front. Here is a look at the sticker fronts along with the corresponding backs (the backs are in reverse order as they are scans of the back of the 9 pocket sheet): 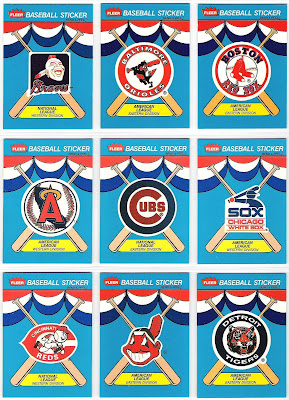 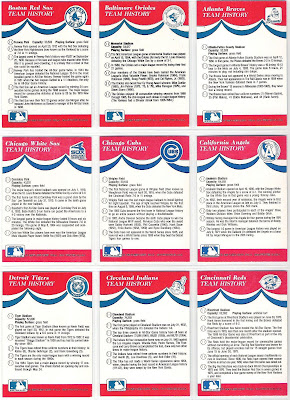 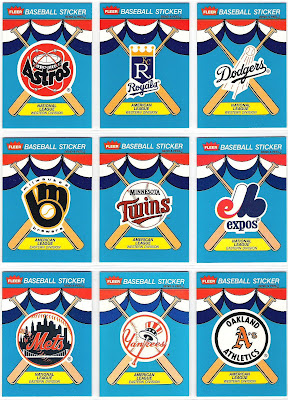 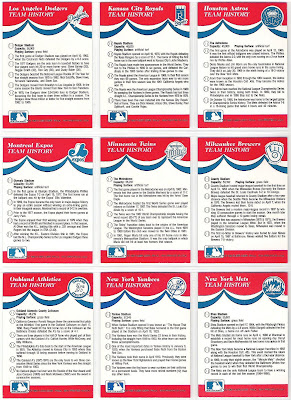 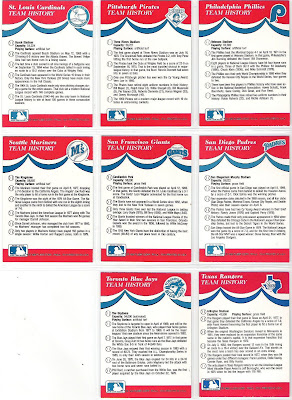 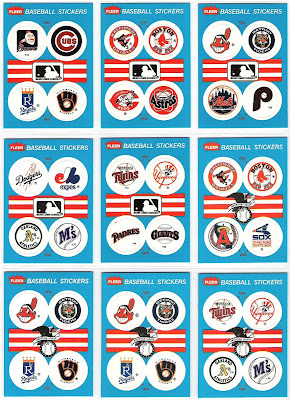 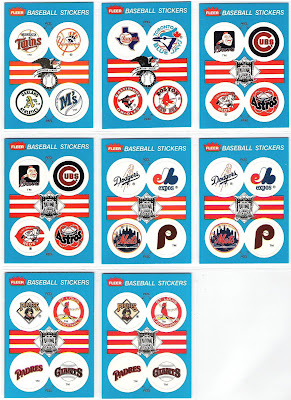 Of course, no review of the 1989 Fleer Baseball set would be complete without mentioning this card: 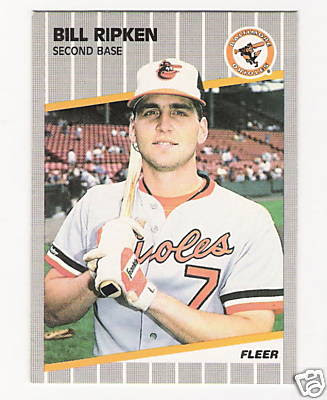 The hobby went absolutely nuts back in 1989 looking for the obscene version of the Bill Ripken card. For a great look at all the various versions that Fleer put out to try to correct this card, check out Billripken.com.

As usual, the stickers were inserts in packs (as we can see a Mets sticker peeking out from this pack): 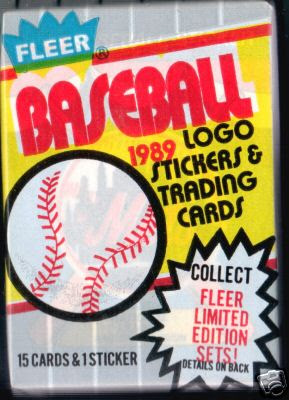 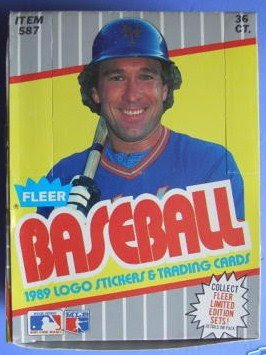 Stickers were also included in the Factory set:

as well as the Glossy Tin set: 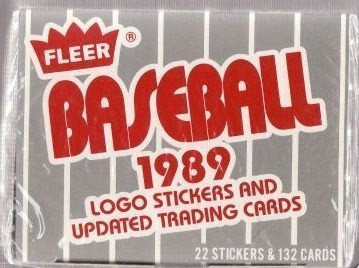 As a sign that the high end glossy parallel set idea had run its course, Fleer did not issue a Glossy Update Tin set as it had done the previous two years. 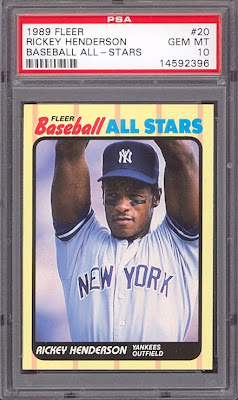 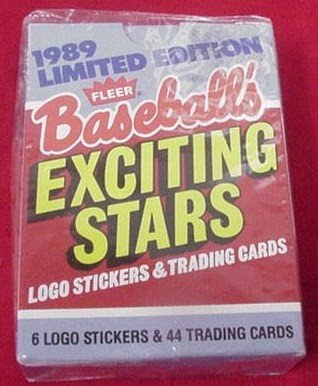 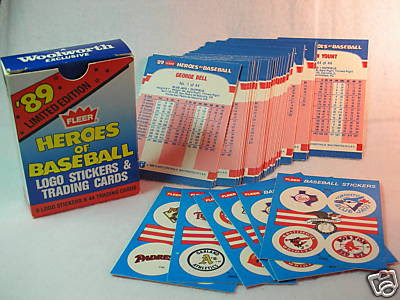 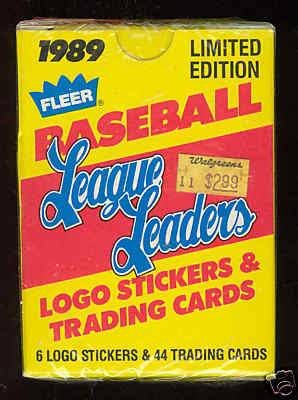 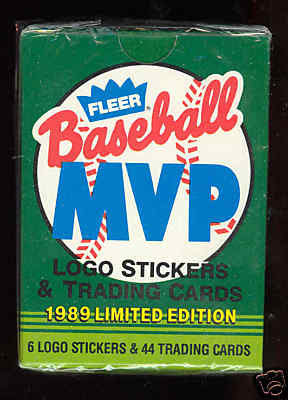 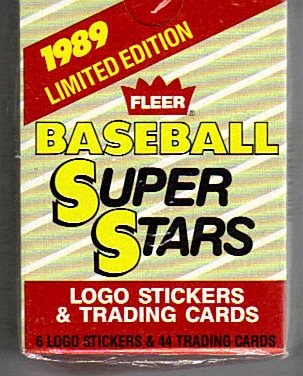 I think the fact that we can see Fleer scaling back a bit with fewer releases in 1989 shows that they were starting to realize that there was an upper limit on just how many different baseball items collectors could handle, especially with Score having entered the market in 1988 and Upper Deck launching their landmark set in 1989.
Posted by Fleerfan at 7:55 PM

The '89 Fleer Factory Set Box states there are 45 Stickers along with the 660 Base Cards. What's up with that, do you know?
I see your scans don't have 45 total, and my Factory Set has less than 45 (and one is duplicated).