Fleer once again included Baseball team logo stickers as inserts in their various Baseball products in 1990. 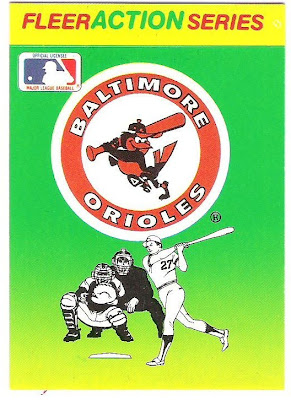 The fronts featured the team logo along with an "action" scene, hence the title at the top of the sticker: "Fleer Action Series".

The design is reminiscent of the look of the Fleer Baseball Big Signs from 1973: 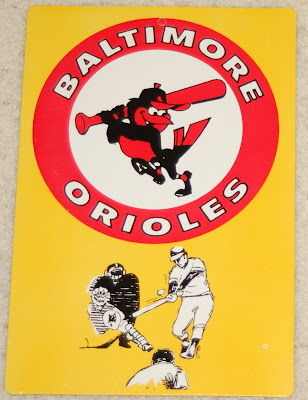 The backs feature a quiz with 4 questions related to the team on the front of the sticker: 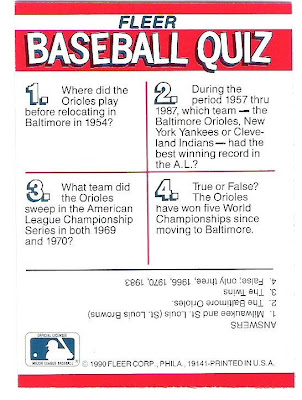 Here is a look at the entire 1990 Fleer Baseball sticker set: 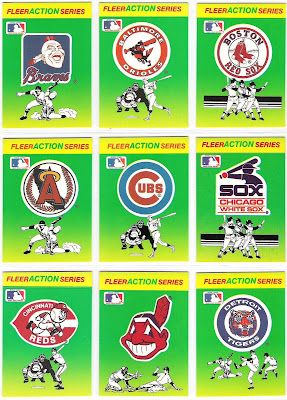 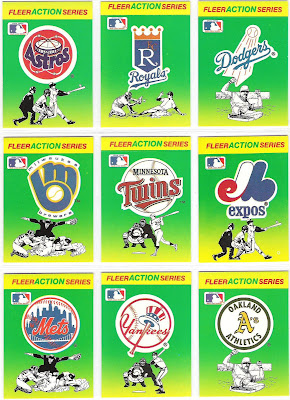 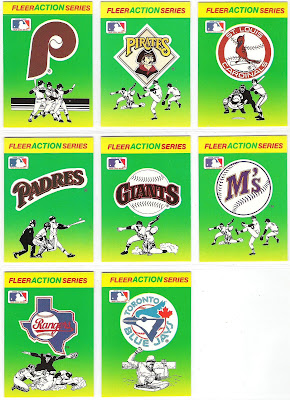 Just as we saw with the 1989 set, the 1990 set had a second design featuring 4 smaller logo stickers surrounding either the MLB, AL, or NL logo. Here are the "4 on 1" stickers: 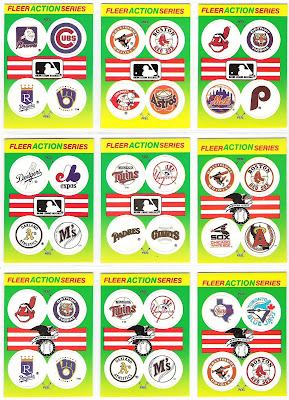 The stickers were inserts in packs: 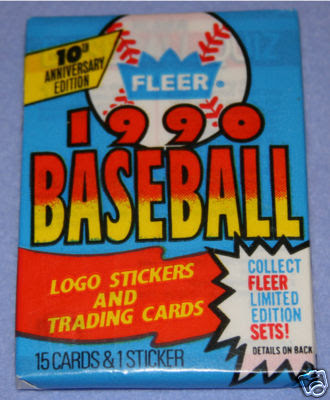 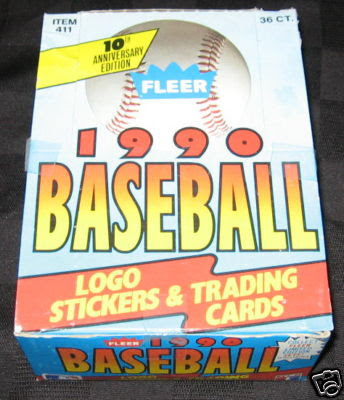 as well as the factory set:

and the update set: 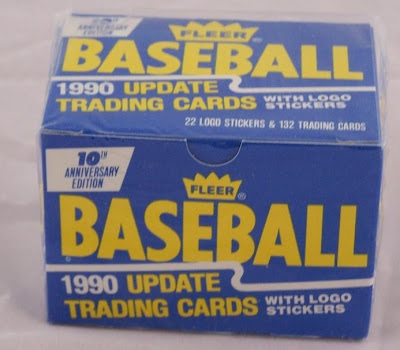 One interesting thing about Fleer's 1990 Baseball release is that Fleer issued a parallel set in Canada (similar to what Topps used to do in conjunction with O-Pee-Chee), which can be found with "PTD in Canada" on the backs as seen on back of this Cal Ripken card: 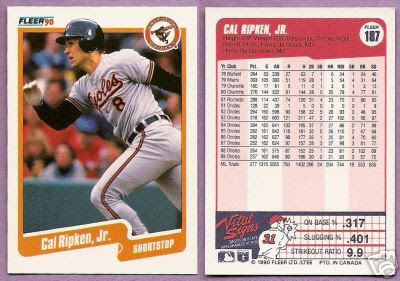 This wrapper also indicates the cards were manufactured in Canada: 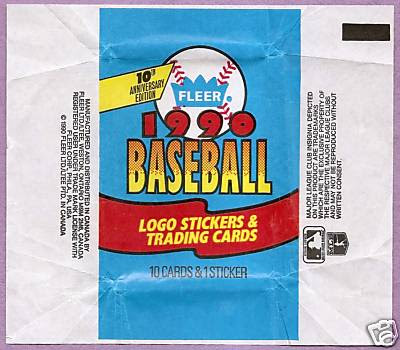 According to this wrapper, the Canadian packs only contained 10 cards while the US packs contained 15 cards. There is also no mention of collecting "Fleer Limited Edition Sets" like we see on the US wrapper.

The number of "exclusive" Fleer Box Sets for various retailers continued to dwindle in 1990 down to only 4 (although a few of these Box Sets also have Canadian versions!) after 6 in 1989 and 9 in 1988. 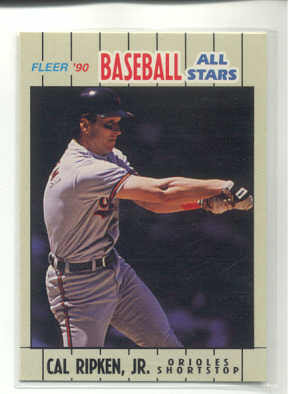 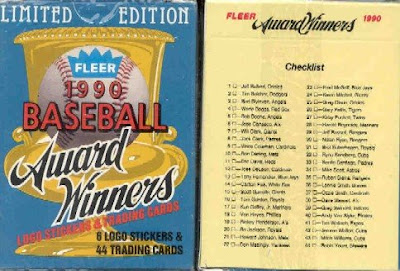 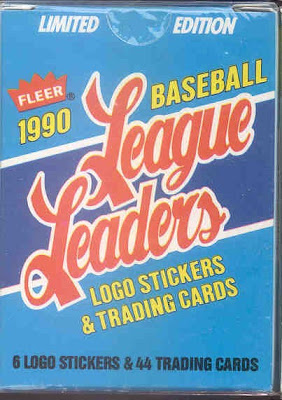 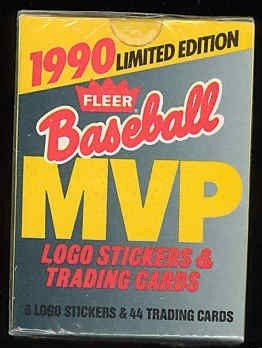 1990 was the last year that Fleer would issue these "Limited Edition" 44 card sets. As we'll see in the next installment, the team logo stickers would suffer a similar fate the following year.
Posted by Fleerfan at 8:28 PM

I found some in my garage. Are they worth anything?

No its better just to keep them or give them away