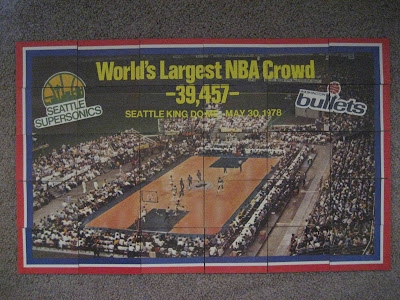 Unlike the 1976-77 and 1977-78 sets which had blank backs, the 1978-79 set had puzzle backs as shown above. I'd like to say Thanks to Craig for the scan of the complete puzzle. We'll be seeing more of Craig's puzzle collection in future posts as the remaining Fleer sets had puzzle backs each year.

As for the puzzle, it is interesting to note that the 2 teams featured on the puzzle no longer exist (with the Seattle Supersonics having moved to Oklahoma City to become the Thunder and the Washington Bullets having been renamed the Wizards) and the venue where this record setting crowd attended the game no longer exists either (the Seattle Kingdome). As for the record crowd, the attendance figure has been broken, with the new record standing at over 61,000 for a Pistons - Celtics game in Detroit in 1988.

The fronts of the stickers are the same as the previous 2 years (covered here) with a few exceptions. The most obvious change was that the Buffalo Braves moved to San Diego and became the Clippers starting with the 1978-79 season: 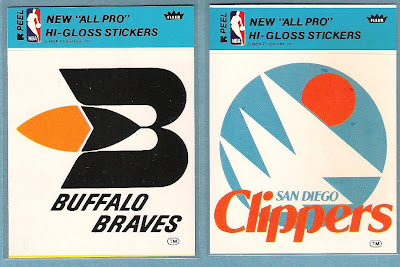 In addition, the Nets logo changed to reflect the team was now the New Jersey Nets instead of the New York Nets (and removed the ABA looking basketball in the logo): 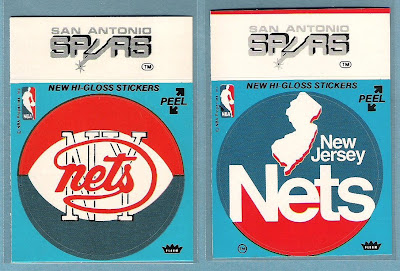 The 76'ers modified their logo as well: 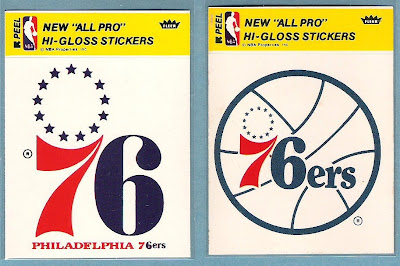 And finally, a minor change was made to the NBA logo that appeared on top of some of the teams stickers as the NBA Properties copyright changed to a TM: 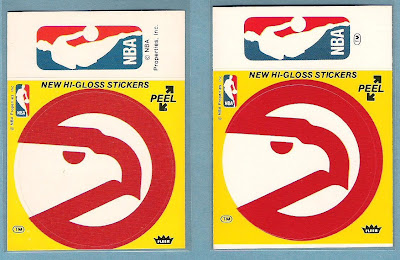 The wrapper promoted the fact that the sticker backs now formed a puzzle: 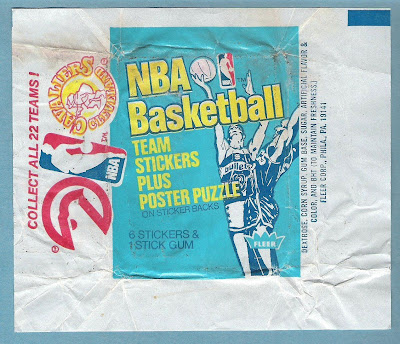 As did the box (again spotlighting the Sonics and the Bullets which is not surprising given they played in the NBA Championship the previous season): 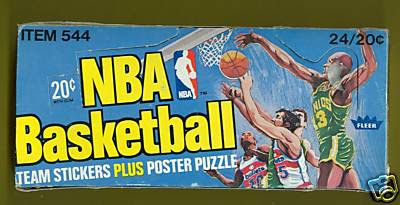